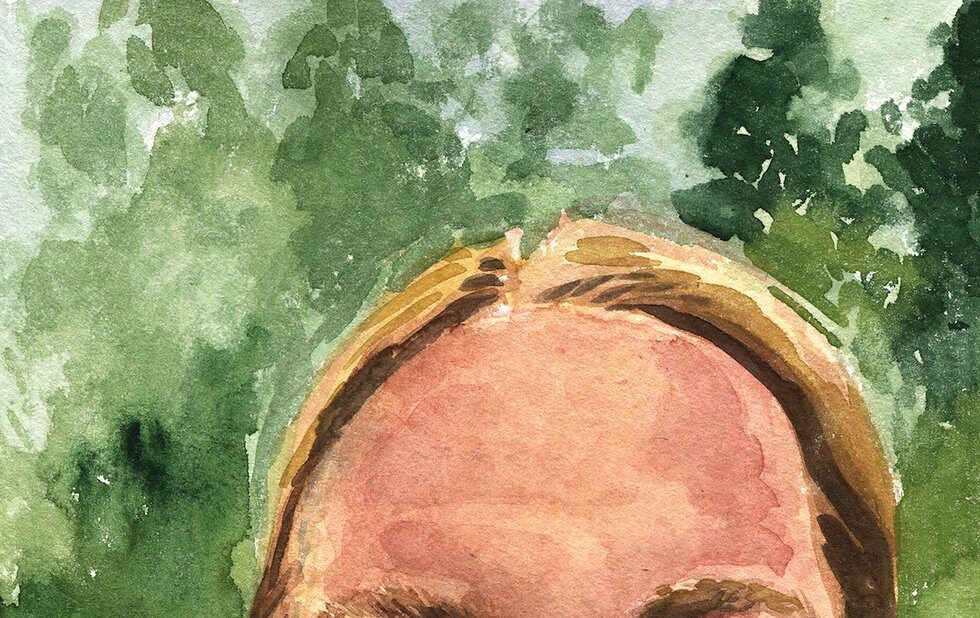 We’re running drop-ins and food distribution four days a week. We kind of all wear different hats. I’ve been here since 2009. I do outreach.

I didn’t start out as a social worker. I studied political science and history at U of T. I worked at Evergreen on Yonge Street for two years and at a food bank for a bit. I was working at a halfway house on Jarvis when I got hired at Sanctuary. It’s definitely been a huge learning curve for me, undoing narratives in my head on everything from family abuse to poverty and a deeper understanding of LGBTQ issues.

We see mostly adults, a good percentage are Indigenous. Almost half the people living in tents on our property are women. It’s not safe for them on the street because there are not as many eyes out there. The clients we are seeing now are also younger because the Works (safe injection site) shut down. So definitely there has been a shift here for us to support people we don’t know.

For the first month or so of the crisis, only 10 of the 59 drop-ins were open. Now there are 12 or so. So people are going where they need to for food. It’s a humanitarian crisis. We’re offering pretty much the only shower I know of in the downtown east. We’re letting in five people at a time. We’re screening everybody. All these protocols we’ve had to figure out on the fly with frankly no support. For us, it’s complicated because we don’t take city funding.

It’s estimated that 800 to 1,200 people in the shelter system have COVID. It took the city a long time to get hotel rooms for isolation up and going. We’re over a month in, they’ve acquired 1,020 rooms and there are over 7,000 people in the shelter system. It’s better than what we had, but mandating people to stay six feet apart in shelters that were overccrowded to start with is not going to stop them from getting COVID.

The logistics are a lot, but frankly this is the kind of response we really wanted from the mayor when we called for him to declare a state of emergency on homelessness two years ago.

We were already in the middle of the opioid crisis when coronavirus arrived. You know it’s coming so you’re racing against time trying to do everything you can to prepare and you’re feeling the effects of that trauma before it even hits. It’s PTSD before it happens. There’s this adrenaline rush for days, weeks, to keep people alive. The stakes are so high.

In some ways it’s too late. I think whatever we were able to accomplish in the first few weeks has more significance in terms of people’s likelihood of living.

I know people who don’t have housing and are terrified. But when we are able to offer even basic things like a washroom, they’re so grateful. Those kinds of things reinforce that what we’re doing matters.

Some of our neighbours haven’t been very nice about the fact we’re allowing tents on our property. But then you have random people who show up with donations. It’s been awe-inspiring actually. So honouring that generosity is important. I just don’t want people to die.