I have an STI how do I tell a potential partner?

Stuck with a dating dilemma? NOW’s new advice column I Love Them, But... will answer all your burning questions 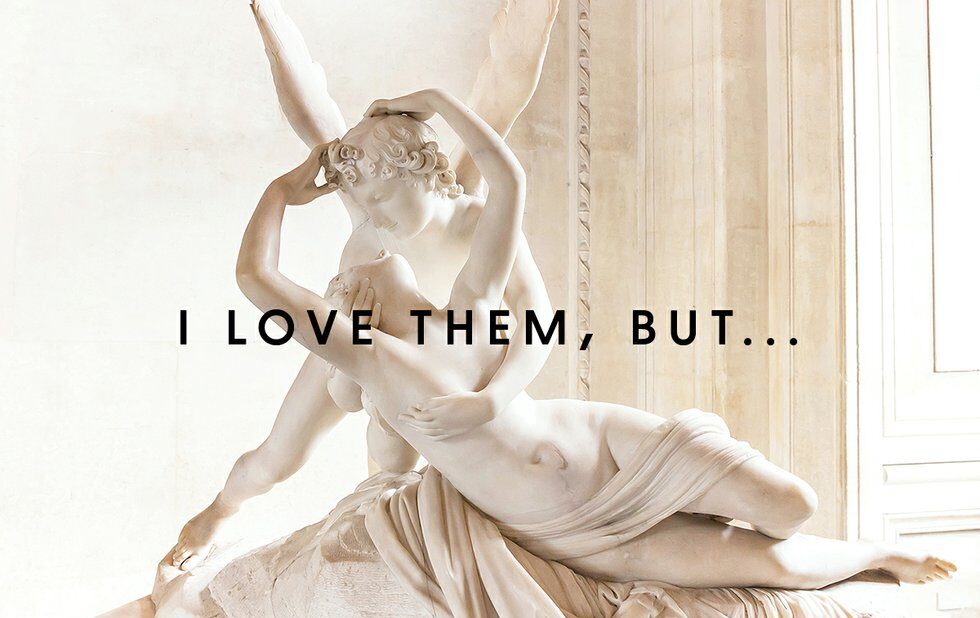 Meet your columnists: Samantha Edwards, a hopeless romantic who is deeply empathetic to a fault, and Natalia Manzocco, an emotional packrat with a 3.2K karma score on r/relationships. They’re here to save the day, or at least give you an excuse to blame someone else for your decision-making.

When and how should you reveal to a partner/potential partner that you have an STI, like genital herpes?

Samantha: Before I offer some practical advice about how to have a non-awkward conversation about STIs – because it is possible! – I want to get one thing out of the way first: the stigma and shame associated with STIs is not at all in line with how common they actually are. In Canada, around 75 percent of sexually active men and women will get HPV at some point in their lives, one in seven Canadians aged 14 to 59 have genital herpes, and since the 1990s, rates of chlamydia, syphilis and gonorrhea have been rising. A lot of people have STIs, but because it’s not something we casually talk about, it can feel like it’s a very rare thing.

To help answer your question, I chatted with Karen B.K. Chan, a sex and emotional literacy educator in Toronto, who says that when it comes to telling a potential partner you have an STI, it should be part of a broader discussion about sexual history that everyone should be having.

“Everyone has a sexual health history and something to talk about,” says Chan. “Tell them about how recently you were tested and for what, traumas you’ve survived and how they’ve shaped you, experiences with kink, dating with children, long-distance romance, things you like and don’t like.”

In other words: don’t think about it as a one-way conversation where you need to disclose your status, but as an opportunity for both you and your partner/potential partner to have a wide-ranging talk that also includes STIs.

As for timing, Chan says she knows some people who put it in their dating profiles so it’s out there right off the bat, while others will wait after a few dates or until it feels like the relationship might become sexual. A friend of mine has said having herpes is like a built-in litmus test: if her gut tells her she doesn’t feel comfortable disclosing this private information, the dude probably isn’t going to be good match.

When most people discover they have an STI, they immediately go down a panicky rabbit hole of WebMD searches, questionable forums and Go Ask Alice-type fear-mongering articles. So, before you have this conversation, equip yourself with real facts about your infection (How and when is it contagious? What are the risks? What are the symptoms?) from a reputable source, like Action Canada for Sexual Health and Rights.

And while it may be tempting to unload all this information at once, go slowly and give the other person a chance to react. “It’s so common for people to dump all of it in one go, hoping they can get it out before the person can even say, ‘This is too scary for me,’” says Chan. “It’s a very human thing to do, but it’s ultimately not helpful.”

It’s totally normal to feel embarrassed or nervous. But remember that 1) STIs are way more common than you think, and 2) you’re going to feel so much better once you get the conversation over with.

How can I begin to trust potential partners again after being ghosted so. Many. Times?  I’m so tired of investing in a new relationship only to be left out in the cold.

Natalia: First, I would just like to offer you some validation in this trying time: You are fully within your rights to not want to trust people again! People are jerks! Ghosting is a very real blight on the modern dating landscape, and I can’t say I blame you for not being super pumped to get right back onto that particular horse.

Secondly, if it helps, I’d like to remind you that the ghosting likely has more to do with what’s going on with the other person than you. Some folks — far too many of them — legitimately don’t care what the other person is feeling, as long as they got what they wanted out of your brief interaction (attention / validation / a roll in the hay / an Endless Shrimp Scampi plate at Red Lobster). Others get freaked out by the looming possibility of commitment and bail at the last moment.

Still others — and I would like to think this is where most people land, mostly to preserve what little faith in humanity I have left — don’t want to hurt the feelings of a legitimately nice person they just don’t feel a spark for, and dodge having to confront a difficult emotional truth in favour of putting the conversation off indefinitely.

Of course, the flip side to the above is that, regardless of cause, all of it looks exactly the goddamn same from the ghostee’s end of things: Unanswered texts, radio silence, the frustration that comes with having no concrete answer to a lingering question.

Assuming that the world’s population of singles doesn’t get its collective act together in the short term, I think it’s worth making some space for those self-protective instincts around getting your heart broken yet again, and finding some concrete ways to indulge them. Setting yourself some ground rules for communication with new potential flames could be a good way to give yourself some protective structure as you navigate those vulnerable early stages of courtship.

Maybe it’s that you won’t double-text (which, as I’ve recently learned, is the kids’ new term for sending two messages without getting a reply in between). Maybe it’s that you’ll write someone off after a week without hearing from them. It might not completely remove the sting of never hearing back— but it could at least keep you from spending precious headspace on a situation that ends up going nowhere. (I would also suggest deleting their contact info once they’ve failed to meet your threshold for communication, but I’m a Cancer, so I never delete anything.)

In the meantime (and this may go without saying), be sure to uphold your end of the communication bargain: Keep up correspondence (within reason) and be honest and upfront with potential partners about what you do and don’t want out of dating. It’ll scare off some of the window-shoppers — and, with any luck, serve as a selling point for those prospects who do mean business.

And when you feel your heart hardening a little more than you’re comfortable with, just remember: Past performance is not a guarantee of future results.

Got a question for I Love Them, But…? Send it to life@nowtoronto.com

dating I Love Them, But life Love & Sex relationships