Renewed confidence in the condo market brought prices up five per cent, following a year of mass exodus in Toronto real estate 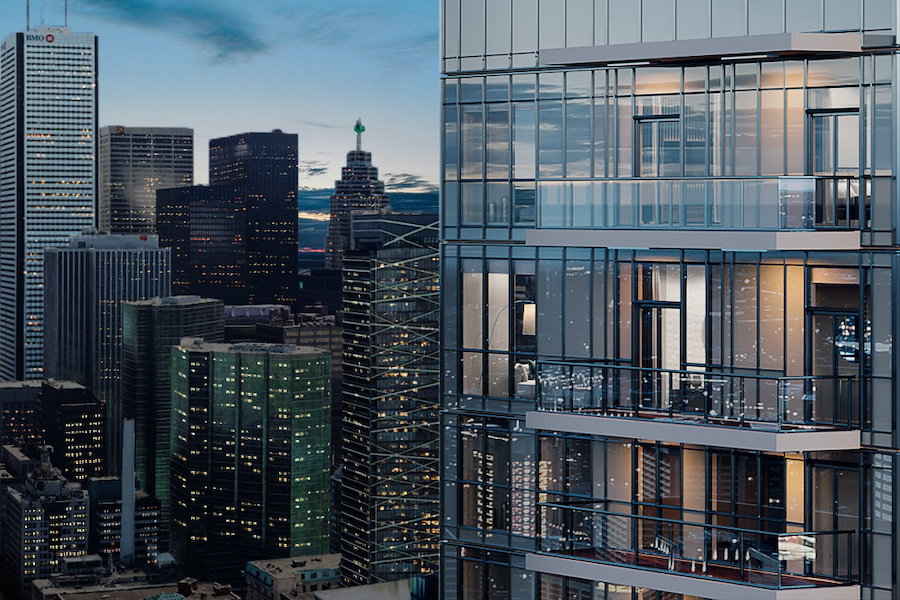 An artist rendering of the penthouse at Concord's Central development.

The condo market is bouncing back according to the Toronto Regional Real Estate Board (TRREB). While overall sales in the Toronto real estate market are down 15 per cent from the same time last year, 1,756 condo apartments exchanged hands in July, according to TRREB’s latest market report.

That flurry of activity brought the average Toronto condo price up to $715,977, nearly five per cent more than this time last year, when the COVID-19 pandemic decimated that segment of the real estate market.

“It’s easy to be up five percent from this time last year,” says WE Realty’s Odeen Eccleston. “We were still in the thick of the mass exodus – Torontonians moving out into these rural areas.”

Eccleston also adds that there’s a renewed confidence in the condo market, particularly with re-openings and the expectation that immigration will once again bring in new tenants and buyers as border restrictions loosen-up.

“Last year at this time, Airbnb was banned,” says Eccleston. “Now it’s back up and running. Investors are seeing that it’s still a viable option.”

In a statement, TRREB President Kevin Crigger chalks the uptick in the condo segment up to first-time home buyers who didn’t benefit from the initial recovery phase in the real estate market.

A two-bedroom bungalow in Toronto listed for $2.3 million.

Freehold homes still out of reach

Eccleston adds that buyers are also motivated to enter the condo market because of the lack of inventory in the freehold market (detached, semi-detached and townhomes) that leaves them priced out. “It’s increasingly elusive,” says Eccleston.

The number of Toronto detached, semi-detached and townhomes combined sold in July doesn’t match the match the number of condo transactions. The average price for a detached in the Toronto real estate market for the month of July was $1,633,649. That’s a four per cent drop from the previous month, a clear indication that prices are cooling but still out of reach.

According to TRREB’s market report, the most affordable areas in Toronto in July were the core’s east side – including Cabbagetown, Regent Park, Moss Park and the Canary district – and central Scarborough. Average selling prices in both areas in July were $742,832 and $759,472 thanks to a high volume of condo sales.