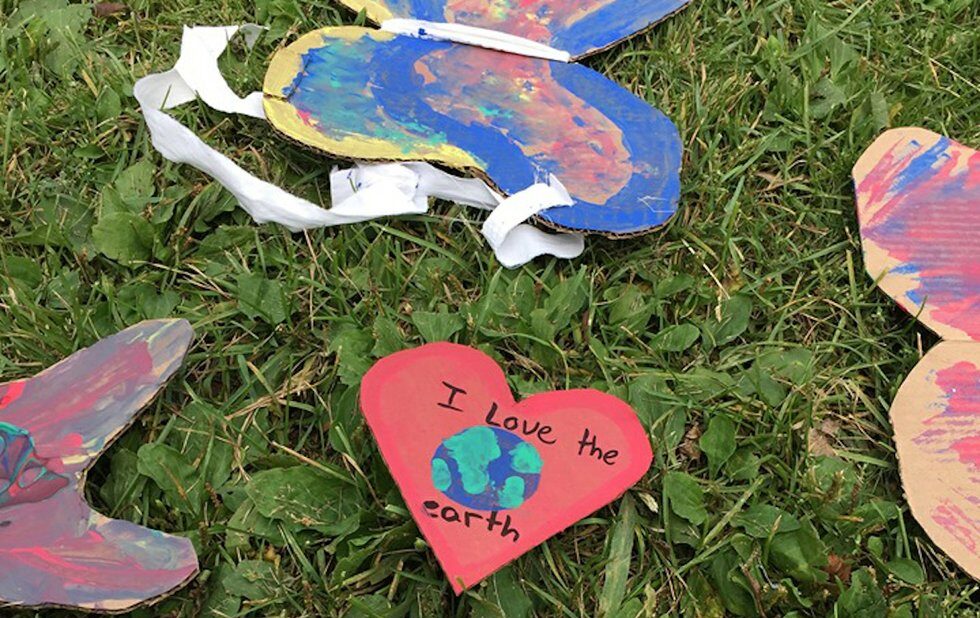 A few years ago, Lee Adamson hosted what she calls a “party with a purpose.”

Although she was active in her own neighbourhood environmental group, Adamson had never met any of the members of other green groups whose posters she would see in the city or projects she would hear about through word of mouth.

“We could all get together and connect our communities that have a shared interest in environmental issues,” says Adamson. So she invited them over to her house to discuss ways they could all work together to grow the movement fighting the climate crisis.

After that initial get-together, Adamson and members of other local and city-wide environmental groups launched the Green Neighbours Network (GNN) last year.

The network consists of some 20 neighbourhood green groups and a dozen city-wide partner organizations, including the Toronto Environmental Alliance, Park People and the Toronto Tool Library.

“We want to help people understand the environmental problems in their neighbourhood and what they can do to address them,” says Adamson. “The other goal is to provide a social support network for people who are worried about the environment but don’t know what to do. The supportive, social aspect of GNN is very important.”

Along with sharing resources, GNN mentors residents who are interested in starting their own local groups and helps connect them to organizations working on related issues, such as healthcare, transit and social justice. 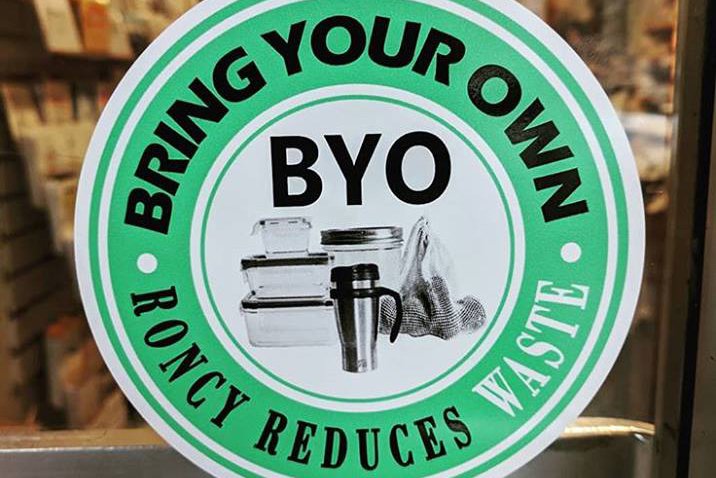 Founded by Tina Soldovieri earlier this spring, more than 60 local businesses have joined the mission of encouraging residents to bring their own reusable containers like cloth bags, travel mugs and takeout containers while shopping to reduce their amount of single-use plastics. Since launching, the concept has caught on across the city. The Beaches, Junction and Baby Point have all started similar initiatives. Facebook.com/roncyreduces 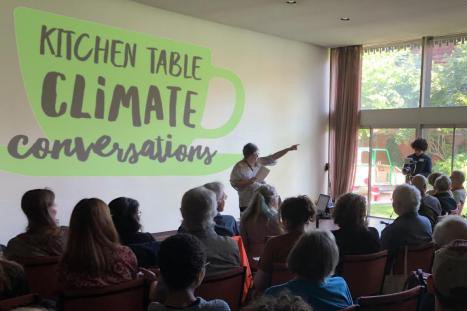 The premise of Kitchen Table Climate Conversation (KTCC) is simple: teach every day Torontonians how to lead discussions about the climate crisis with friends, neighbours and co-workers. The goal is not so simple: KTCC plans to organize 1,000 conversations before the federal election. More than 70 people from across southern Ontario participated in the group’s first training session earlier this year and are now ready to facilitate their own conversations using the KTCC toolkit, which includes scientific images, discussion questions and brainstorming exercises. Climatefast.ca/kitchen-table-conversations 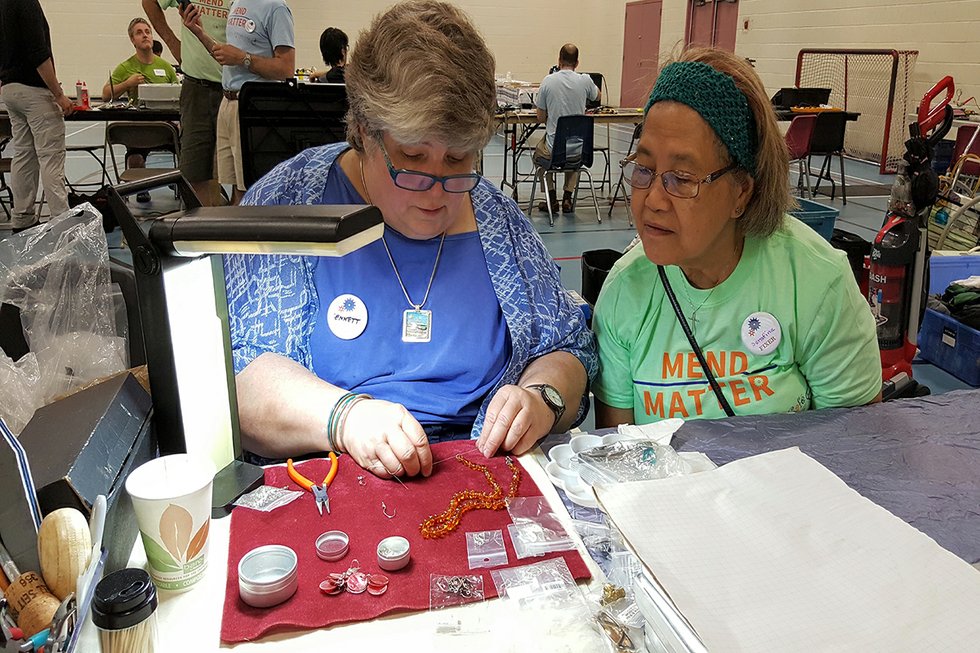 This grassroots, volunteer-run group organizes repair clinics across the city where neighbours can learn how to fix basic household items like small appliances, electronics, clothes and jewelry. Rather than tossing a pair of jeans with a ripped knee or glasses with a broken arm, skilled “fixers” can help you restore your items so they don’t end up in the landfill. Repaircafetoronto.ca 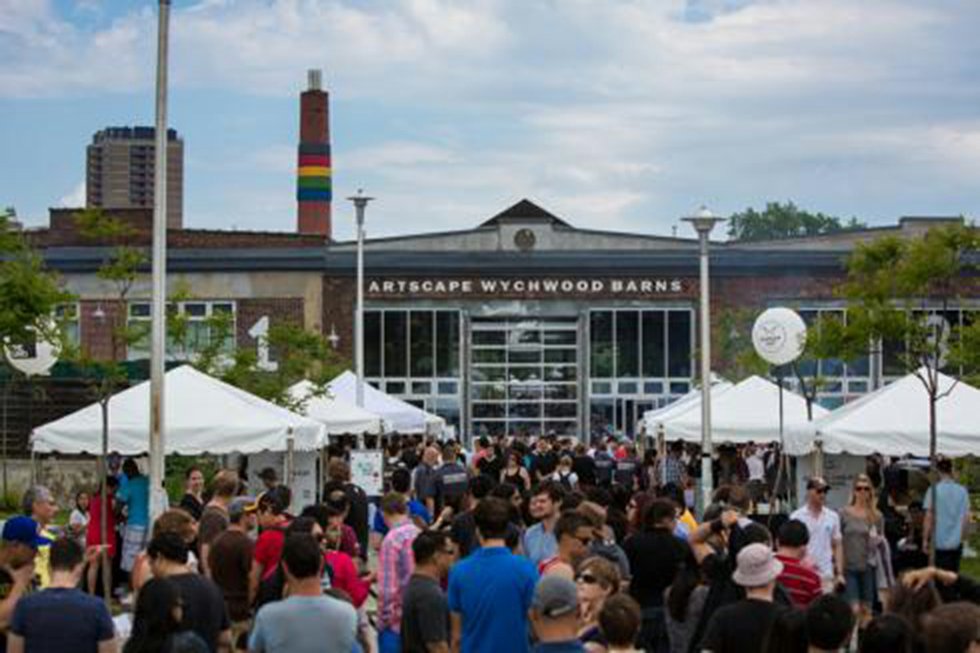 EcoFair at the Barns 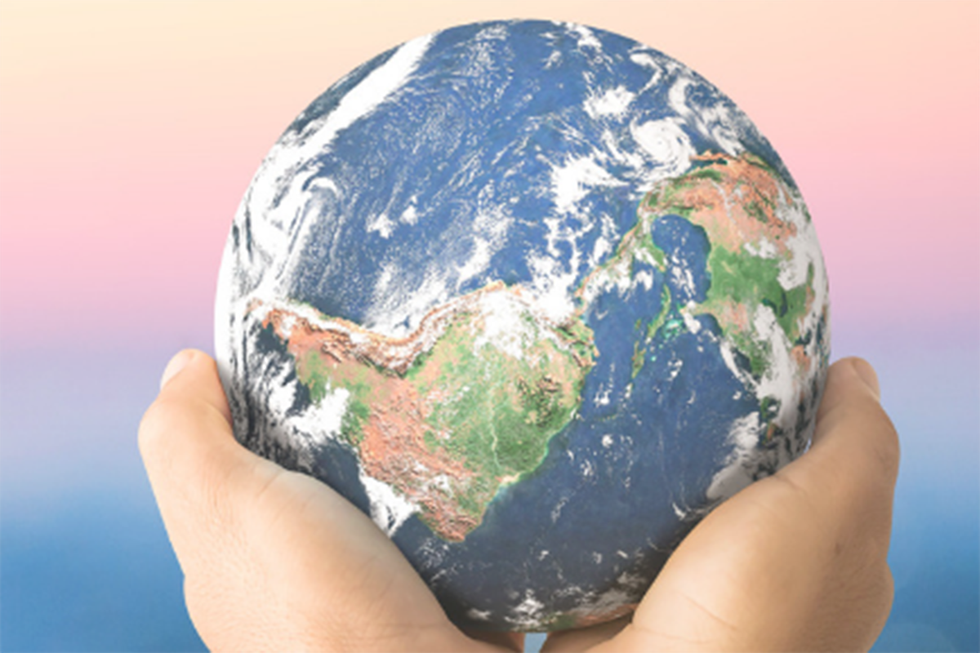 Named after the former Ward 13, which covers High Park, Swansea, Bloor West and the Junction, Green 13 formed more than a decade ago with the aim to build a more resilient community. The group has created an Adopt-a-Tree program, an initiative where residents care for approximately 140 trees in the Junction business area. Currently, the group is part of Canada-wide movement to hold 100 environment focused debates ahead of this fall’s federal election. Green13toronto.org