Video: A quick chat about slow cinema and The Green Knight

In a video conversation, actors Dev Patel and Joel Edgerton explain how they surrendered to director David Lowery's deliberate vision of the Arthurian legend 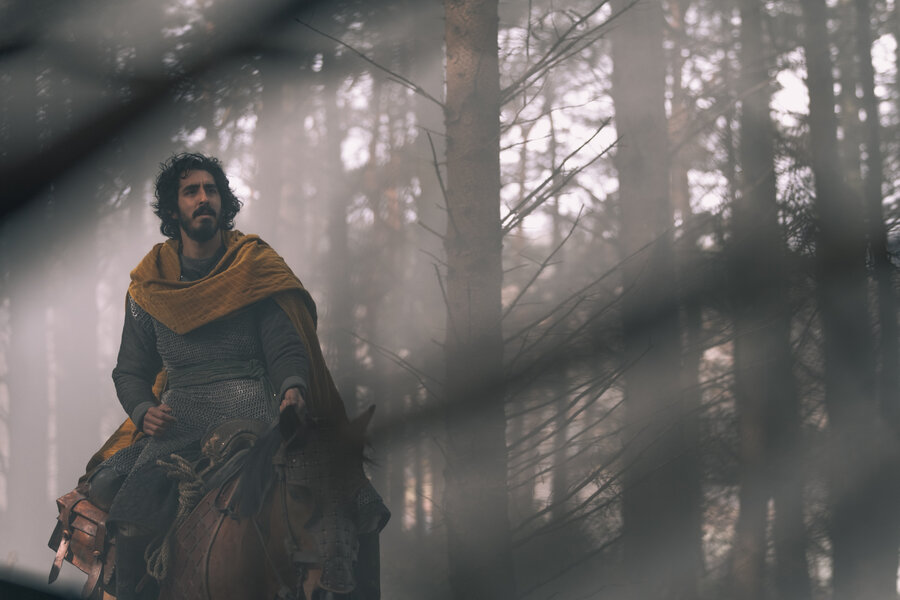 Gawain (Dev Patel) trembles at the thought of meeting his destiny in The Green Knight.

Thanks to the wonders of the virtual press junket, I have four minutes with Dev Patel and Joel Edgerton to discuss The Green Knight. The tiny sliver of time is pretty standard for this sort of situation, but it’s also weird to be rushing so consciously through a conversation about a movie that insists you experience it very slowly.

As much as The Green Knight is an adaptation of the Arthurian legend about Sir Gawain’s supernatural encounter with an unearthly swordsman – whose mystical challenge to return whatever blow Gawain deals him in one year’s time becomes an apparent death sentence when Gawain decapitates him, thus ensuring the same fate for himself – it’s also a meditation on mortality and destiny, played out with the same deliberate gravitas as writer/director David Lowery’s A Ghost Story.

Patel plays Gawain as a callow young noble; Edgerton is a lord who offers him lodging on his quest to honour his pledge to the Green Knight. And my first question is, how did they prepare for something like this? How does an actor find the performance that serves this very specific vision?

“I just hand myself over and say, ‘Tell me what to do, and tell me how far to collaborate and trust,’ and just be a part of an incredible experience,” says Edgerton. “To me, it’s really about the handing over and giving of trust.”

“I agree with that,” Patel says. “It is a process of submission. You read a script like this and it’s so utterly unique; it kind of had me in a spell. David is a filmmaker that deals with time in such a beautiful way in his movies that you can really feel space and time. And in this he really warps it, and talks about the consequences of certain decisions and explores that space, which I thought was really beautiful.”

“There are times on set where you definitely feel like, we’re just here to tick boxes,” Edgerton says, speaking of certain other movies he’s made. (The actor played a rather different version of Gawain almost 20 years ago, in Antoine Fuqua’s King Arthur.) “‘Let’s get this shot, let’s get [that] shot, let’s get this shot.’” In Lowery, the actor found “someone who’s actually just willing to kind of go, ‘Okay, you teach me as much about character as I can teach you, and let’s explore this scene and allow things to move, and allow the actual shoot to teach us how to keep going. There’s no sense of ticking boxes; it’s like new boxes are appearing. ‘Well, how do we colour in this box?’”

In addition to the opportunity to wander through a medieval world, The Green Knight  offered Patel an entirely new challenge: one key sequence finds him playing an older version of his character, meaning the actor – best known for his wide-eyed, youthful energy in everything from Slumdog Millionaire to The Personal History Of David Copperfield – got to see what he might look like in middle age.

“It was really quite confronting, actually, as the makeup was being put on,” Patel says. “It was hours of a wonderful team threading each gray hair into my mustache and my beard, one by one. I spoke to David a lot about that, the physicality and stillness, and trying to find a man that’s a bit weathered by the weight of expectation finally getting everything that he wanted, and at what cost.

“I don’t [often] play those characters because I’m generally quite a hyperactive being, normally,” he laughs. “It was a treat.”