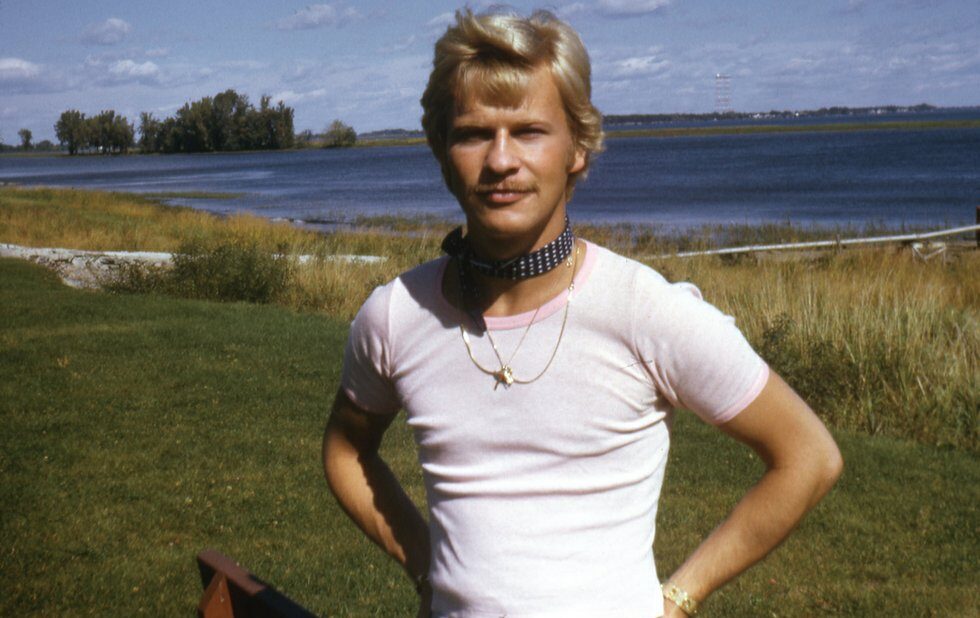 “You can be in a situation where half your friends are dying,” Lynd recalls. “You don’t know what’s causing it. There was only legacy media – newspapers, television and radio – and they weren’t covering it. You can’t talk to your family about it because there’s all this shame and stigma still around being gay.”

Lynd revisits the early days of the AIDS epidemic in his thorough and heartbreaking documentary Killing Patient Zero. (Read our review here.) And he finds an emotional and emblematic anchor to that watershed moment in queer history in Gaëtan Dugas.

The Air Canada flight attendant from Quebec City, dubbed Patient Zero, was long considered the man who brought AIDS to North America. That was how Dugas was painted in And The Band Played On, Randy Shilts’s revelatory 1987 book on the epidemic. Shilts was a former San Francisco Chronicle reporter, a gay man and, as such, the only mainstream journalist dedicated to covering AIDS.

The way Shilts described it, Dugas, who died in 1984, was a ravenous sex fiend who flew back and forth across North America maliciously spreading the virus to unsuspecting flings. In one section of the book, Shilts describes a guy visiting San Francisco bathhouses whom he unsubtly hints is Dugas: “He would have sex with you, then turn up the lights in the cubicle, and point out his Kaposi’s sarcoma legions. ‘I’ve got gay cancer,’ he’d say. ‘I’m going to die, and so are you.’”

Criticizing Shilts’s book, Crimp writes: “Thus ‘Patient Zero,’ the very figure of the homosexual as imagined by heterosexuals – sexually voracious, murderously irresponsible – is Shilts’s homophobic nightmare of himself, a nightmare that he must constantly deny by making it true only of others. Shilts therefore offers up the scapegoat for his heterosexual colleagues in order to prove that he, like them, is horrified by such creatures.”

Lynd’s documentary sets out to dismantle the idea of Patient Zero and rehabilitate Dugas’s name. The flight attendant’s friends and co-workers are among the talking heads, sharing personal anecdotes about the handsome, out-and-proud flight attendant who contracted HIV at a time when no one knew anything about it. Dugas voluntarily contributed to AIDS research with his diary and blood samples. His assistance in the fight against AIDS, the documentation of his sexual activity in particular, is actually what Shilts and the media drew from to then blame Dugas for the epidemic.

Not that Lynd’s documentary is out to vilify Shilts either. Killing Patient Zero also explores the reporter’s fight against the systematic homophobia within the Reagan administration, which callously dismissed the issue. And The Band Played On made Dugas an unfortunate scapegoat, but Shilts’s coverage also put AIDS on the national agenda.

“I read [And The Band Played On] in the late 80s,” Lynd recalls. “It’s what made me aware of the extent of the homophobia in terms of how slow the response was. It prompted me to write one of my first short films, RSVP, which was an exploration of the grief that I was feeling for all these lost lives.”

RSVP was cited in scholar B. Ruby Rich’s influential essay New Queer Cinema. Rich also happens to be featured in Killing Patient Zero, as is Fran Lebowitz, among others who add context to Dugas’s era with personal and intimate recollections about growing up gay in the 50s and 60s. Back then, mainstream TV either portrayed being gay as a crime or mental illness – or not at all. They recall how the Stonewall riots and then gay liberation led to lots and lots of celebratory sex.

“It’s the first time in recorded history that gay men and women could have sex without fear of being arrested,” says Lynd. “They were kids in a candy store.”

By setting up that history, with emotional recollections from those who witnessed it first-hand, Lynd helps us understand how hard AIDS hit when it did. Twelve years after homosexuality was decriminalized in Canada and eight years after it was delisted as a mental illness, there was suddenly a new crisis stigmatizing gay sexuality.

But since the medical establishment was slow to provide scientific evidence that the virus was sexually transmitted, Dugas continued to have sex.

“He’d been told to stop having sex by a profession that’s been trying to cure gay men,” says Lynd, empathizing with Dugas’s distrust and resistance to the establishment. That stubbornness and refusal to be hemmed in by a homophobic system is part of what Lynd admires about Dugas.

“He was openly gay, happily gay and defiantly gay at a time when that wasn’t easy to do in a professional workplace and to do in all corners of your life,” says Lynd.

“That took a lot of courage that we forget now because of all the wonderful advances we’ve made in gay rights.”