In Jensplaining and the book The Vagina Bible, the Canadian OB/GYN debunks celebrity-backed quackery and useless products marketed to women 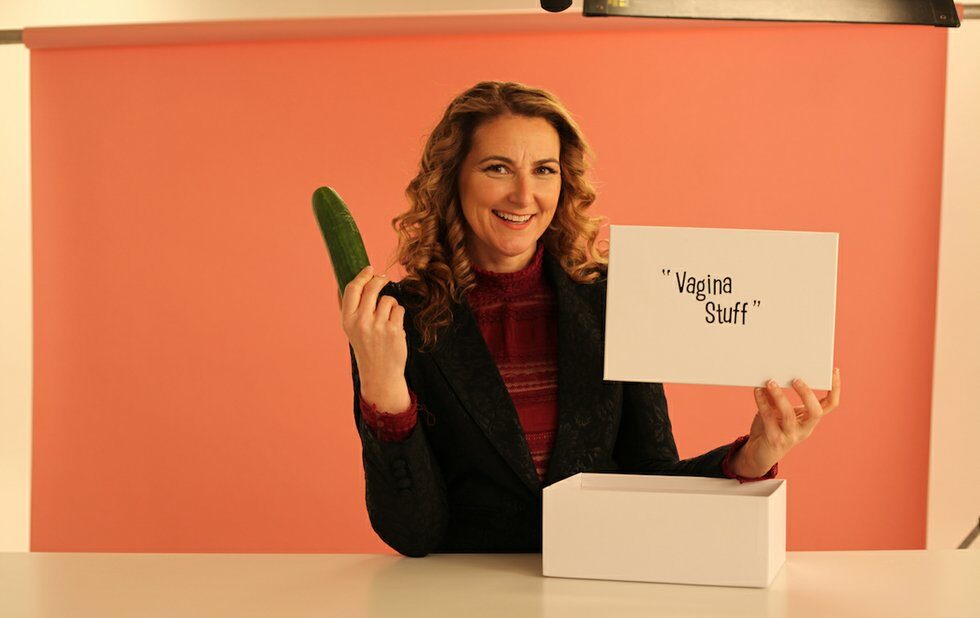 Jen Gunter is about to be everywhere. Goop should be worried.

The San Francisco-based OB/GYN has been pushing back against misinformation regarding women’s health and well-being for years – in her practice, as a columnist for The New York Times and of course on Twitter, where she calls bullshit on celebrity-backed wellness trends, folk remedies and government attempts to restrict reproductive rights on a regular basis.

But her platform gets a lot larger on Friday (August 23) with the launch of a 10-part web series Jensplaining on CBC’s Gem streaming service, in which she discusses crucial health topics with experts and civilian friends in casual, comfortable settings. The show drops just a week after the launch of her first book, The Vagina Bible, which more thoroughly investigates and explains women’s health issues.

“There’s so much pressure against young women,” Gunter tells me when we sit down at the CBC shortly after the show was announced. “You go into grocery stores or supermarkets or wherever and you see, like, all these useless products that are sold to women – and then you try to tell these women that they don’t need those products and they’re like, ‘Well why do they sell them? Why are there shelves of them?’ And I always say, ‘Well, they sell cigarettes, don’t they? Just because they sell something doesn’t mean it’s good for you.’

“But the messaging is just so intense – so many women’s magazines, on the cover it’s all about ‘Do you smell?’ ‘Is your pubic hair okay?’ And I’m like, ‘Jesus Christ, man, if he’s not worshipping at your altar – whether you’re in a heterosexual relationship or whoever you’re partnered with – if they’re not worshipping you, you’re with the wrong person.

“If somebody is judging how you are, especially your intimate places, you should be rethinking that relationship. They should think your whole entirety is a goddess.”

So if you’re involved with a company that specializes in making a buck on crystals, coffee enemas or vagina steaming, well, things are about to get a lot more difficult.

Gunter’s entire mission is to offer hard facts to counter the misinformation-based marketing of health myths, quack cures and conspiracy theories about Big Pharma, and to deliver those facts cleanly and clearly.

“Science hasn’t done a great job of making science accessible, from the way we teach kids in school all the way up to how we all live our lives,” Gunter explains.

“And it’s kind of all at our peril, because we all need science. I mean, science keeps the airplanes in the sky, it keeps our food safe. It does everything for us. We don’t appreciate that.”

“There’s nothing like getting attacked by a celebrity to raise your profile,” she jokes. But the attacks came just after she taped an episode of Tim Caulfield’s series A User’s Guide To Cheating Death for Peacock Alley.

“Tim did an episode on detoxes, and he came to my house and interviewed me in my kitchen on vagina steaming,” Gunter says, “which is when Gwyneth Paltrow and Goop attacked me for being ‘strangely confident’ – which is a weird charge to level against an expert, right? But it goes back to the whole distrust of science and distrust of experts thing.”

Goop’s attempts to undermine Gunter – and the blowback that followed – got Peacock Alley thinking about possibilities.

“They were looking at my blog and we just started talking and batting ideas around, and then they came back with this format and I thought, ‘Oh, that sounds cool – I know nothing about television, but I’m game!’

“They hired a couple of great female writers, and we had a great female director… and by the second or third day, all the guys working on the show were like, ‘Yep, vagina episode.’ They were just saying all the words like it was nothing, which is how it should be!”

Each episode focuses on a specific topic, including menstruation, vaccinations, beauty, online advice, menopause, weight loss and sex. The show isn’t aimed solely at anyone with a vagina Gunter believes “everybody in Canada should know all about the clitoris and all about periods and all about vaccines, because these things matter.”

The Vagina Bible is similarly aimed at everyone who has an interest in women’s physical and sexual health – and, yes, this includes cis men. It’s a clear, brightly written text dedicated to “separating the myth from the medicine” on the vulva and vagina, ranging from basic care and maintenance to sub-topics like toxic shock syndrome and whether the speculum has a racist legacy. (A lot of people think it does, but the truth is more complex than that.)

I ask Gunter whether she chose her book’s title as a political act since we’re somehow in a cultural place where the words “vagina” and “bible” can be read as provocation by some groups.

“I mean, I sort of thought about that a little bit,” she says, “and then I thought, ‘Well, I got where I am today by not worrying about what people think. So I should probably just go with that.’ That’s my brand.”