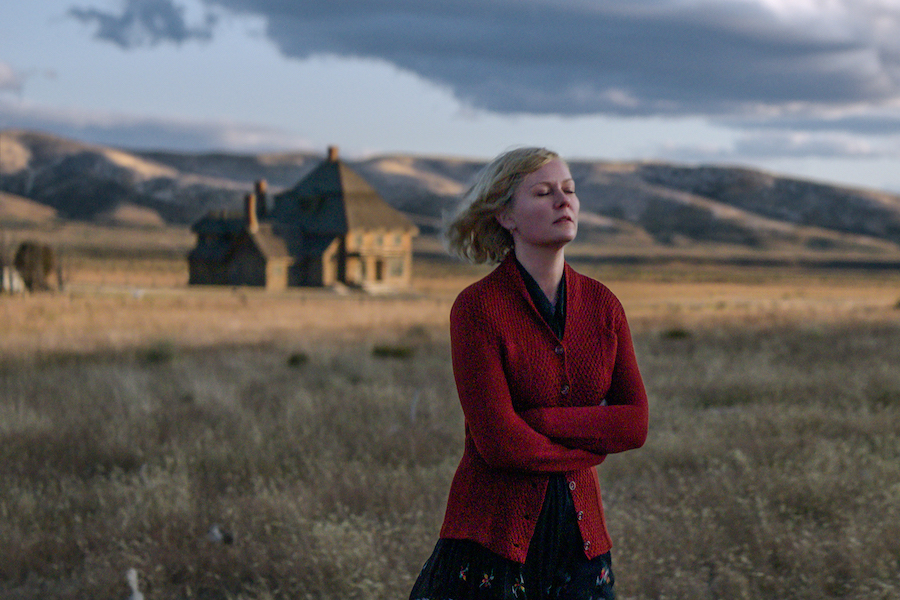 Kirsten Dunst isn’t a big fan of that meme y’all are sharing.

“I don’t get it,” says The Power Of The Dog star, referring to a still image lifted from her performance in Sam Raimi’s Spider-Man. She doesn’t think the meme is very funny. And she is already siding with people who are sick of it. “I was like, ‘Me too!’”

I, on the other hand, kind of love it. The meme borrows a moment from Spider-Man when Dunst, playing Mary Jane Watson, is at her lowest. MJ’s acting career isn’t panning out. She’s working at a diner. As Tobey Maguire’s Peter Parker runs into her on the street, Watson, out of embarrassment, tries to cover up her uniform. But her employer steps out onto the street, berating her loudly in public for coming up short on her till. Watson can only snap back that she gets it.

It’s a humiliating and vulnerable moment for Mary Jane Watson, but social media has latched onto the defiance on Dunst’s face. The image is reframed with quotes that make Dunst’s character appear as though she’s speaking up for a defenseless and oafish looking Peter Parker in the background. A moment of weakness is re-appropriated, flipped into something powerful. Sure, it’s a joke. But it also seems to just grasp Dunst’s vibe. She demands re-evaluation and turns weaknesses into strength.

“He’s not a DJ he’s a PRODUCER.” pic.twitter.com/3Sqv8LmUhs

Dunst is that actor who as a teen confronted hyper-sexualization by starring in The Virgin Suicides, Sofia Coppola’s stunning debut feature about young and put-upon women channeling sexual energy into desperate acts of rebellion. She’s also the actor who, after recovering from a severe bout of mental health issues, gave one of the greatest performances in Lars Von Trier’s Melancholia, channelling dark and debilitating feelings and pouring them into a rare film that really grapples with depression. Dunst puts her vulnerability out there and makes that frank honesty her superpower.

You can see that in her performance in The Power Of The Dog, too.

“It was playing an old part of myself,” says Dunst, referring to the insecurity she puts on screen in Jane Campion’s Western as Rose, a mother crumbling in a toxic environment. And for that emotional performance, Dunst has been the subject of the most awards season buzz in her already laudable career.

The Power Of The Dog is a critical look at masculinity and repressed sexuality, in which Dunst’s Rose is cornered like an emotionally terrorized bystander. Cumberbatch plays an alpha male rancher named Phil. Jesse Plemons plays his polite and passive accounts-minded brother George. The latter brings home Rose as his new wife, which Phil for some reason finds threatening. Phil begins gaslighting Rose, while she can only respond by spiralling into depression.

“Playing Rose was not really a fun role,” says Dunst, describing the vulnerability and dark spaces she had to tap into for Campion, an iconic filmmaker who can also be rather intimidating. Dunst’s performance and the way she describes the tortured experience drums up memories of Shelley Duvall in The Shining. “It’s nice to be done with the movie and be able to hang out with Jane [Campion] in a different way; have a good time and go to dinner and not be stressed out about making a film.”

Dunst is generally taking a more relaxed attitude to her work, a common side effect to parenthood. She recently gave birth to her second child with Plemons, who is her partner as well as her co-star.

“After my first child, there is a sense of freedom where you’re less hard on yourself,” says Dunst. She echoes so many parents who stop measuring their self-esteem against their careers, but also find they end up taking more swings and performing better at work without that critical pressure. “There’s always another take. We’re not even using film these days. So it’s like, ‘Who cares?’ Anything goes. It gave me more freedom.”

While she’s currently reaping praise for her performance in The Power Of The Dog – along with the kind of awards chatter that has somehow eluded her throughout her career – Dunst has noticed more and more fandom online. There’s a new or perhaps more vocal generation celebrating everything she’s given us, like Interview With The Vampire, Dick and Sofia Coppola’s critically panned revisionist take on Marie Antoinette, which as the discourse today will now tell you, was well ahead of its time. “Marie Antoinette gave permission for people to have more freedom with period films.”

“And then they made many, many, many other Bring It On’s after that,” Dunst says laughing. Unlike that meme, she gets the appeal, and adds that she’s been discussing making a sequel with co-star Gabrielle Union and director Peyton Reed. “The script would have to be good. It would have to be so good, because otherwise it would just be very sad.”

Watch the video interview with Kirsten Dunst below. The Power Of The Dog opens in theatres Wednesday (November 17) and drops on Netflix Canada on December 1.