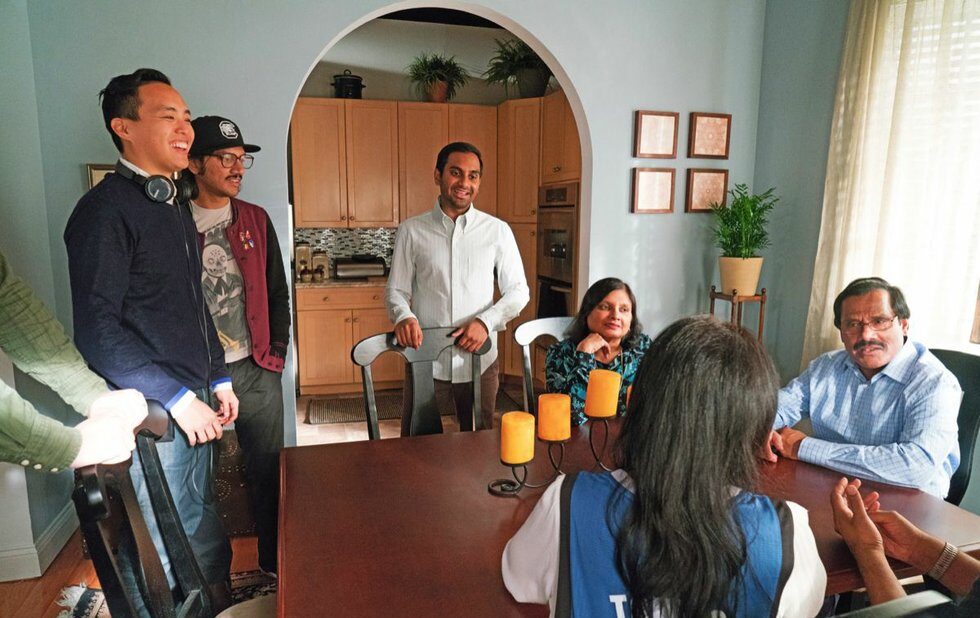 Master Of Nones Alan Yang (left) says you shouldnt assume you understand a persons point of view just because youre "a brilliant creative person."|Lena Waithe co-wrote the episode about her characters coming out.

May has been a terrible month for diverse voices in Canadian media, which seem hell bent on covering minority experiences while keeping their distance from minorities.

Earlier this month, Desmond Cole ditched his column after his activism against police carding made the Toronto Star brass uncomfortable. Last week, the editors at major Canadian news outlets batted around an “Appropriation Prize” as if it were their last defence against handing over authorship to writers from marginalized communities. And in theatres, Bon Cop Bad Cop 2 dealt with Islamophobia for the sake of action and comedy while refusing to allow the very demographic affected by that issue to be heard.

But now, over the weekend, comes season two of Master Of None, the comic, deceptively airy but deeply insightful Netflix series that effortlessly looks and sounds like the neighbourhoods we actually live in. Co-creators Aziz Ansari and Alan Yang’s second season feels like the antidote we need to recent headlines.

According to Yang, the show’s representational side isn’t about making a point, even if it ends up doing so.

“I promise you, we’re not in the writer’s room saying, ‘We’re trying to make a diverse show. Let’s make this look like America,’” Yang tells me over the phone from Manhattan.

“That basically never comes up. We’re writing what it looks like when Aziz and I and our friends go out to eat, walk on the street or hang out with our families. That’s just what it happens to look like.”

While the first season played by fairly conventional sitcom rules, it was distinguished by its lead, Ansari, whose Tamil-Indian roots made everything feel new. This time around, Ansari and Yang go bold and awe-inspiring, finding a freedom in their sophomore session to break the rules and develop a truly unique voice – or unique voices beyond their own.

The best episodes in season two have very little, if anything, to do with Ansari’s lovelorn Dev. The star throws the spotlight elsewhere. He’s a supporting figure in episode eight, called Thanksgiving. It’s all about Lena Waithe’s recurring character, Denise, as a Black woman is already among the most marginalized demographics onscreen. She is also a lesbian.

The monumental episode is directed by Melina Matsoukas, who has Beyoncé’s Formation on her credits. It lovingly tracks Thanksgiving dinners with Denise’s family over decades. She discovers her sexuality and then begins the long process of coming out to her mother, played with heart-tugging perfection by Angela Bassett. The episode feels both rich and authentic because Ansari and Yang handed over its authorship to Waithe.

“We brought Lena into the writer’s room,” says Yang. “We talked to her, asked her questions and found her answers so fascinating that we asked her to co-write the episode. That’s her story!

“If at all possible, get the real stuff,” Yang says when I mention the appropriation conversation happening in Canada.

“If it’s not possible, then do as much research as humanly possible to do the story justice. Don’t assume that you understand what that person’s point of view is just because you’re a brilliant creative person or whatever you think you are.” 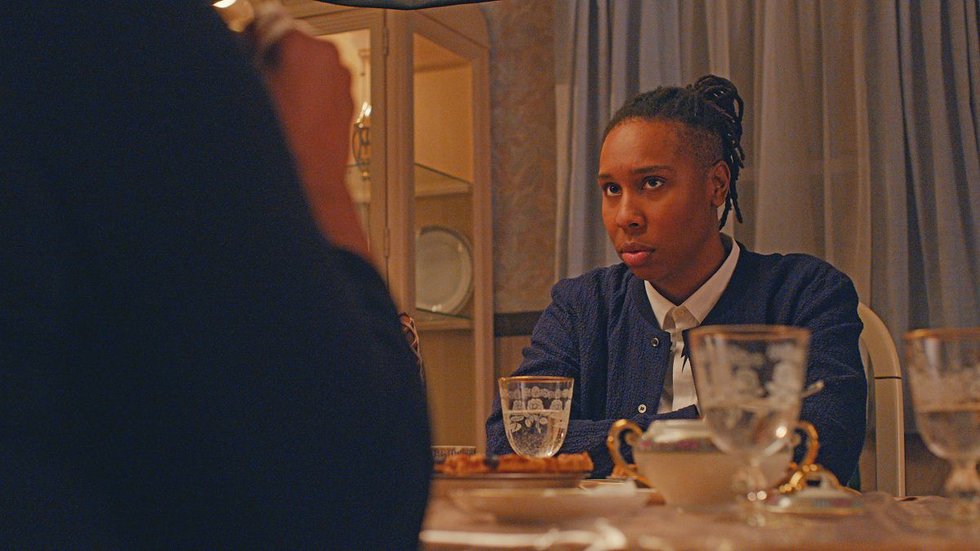 Lena ­Waithe co-wrote the episode about her character’s coming out.

Heavy research went into Master Of None’s other groundbreaking episode, New York, I Love You, in which Ansari and his crew pop in for bookending cameos and nothing more. A triptych directed by Yang, the episode was compiled from interviews, curating witty stories from underrepresented lives that we weave in and out of.

There’s a Latino doorman (Frank Harts) at a swank condo whose dutiful work for residents swings between comical and demoralizing and back again. There’s a cab driver from Rwanda (Enock Ntekereze) who follows up a frustrating day listening to passengers act like he’s invisible with an equally frustrating attempt to party like them.

And then there’s Maya (Treshelle Edmond), a young Black woman whose arrival in the episode coincides with the soundtrack going mute. I assumed this was a technical glitch. Only after checking my speaker wires and reloading the episode did I realize that Maya is deaf (as is Edmond), and the show simply immerses us in her experience.

Both Thanksgiving and New York, I Love You are hilarious, joyous and moving. They’re reminders that these characters could very well own their own shows and proof that representation doesn’t have to feel like a chore.

While an eagerness to present diverse stories seems to come naturally in Master Of None, Yang points out that there is some effort involved, an effort that Canadians would do well to make.

“In some cases, you have to make it your mission to cast authentic people,” says Yang.

I bring up a common refrain about limited diversity in the talent pool. He points to Ntekereze – when they couldn’t find an actor to play the character they had in mind, they found the non-actor from Rwanda to anchor New York, I Love You, and then customized the script to his experiences.

They also had to cast their nets far and wide to find Tamil actors to play supporting characters, or Indian boys to play younger versions of Ansari’s Dev.

Yang admits that it’s far easier to cast a 32-year-old white male, but limited options should never be an excuse for falling back on default.

“It’s going to be harder, but you have to make it your mission.”