What to watch on Crave in November 2021 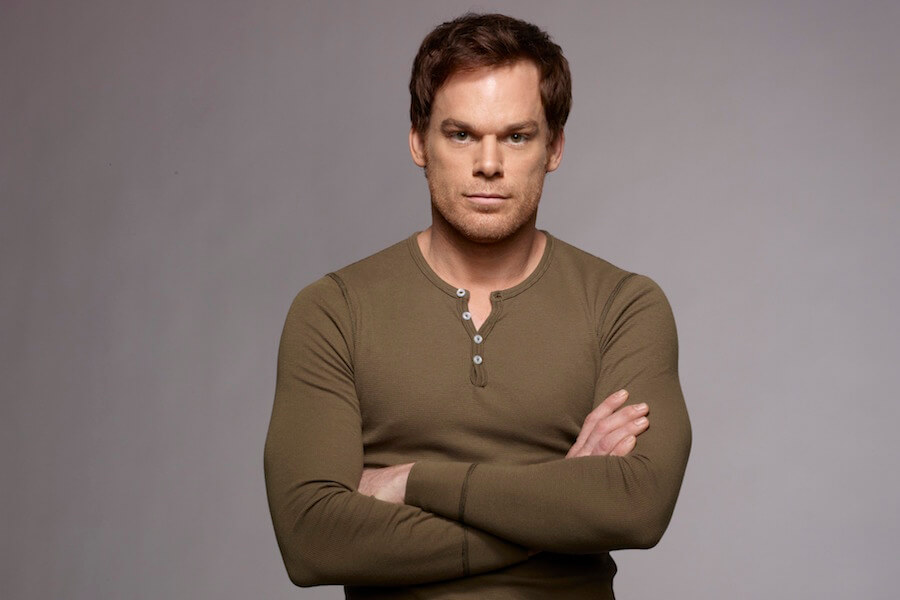 Our picks for the best new movies and TV shows hitting Crave in November 2021 include the new Dexter series, documentaries about DMX and Alanis Morissette and The Sex Lives Of College Girls.

When we last saw Dexter Morgan, the serial killer who only hunts other serial killers had lost everything: his secrets were out, his beloved foster sister Deb was dead, his son was gone and he’d resigned himself to a life in hiding as a lumberjack or something. But you can’t keep a good IP down, even one that sank into laughable self-parody in its final seasons, so here we go again: Dexter’s back in a Showtime special event series, living in upstate New York and getting dragged into more bloody mayhem. Michael C. Hall breaks his Henley shirts out of storage as the older, wearier Dexter, and somehow they got Jennifer Carpenter back to reprise the role of Deb. Will this redeem the whole property, or be the best hate-watch of 2021? We’re all about to find out. November 7

November’s other Showtime thriller series is an ambitious, time-shifting study of a handful of women – among them Juliette Lewis, Christina Ricci, Tawny Cypress and Melanie Lynskey – dealing with a very specific shared trauma: 25 years earlier, they were among the members of a girls’ high school soccer team whose plane crashed in the remote northern wilderness. And now, something from that awful time in their lives is coming after them. If you liked Amazon Prime Video’s The Wilds, this sounds like an interesting twist on its female-forward survival storyline. Also, Melanie Lynskey is just the best. November 14

Director Christopher Frierson’s entry in HBO’s Music Box documentary series offers an intimate account of American rapper DMX’s life in the two years leading up to his death from a cocaine-related heart attack in July. The movie follows the Yonkers-raised music star – born Earl Simmons – as he is released from prison and juggles new career and family commitments in long the shadow of his 90s superstar status and drug addictions. Prior to his death, DMX was a working-class hero to many Black Americans, and Frierson’s film promises to open a window into his enduring appeal with a whole new generation of fans. November 26

The Sex Lives Of College Girls

Never Have I Ever creator Mindy Kaling’s latest TV endeavour follows a group of 18-year-old girls who party up and get busy while earning a post-secondary education at Essex College in Vermont. Co-created by Justin Noble (Brooklyn Nine-Nine), the show had an almost entirely female writing team, so expectations are high for a fresh perspective on the well-worn sex comedy genre. The gags about Stalin and spray-on abs in the trailer are certainly promising. November 25

How To With John Wilson (season 2)

HBO’s cheerful DIY series – in which everyman Wilson wanders around New York investigating everyday things like making small talk or splitting the check at a restaurant, inevitably digressing into weird tangents that are also deeply, warmly human. Season 1 concluded with the pandemic derailing Wilson’s attempts to cook his landlady the perfect risotto; hopefully, some of season 2 will find him chronicling the city’s recovery through his signature anxious but still empathetic lens. November 26

The pitch for Michael Sarnoski’s first feature sounds like another John Wickian actioner, with Nicolas Cage in furious-avenger mode as an Oregon recluse who sets out to retrieve his beloved truffle pig from the people who’ve stolen her, by any means necessary. But Sarnoski and co-writer Vanessa Block refuse to deliver the expected story beats, instead taking Cage’s character on a very different journey – a sadder, more sombre journey, and one that lets the actor give his finest performance in years. Don’t read the reviews, don’t watch the trailer. Just press play. November 26

Jon M. Chu followed Crazy Rich Asians with this equally boisterous adaptation of Lin-Manuel Miranda’s breakout musical about life in Manhattan’s Washington Heights, neighbourhood, starring Miranda’s Hamilton pal Anthony Ramos as its narrator, Usnavi de la Vega, alongside Melissa Barrera, Leslie Grace, Corey Hawkins, Jimmy Smits, Daphne Rubin-Vega and Brooklyn Nine-Nine breakout Stephanie Beatriz. The performers are electric, the songs are catchy, the dance choreography is wild… and even though the movie’s a little on the long side, you can add an intermission with a tap of your pause button. November 5

Alanis Morissette has distanced herself from Alison Klayman’s documentary look at her breakout album Jagged Little Pill. It’s not hard to see why – Jagged doesn’t shy away from exploring complexities that surrounded the the Canadian rock superstar and takes a strong point of view on the music industry and media’s treatment of complicated women musicians in the 90s. (Though the filmmaker cuts a narrow path through the star’s formative years to set up the film’s focus.) What ultimately makes Jagged so watchable is Morissette, a thoughtful and highly entertaining interviewee whose descriptions of particular tensions and experiences are as sharply metaphorical as her songwriting. November 19

Following Crave’s recent Bollywood showcase, this curated assortment of titles from HBO Asia brings shows like The Legend Of Haolan and Martial Universe to Canadian screens, along with nearly a dozen feature films ranging from Jackie Chan’s rollicking Police Story and Police Story 2 to Wong Kar-wai’s masterful, melancholy Chungking Express, Happy Together and In The Mood For Love. Fingers crossed that the Wong films are presented in the new digital restorations released by the Criterion Collection earlier this spring; they’re gorgeous. November 10

Here’s the full list of new titles available on Crave in November 2021. The * symbol indicates a TV show or movie that is only available with the Starz add-on.

A Choice Of Weapons: Inspired By Gordon Parks

After Dark, My Sweet*
Angel Heart*
Deep Blue Sea*
Die In A Gunfight*
Eragon*
The Fugitive*
Golden Arm
I Am Ali*
Jagged
Southpaw*
Spiral: From The Book of Saw
We Broke Up
Wild Wild West*

The following titles are leaving Crave in November 2021.

A Wish For Christmas

Every Christmas Has A Story

Birds Of Prey: Or The Fantabulous Empancipation Of One Harley Quinn
Easy Land

I Am Heath Ledger

Intrigo: Death Of An Author
The Way Back