NOW MagazineMovies & TVReviewsReview: Flannery isn’t as fearless as its subject

Review: Flannery isn’t as fearless as its subject 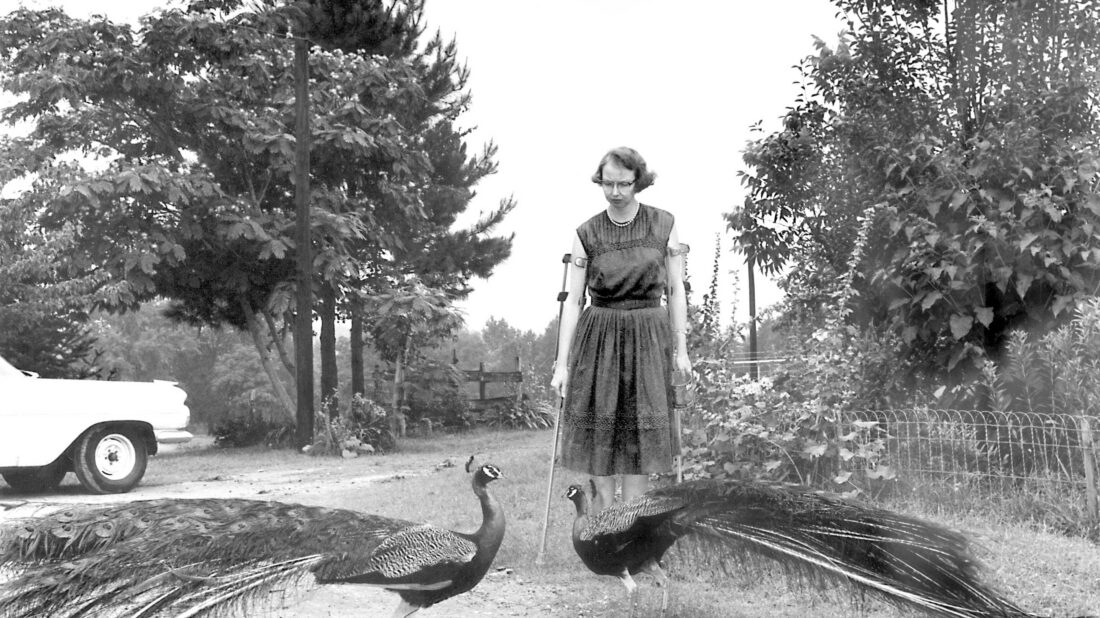 Flannery O’Connor was such an original writer that no standard documentary could do her justice.

Mark Bosco and Elizabeth Coffman attempt to do so, but they never find a style of presentation that matches her bold and uncompromising vision. And they don’t find a satisfying way to deal with the perceived racism in her work.

Born in 1925 in Savannah, Georgia, Mary Flannery O’Connor, the documentary tells us, was a shy, socially awkward only child who was deeply loved by her parents. Like everyone in the South, the O’Connors were regular church-goers, but their Catholicism set them apart from others. When Flannery was 15, her father died of lupus – the same disease that would kill her 24 years later.

In college, O’Connor dreamed of becoming a cartoonist – her work, as shown here, had wit and style. But it was only after leaving home to attend the Iowa Writers’ Workshop that she found her vocation as a fiction writer, even though many of the school’s male students mocked her writing and accent.

Bosco, a Jesuit priest, and Coffman, a scholar, do a fine job exploring the themes that obsessed O’Connor from childhood on: outsiders, morality, race and the mysteries of Christ. They also successfully illustrate her love/hate relationship with her mother, with whom she lived out the rest of her life, back in Milledgeville, Georgia, after she became sick.

But they rely too much on talking heads to impart information. Granted, the heads include a wide range of articulate writers (Mary Gordon, Alice Walker, Tobias Wolff, Alice McDermott) as well as actors (Conan O’Brien, Tommy Lee Jones) and various friends and family. It’s too bad O’Brien and Jones weren’t interviewed about both writing theses on her work while at Harvard.

The filmmakers use animation to illustrate passages from stories. These range from cute to downright sophomoric. Film and TV excerpts from John Huston’s adaptation of Wise Blood, and a movie of the week version of The Displaced Person, round out the sources.

Where the directors drop the ball, however, is in exploring O’Connor’s perceived racism. Yes, the N-word is used several times in the film, including the title of one of O’Connor’s most famous stories. But it’s also used freely in her correspondence, and some more layered, nuanced context is needed to understand it fully. When the great Black writer James Baldwin was visiting Georgia, he asked to meet her, and she replied that she would meet him, but not in Georgia.

That said, the film has a satisfying emotional arc involving O’Connor’s final illness and her impending mortality. And like all good literary documentaries, it makes you want to go back to the books themselves.