NOW MagazineMovies & TVReviewsReview: Toni Morrison: The Pieces I Am is an absorbing doc about the great novelist

Review: Toni Morrison: The Pieces I Am is an absorbing doc about the great novelist

The Nobel laureate gets a classy, laudatory film that puts her work in its proper literary and historical context 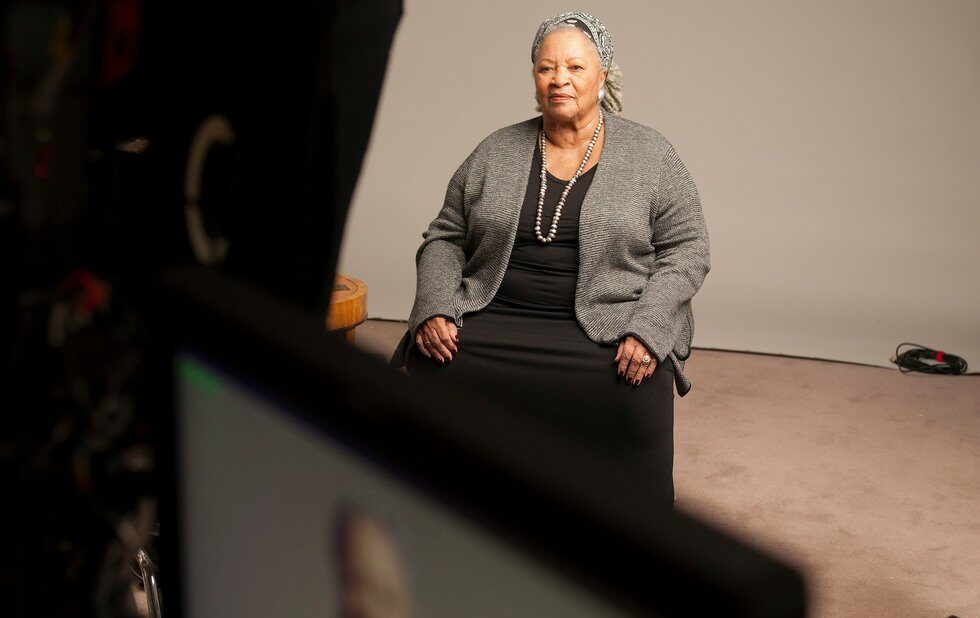 That’s one of the lighter things that comes across in Timothy Greenfield-Sanders’s absorbing documentary about one of our greatest living novelists.

The baking detail, it turns out, isn’t a throwaway. Morrison, in both the extended direct address interview that forms the backbone of this two-hour film and clips from other interviews conducted over the past several decades, seems in complete control of her narrative. And expertly combining flour, eggs and sugar seems like just one more thing that she had to perfect while raising two boys on her own, working full-time and trying to write in her spare time.

The film begins with two stories that set the tone for the film. Her Alabama sharecropper grandfather, Morrison tells us, read the Bible five times – it was the only book allowed in his home, and it was illegal in his lifetime for Black people to read. And as a child growing up in Lorain, Ohio, Morrison and her sister discovered the power of language when they were stopped by adults from spelling a curse word on the sidewalk.

Attending the historically Black college Howard University, Morrison was shocked to discover that the faculty had little interest in challenging the status quo – her proposed essay idea on the Black characters in Shakespeare was promptly rejected. She also discovered that shadeism was alive and well on campus. After grad school, Morrison taught, eventually getting a job in publishing, which led to a life-changing position as an editor at Random House.

During the historic Black Power era, she said she couldn’t demonstrate on the street, but she would help writers document things in print. And she did, commissioning and/or editing books by everyone from Angela Davis to Toni Cade Bambara and Muhammad Ali. In the meantime, although none of her publishing colleagues knew it, she was also writing her own fiction.

Greenfield-Sanders corrals a wide range of talking heads – everyone from writers Sonia Sanchez, Hilton Als and Fran Lebowitz to the Queen of All Media, Oprah Winfrey – to discuss the importance of Morrison’s books, which get introduced, praised and analyzed in a way they often weren’t when they were first published.

One of the more intriguing finds is how Morrison’s early novels were dismissed for their perceived “narrowness” by tsk-tsking white liberal reviewers. Morrison, from The Bluest Eye onward, simply wasn’t interested in writing for the white male gaze.

Things had changed slightly by the time her breakthrough novel, Song Of Solomon, was published in 1977. But in 1988, after the publication of her masterpiece, Beloved, 48 Black critics and writers wrote a letter in the New York Times Book Review about how she had been ignored by the mainstream critical and awards-granting bodies. Two months later, the book went on to win the Pulitzer Prize for fiction.

The documentary doesn’t fully explore the critical backlash to this event – I remember at the time one dissenter said the Times had managed to “pimp a Pulitzer for Beloved.” Pretty much everyone in the film is an admirer of her work.

Apart from her Nobel Prize win in 1993, the film doesn’t touch on the past couple of decades of Morrison’s work. And there’s very little about her personal life.

But as an examination of her literary techniques, her use of centuries of Black American lives and her unmistakable voice, the film is an essential document.

And the use of visual art – from the playful opening credit collage to global street art and archival photos and drawings of slaves – is beautifully integrated into the film.