The HBO Max series turns John Cena's Suicide Squad super-assassin into a real boy by giving him a team, a mission and serious daddy issues 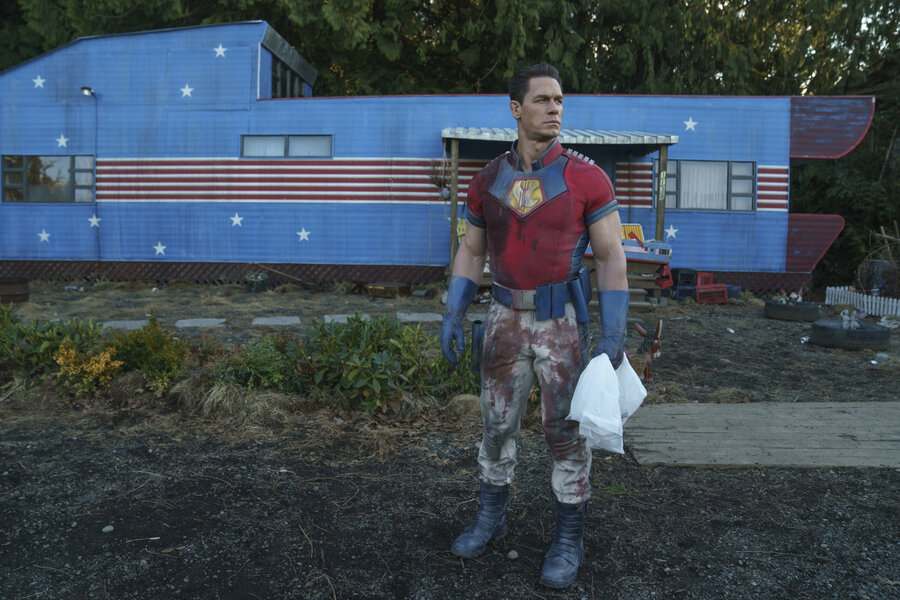 The challenge of a Peacemaker series is the rehabilitation of its title character, a comic-book supervillain who thinks he’s a hero. Can a bad guy be a good person? Sure! But how do you get him there?

Introduced by writer/director James Gunn in The Suicide Squad last summer, Chris Smith – the guy with the big shiny helmet, unquenchable bloodlust and John Cena’s preposterous physiology – is a blunt object of mayhem. Shaped into a living weapon from childhood by his ruthless father, he was introduced as a nemesis for Idris Elba’s Bloodsport: where Bloodsport was a mercenary with a heart of gold, Peacemaker was just a stone-cold assassin. Making him into someone worth rooting for? That’ll take time.

And so here is Peacemaker the series, an unapologetically ridiculous attempt to turn a comic-book maniac into a real boy. It’s not too different from what Gunn did with Elba in The Suicide Squad, though Elba invested his ostensible baddie with a cranky charisma that made it possible for him to grow into a leadership role. Peacemaker isn’t a leader; in fact, he’s the furthest thing from it, an unquestioning follower who commits fully to any mission that aligns with his own goals of mowing down as many people as possible.

Gunn doesn’t want to redeem Smith, at least not fully. The arc of the Peacemaker series is about finding the humanity inside a character who’s basically an action figure: a person who believes himself to be righteous, but doesn’t have the emotional range to understand the complexity of the world around him. And how do you course-correct a character who’s essentially a spree killer looking for an excuse?

The easiest solution is something like Dexter, where the hero is a serial killer who only kills other serial killers. Gunn chooses another direction, sending Smith back into covert ops in the care of his cranky handlers Emilia Harcourt (Jennifer Holland) and John Economos (Steve Agee), who were introduced with him in Gunn’s Suicide Squad movie. They’ve all been assigned to work with reformed mercenary Clemson Murn (Chukwudi Iwuji) and his new assistant Leota Adebayo (Danielle Brooks) on a mission of potentially global importance, although at the moment it’s just a handful of people sitting around Smith’s Washington state hometown, waiting for something to do.

Gunn is playing to his strengths here, returning to his perennial themes of unlikely families, daddy issues and the pitfalls of hero worship. (He’s also unafraid to reuse an idea from The Suicide Squad that he first deployed in Slither, and which is starting to feel a little shopworn.) And given that his conception of Peacemaker – a single-minded killing machine impervious to both mockery and abstract thought – seems awfully similar to Drax The Destroyer in his Guardians Of The Galaxy movies, one might wonder whether Gunn’s just content to play the hits, this time to a soundtrack of 80s hair metal instead of 70s pop.

But there’s enough going on in the corners of Peacemaker that feels new and different. Cena is a game comic performer, but he’s also allowed to do a little more than be the oblivious butt of everyone’s jokes this time. Chris has some stuff to work out, like his relationship with his monstrous father (Robert Patrick), a seething racist who’s disappointed in his son because he doesn’t have a higher lifetime body count. Chris also needs to deal with Vigilante (Freddie Stroma), a chipper wannabe sidekick whose approach to crime-fighting makes Peacemaker look like a United Nations diplomat by comparison.

Gunn also gives roughly equal time to Brooks’s Leota, who has her own parental baggage within the DC Cinematic Universe. As a newbie to the dark-ops world – she’s basically a temp – Leota gets to be the audience surrogate, trying to keep up with all the weird science and super-histories everyone else keeps throwing around while also figuring out her place in the larger narrative. Brooks, who broke out on Orange Is The New Black, makes Leota feel genuine and human, struggling with her allegiances and the distance her new job puts between her and her wife Keeya (Another Life’s Elizabeth Faith Ludlow). And the relationship Brooks and Cena build between their characters – not trust, exactly, but a kind of professional respect – keeps paying off, even as Chris and Leota’s goals change over the course of the series while Gunn gracefully scales up the nature of the story he’s telling.

Maybe he’s playing the hits, but the guy knows what his strengths are: his casting instincts are dead-on, the musical choices feel organic rather than calculated and the willingness to go for broke is always appreciated. A lot of modern superhero narratives strive for quasi-realism, the better to ground their characters in normal human relationships; Gunn’s go the other way, finding humanity within an inherently preposterous world.

This is a show that has room for both an existential threat to all life on Earth and a scene where two people who hate each other set aside their animosity to appreciate the lyrics of Hanoi Rocks. Derivative or not, the whole thing goes down like candy: I burned through the first seven episodes over two consecutive nights. Can’t wait to see how it all ends. 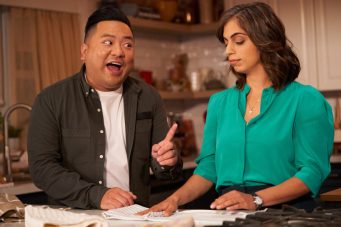 In the latest episode of the NOW What podcast, the creators and stars of CBC's new comedy series discuss the.