In this next-to-last season, Bob Odenkirk’s character is becoming even more of a tragic figure than Walter White 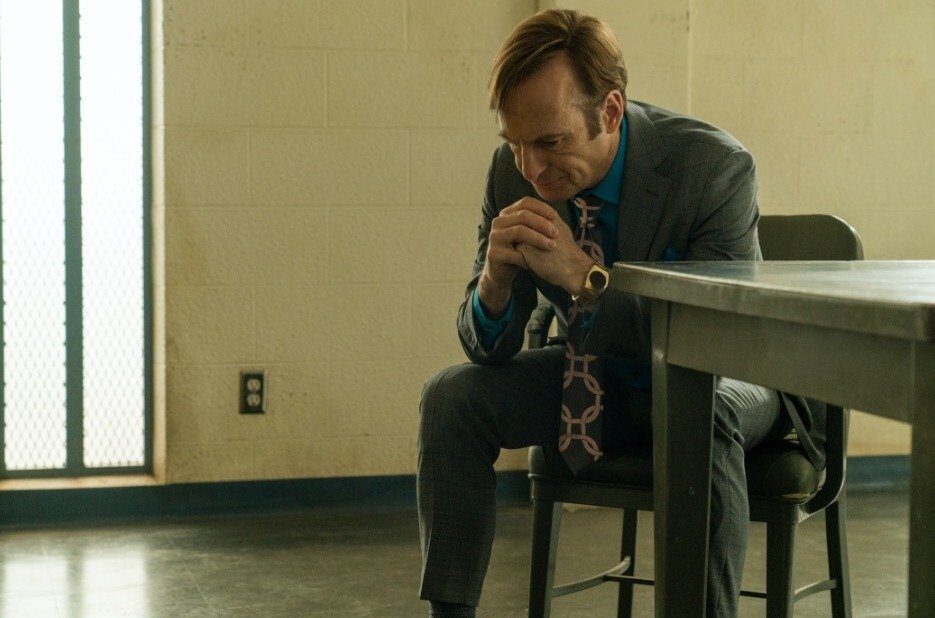 The fifth season of Better Call Saul, Vince Gilligan and Peter Gould’s remarkable prequel to Gilligan’s sensational thriller Breaking Bad, opens as all previous seasons have opened: in a black-and-white flash-forward to some unspecified present day, where Bob Odenkirk’s former Albuquerque shyster now manages a Cinnabon at an Omaha shopping mall under an alias.

This year’s kickoff runs about 12 minutes, maintaining an ugly tension throughout. Something’s coming for ol’ Jimmy/Saul/Gene – and he knows it’s coming. Time is running out.

Time is running out for the show as well. Gould and Gilligan have declared that next season will be its last, meaning that the show will finally catch up with the Breaking Bad timeline, as promised all along. And as soon as Better Call Saul’s fifth-season premiere returns to its “present” (which we’ve been led to believe is sometime around 2004), we’re off and running.

Morally challenged Jimmy McGill has finally completed his journey to becoming the shameless huckster Saul Goodman – much to the disgust of his girlfriend Kim Wexler (Rhea Seehorn), who was horrified to see him embrace the dark side at the end of Season 4. Jimmy is gone, if he ever really existed at all. Only Saul Goodman remains, and Saul has work to do. Mostly small-time stuff – petty theft, armed robbery, possession with intent to sell, that sort of thing.

Saul is still a long way from becoming the capital-c “Criminal lawyer,” and this penultimate season looks set to lay out those steps with the same meticulous attention to detail that’s become the show’s trademark.

Based on the first four episodes, Better Call Saul hasn’t suffered for being put on hold while Gilligan and company made last year’s Jesse Pinkman movie El Camino: its thoughtful, wry drama hasn’t lost a step, nimbly juggling its outsized crime procedural elements with the super-slo-mo deterioration of Jimmy/Saul’s soul, and the attendant risk that poses to everyone in his orbit.

In addition to Seehorn’s compromised Kim, cop-turned-henchman Mike Ehrmentraut (Jonathan Banks), cartel runner Nacho Varga (Michael Mando) and sinister chicken man Gus Fring (Giancarlo Esposito) are all caught up in the chaos, or they soon will be – along with a couple of other characters who wander back in to complicate matters.

As always, the real power of this series lies in our knowledge of where everyone’s paths will lead them: Gould and Gilligan have turned Better Call Saul into a gripping meditation on character as destiny, and in Odenkirk they’ve found a leading man very nearly as compelling and complex as Bryan Cranston. It’s just that he wears louder shirts.

And, when all is said and done, he might be even more of a tragic figure.