Review: Booksmart is smart, but doesnt quite live up to the Superbad-with-girls buzz

Beanie Feldstein and Kaitlyn Dever deliver star-making performances, but their characters’ misadventures are silly and meandering 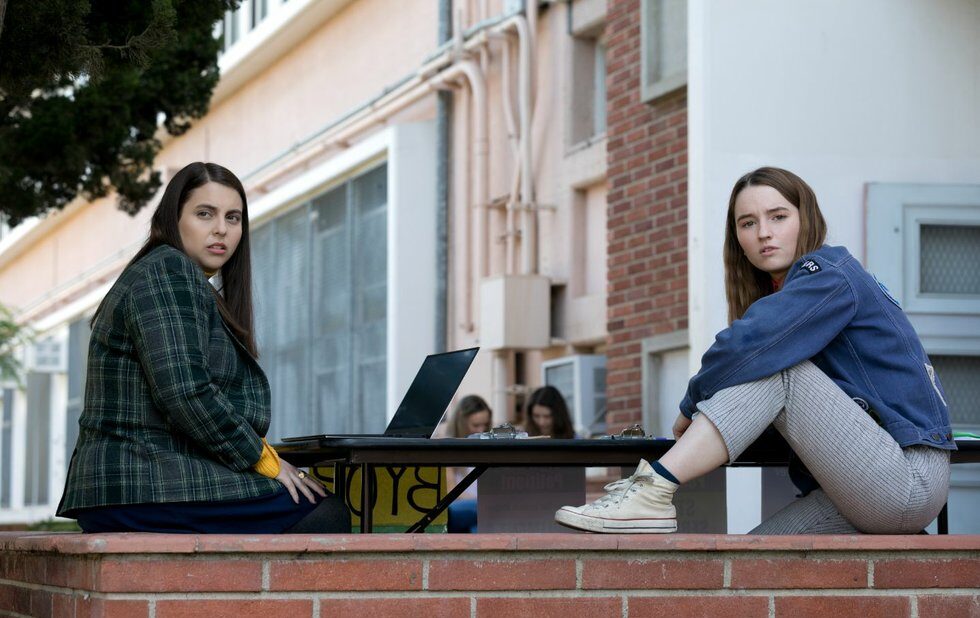 Booksmart has been aptly compared to Superbad, but with girls. The raunchy female-led comedy about a wild night out, played like gangbusters to every woman I either saw or discussed it with. The film’s every coming-of-age beat, outrageous set piece and throwaway gag won their laughs and applause.

I’m sure it will be a hit, and I’d encourage everyone to see it, even if my own response to Booksmart is more muted. It could be a guy thing. Or it could just be a me thing.

I loved the characters but not all the gags. I appreciate the progressive world view director Olivia Wilde and her writing team keenly push forward, though I’m not sure it adds up to much. I would totally give the movie another spin, but only because, whatever the flaws, time spent with Beanie Feldstein’s Molly and Kaitlyn Dever’s Amy would by no means feel wasted.

Their appeal is undeniable from the first minute. Amy pulls up in front of Molly’s house in a mid-80s Volvo station wagon. They’re on their way to the last day of high school, but first an improvised dance on the street, shimmying and jiving while trading affectionate greetings. They look silly but also perfectly relaxed as they groove to a beat entirely in their own heads. These two are idiosyncratic in ways that makes you want to join in.

Molly is the type-A character, an eager overachiever. Michelle Obama and Ruth Bader Ginsberg pictures adorn her room. She heads to class in a plaid blazer as if making up for the fact that she doesn’t attend a uniformed private school. Amy is more passive, generally following Molly’s lead on conversations and their daily regiment.

Amy’s been out for two years and faces nothing but support from Molly, her parents (Lisa Kudrow and Will Forte) and a school environment that almost seems utopian for its racial and sexual diversity. There’s a near-total lack of toxic behaviour in Booksmart, as if such attitudes have been eradicated. It’s an admirable social dynamic that feels like it’s set a generation ahead of our own, and as a result feels slightly detached from what we know. The only discrimination comes from Molly, who dabbles in a little slut shaming and looks down on all the fun “cool kids” because they wasted their time partying while she and Amy invested in being Ivy League-ready. Molly’s dealt a devastating blow when she discovers that the party kids are also low-key nerds who got accepted into the same schools. Turns out the cool kids enjoyed a work/life balance that Molly and Amy totally missed out on.

The duo decide to party as hard and wild as they can before they graduate, which is where the movie loses its grip. Molly and Amy flap about aimlessly, looking for a massive house party nobody gave them the address to. They accidentally end up at (or are manipulated towards) an expensive yacht party hosted by one rich kid and then an elaborate dinner theatre party hosted by another rich kid. They call an Über and find their principal (Jason Sudeikis) driving, which leads to an outrageously awkward moment because of a Bluetooth mishap that might have seemed funny if it weren’t so contrived. This is how the wit slips away and the script lets extravagance make up for it.

The extravagance does suit Billie Lourd (Carrie Fisher’s daughter). She chews scenery as Gigi, a weird, zoned-out hippie who pops in and out, slips psychotropic drugs on the unsuspecting and generally brings a high whenever she enters a scene.

Wilde’s energetic direction also keeps Booksmart ticking along. I’m as surprised as anyone that she made such an impressive first feature. But that’s because I’ve subscribed to industry assumptions.

Wilde’s an attractive actor who is regularly cast in roles to be fawned over (Third Person, Life Itself), a limitation that has less to do with her talent and everything to do with a lack of imagination on Hollywood’s part.

We never figured her for a director. Turns out she’s a generous one, who just turned Feldstein and Devers into shiny new stars.