CBC Gem series directed by Adrianna Maggs, Will Bowes and Sarah Polley is like Fleabag with an older and more resentful star 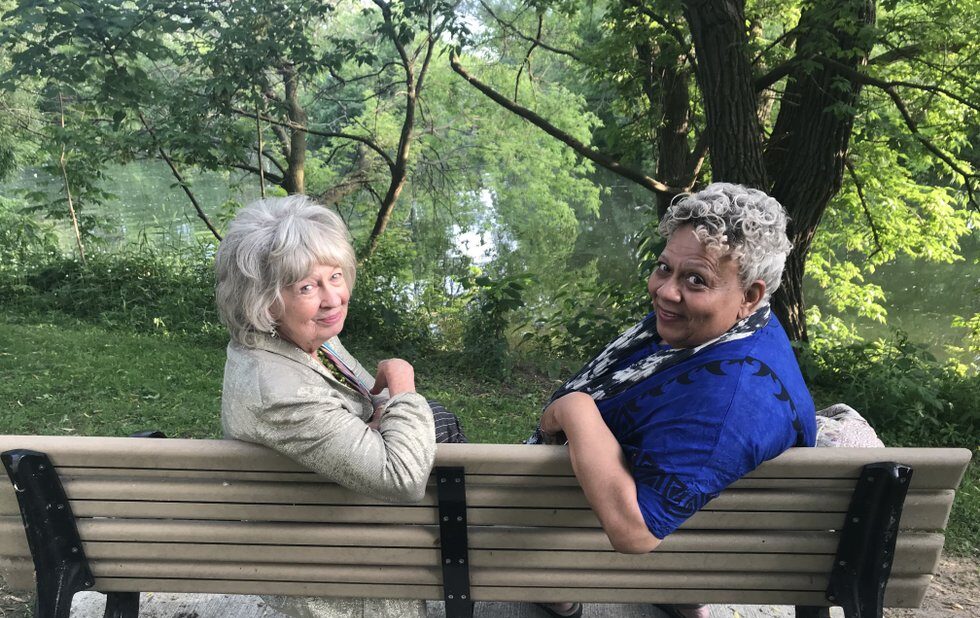 Picture Phoebe Waller-Bridge’s Fleabag growing old and resentful and you’ll have some idea as to what Jayne Eastwood is doing in CBC Gem’s web series Hey Lady!

Eastwood’s Lady lives with her son. She terrorizes his home by calling over a plumber to mess with their water (and perhaps lay some pipe). She ridicules her long-suffering daughter-in-law (Grace Lynn Kung) and tests her impatient parole officer (Raoul Bhaneja). Lady’s daughter (Christina Horne) is a lawyer who would jump at the chance to prosecute her own mother, whether it’s for ordering over hundred lattes she doesn’t plan on paying for or abducting a yoga instructor alongside her chain-smoking best friend (Jackie Richardson). Lady is a senior at war with what people think a senior should be.

Like Fleabag, Lady likes to poke people where they’re most uncomfortable, and that runs the gamut from ridiculing their ugly babies to rubbing their faces in her horniness. But the similarities go further. Hey Lady! sometimes apes Fleabag’s way of breaking the fourth wall.

Eastwood’s Lady is constantly reminding people that she’s in a low-rent TV show. She tells them the show can barely afford furniture, uses actors in multiple roles and often silences characters because they couldn’t afford another speaking part. She also threatens her psychiatrist (a delightful Don McKellar) with an untimely cut to another scene. And she directs scenes from within scenes, telling the camera where to go or the editor when to fade to black.

This bit is hysterical at first, especially since the people behind the camera are in sync with Eastwood’s performance, following her every command. Those behind-the-scenes folks include directors Adrianna Maggs, Will Bowes and Sarah Polley, as well as playwright Morris Panych, who created Hey Lady! specifically for Eastwood.

But the meta stuff is also overused. In a rather minuscule web series comprised of eight five-minute episodes, the recurring trope takes up too much oxygen and leaves you wondering what else they got.

Ultimately the show is a light-on-its-feet showcase for actors who so rarely get to be this funny, especially Eastwood, who makes both the low-brow and high-brow material sing.