Chuck is more of a middleweight 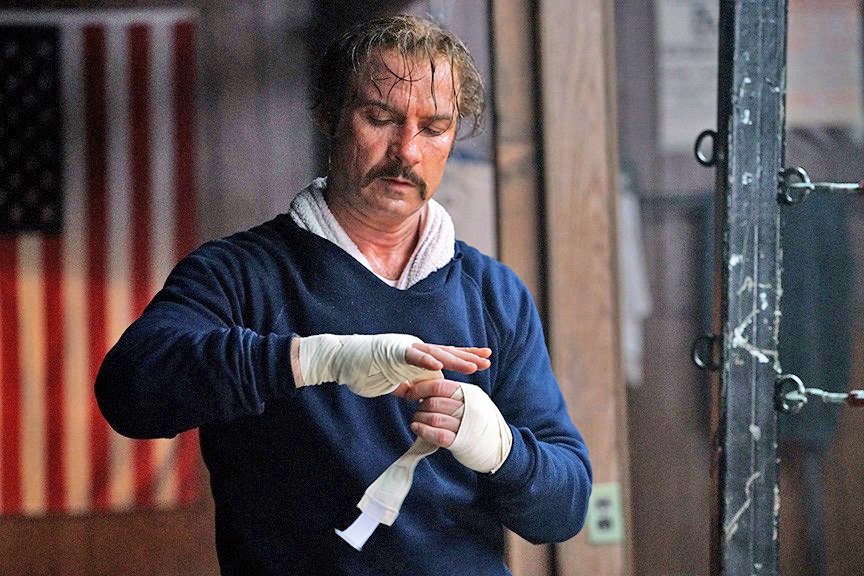 After My Internship In Canada, his giddy 2015 political satire, Philippe Falardeau switches gears for a 70s biopic about New Jersey boxer Chuck Wepner, whose 1975 championship fight with Muhammad Ali inspired Sylvester Stallone to write Rocky – or so Wepner has always insisted.

The film, which played TIFF last year under the title The Bleeder, offers a fairly equivocal take on that story, with Liev Schreiber (who also co-produced and co-wrote the film) playing the boxer as a loudmouthed hustler who carries himself like a king.

It’s the GoodFellas of boxing movies, as Wepner’s self-aggrandizing voice-over is constantly challenged by images of angry wife (Elisabeth Moss), an alienated brother (Michael Rapaport) and a drug habit that ruined the parts of his life he hadn’t already destroyed.

Wepner might think he’s Rocky Balboa, but Rocky was a good husband, a good father and a winner. Schreiber and Falardeau let him talk, but their movie has no illusions. Chuck the man may not know it, but Chuck the movie knows this guy’s a bum.