Review: Jumanji: The Next Level doesnt mess with predecessors formula 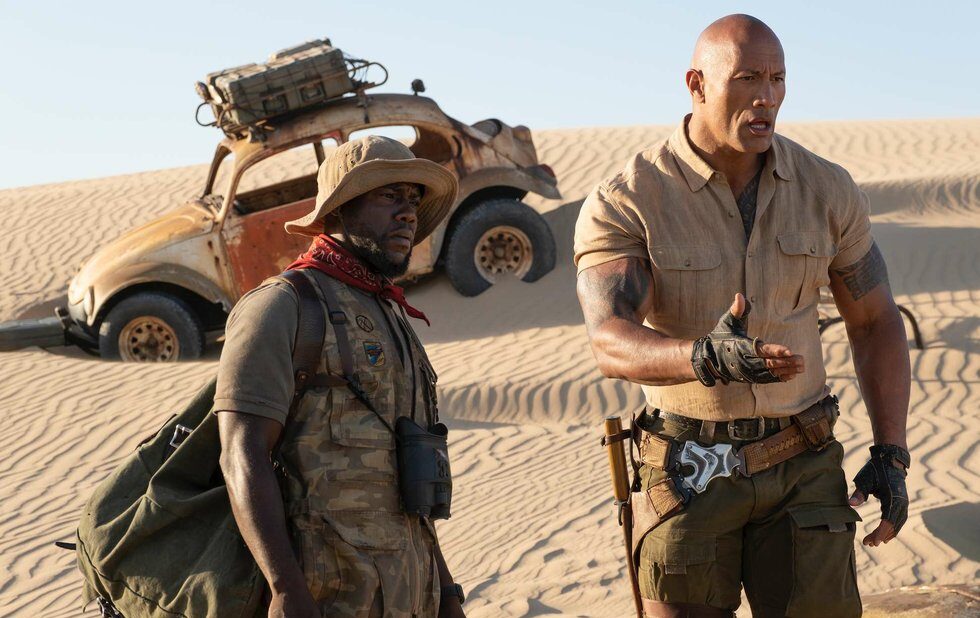 The new Jumanji movies don’t even try to capture the magic contained in the original, where Robin Williams sprung harried and rabid from a magic board game.

Everything was dumbed down in the leap from 1995’s Jumanji to 2017’s Welcome To The Jungle. A board game became a video game. Kevin Hart, Dwayne Johnson, Jack Black and Karen Gillan had to team up to fill the gap left behind by Williams. And yet the package worked. The gags were hit-and-miss, but the cast was energetic and delightful in reliably entertaining family fare.

The Next Level doesn’t mess with its predecessor’s formula. The Breakfast Club-lite high school kids are now in college. Spencer (Alex Wolff), the bookworm among them, is depressed with how his life is turning out. So he repairs that Jumanji console and returns to the jungle to become his video game avatar, Dr. Smolder Bravestone (Johnson). Except that he ends up in a new avatar, which I won’t spoil.

When his friends come in for a rescue mission, they accidentally drag along Spencer’s grandfather (Danny DeVito) and his old business partner (Danny Glover), who occupy the Bravestone and Mouse Finbar (Kevin Hart) avatars.

Watching Hart speak like Danny Glover is more amusing than expected. And even if Dwayne Johnson doesn’t have the acting chops to pull off Danny DeVito, his efforts are still goofy enough for the kids.

My own were in hysterics, squealing and cheering throughout the impersonations, dance fights, ostrich stampedes and whatever other low-stakes but imaginative-enough obstacles the movie threw at them.