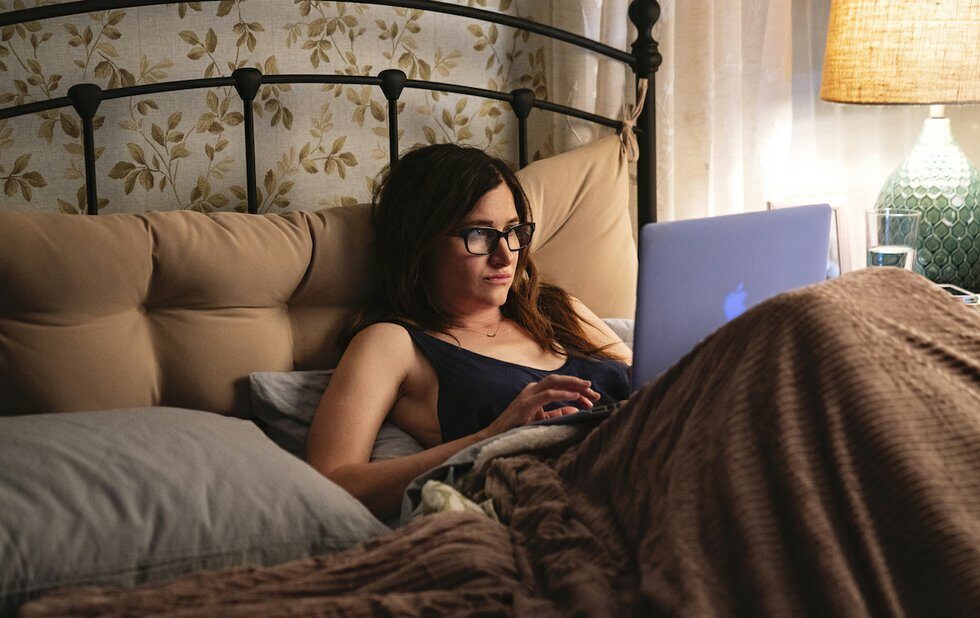 Meanwhile, viewers will either deeply despise or relate to Brendan. In high school, he was the archetype playful jock-cum-bully, who easily gets with girls even though he’s a dick. In college, though, his shortcomings become brutally clear and he has trouble connecting with his progressive-minded peers. In one brilliant scene, he joins a table of jersey-clad varsity athletes in the cafeteria, assuming he’s found his ilk, only to realize he’s way in over his head as they discuss the merits of cap and trade.

Based on the book by Tom Perrotta (who also penned the novel behind HBO’s post-apocalyptic drama The Leftovers), Mrs. Fletcher is very rarely heavy-handed in its explorations of zeitgeist-y issues like identity, consent, sexuality and masculinity. It’s also refreshing seeing a diverse cast where storylines aren’t wholly focused on their identities. (Trans actor and activist Jen Richards is magnetic as the bookish writing instructor, Margo.)

As Brendan, White deftly explores how Gen Z approaches sex and identity. For example, in episode four, Brendan’s absentee father (Eighth Grade’s Josh Hamilton) visits for the weekend and what follows encapsulates how toxic masculinity can be subtly passed down through generations. Brendan’s views of women are belittling and objectifying, but you can’t help but feel for him a tiny bit as he flounders in his new environment.

For the most part, Mrs. Fletcher isn’t concerned about its characters learning deep lessons about one’s self and society, but instead leans into the awkward realities of modern relationships where life-changing personal growth doesn’t always happen. One of the series’ most poignant and painful plot lines is about sexual assault and the nuances of consent. The aftermath is messy and unresolved, making it the most accurate portrayal of consent I’ve seen on TV.