NOW MagazineMovies & TVReviewsReview: Luce is a prickly drama about race and tokenism

Review: Luce is a prickly drama about race and tokenism

Julius Onah’s film is set up to kickstart conversations about race, wokeness, over-policing and rape culture 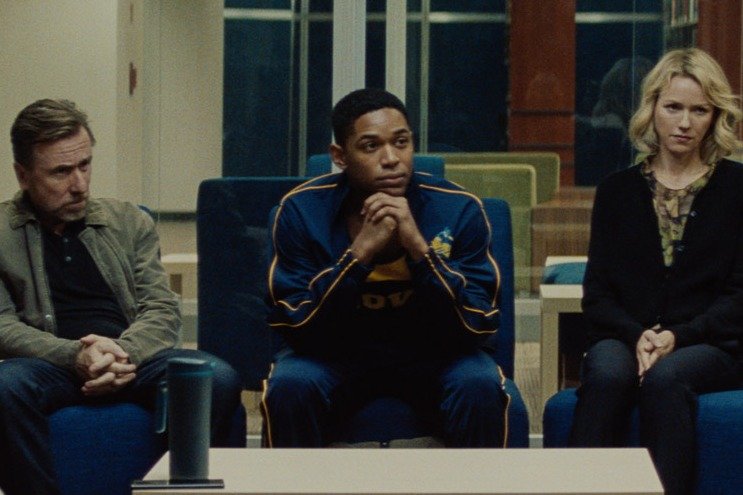 Luce, a prickly drama about race and tokenism that premiered to raves at Sundance, made me think back to former Sundance sensation Nate Parker.

Parker seemed like a saviour and new hope at 2016’s festival, when his award-winning directorial debut, the slave drama The Birth Of A Nation, was heralded as the answer to #OscarsSoWhite.

But while he seemed like the Messiah delivering Hollywood from its whiteness at Sundance, he was, by the time TIFF rolled around later that year, a pariah. A 2001 rape allegation against him resurfaced, and Hollywood’s Black messiah was torn down just as easily as he was propped up.

The symbolic weight on Parker, a Black man at the extremes between praise and punishment, is exactly what Luce is about.

Julius Onah’s adaptation of J.C. Lee’s stage play casts Kevin Harrison, Jr. as the titular high school valedictorian who at one point is compared to Barack Obama and at another point suspected to be covering up a sexual assault.

Luce is a star athlete and academic. He’s also a former child refugee from Eritrea, rescued from wartime traumas and adopted by eager white liberal parents, Amy (Naomi Watts) and Peter (Tim Roth). They raise him into an impeccably packaged success story.

Chipping away at Luce’s all-too-perfect demeanour is his history teacher, Harriet Wilson (Octavia Spencer), who is suspicious about the poster boy after a troubling paper he wrote for her class.

As the narrative progresses and the plot thickens, the film keeps us guessing as to whether Ms. Wilson has an agenda, taking extrajudicial steps to address Luce’s curious behaviour, or whether the student himself is on a destructive path, perhaps to dismantle the symbol he’s made to be. As Luce himself says, he can only be “a saint or a monster,” a lesson Ms. Wilson herself teaches when discussing the categorical boxes Black people are forced to fit into.

Because the film, like the play, drags out the suspense, we’re kept at a distance from Luce, who remains impenetrable. He’s less an empathetic character and more an idea, a functional conduit in a plot that is eager to tee up loaded conversations about race, wokeness, over-policing and rape culture.

The setup is manipulative, but terrific performances from Spencer and Watts keep things engaging and worthwhile. Both women circle Luce and each other in a weighted confrontation between mother and teacher empathy and responsibility white saviour and Black history.