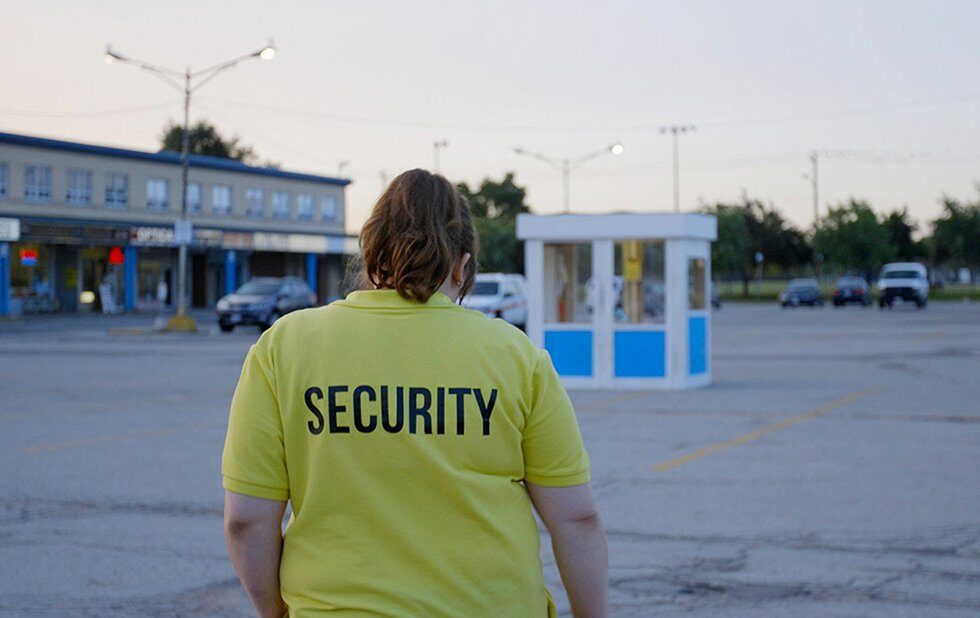 The real Wexford Heights Plaza sits in the area where city counsellor Michael Thompson launched the Taste Of Lawrence. The Scarborough Festival was aimed at boosting neighbourhood pride, so residents wouldn’t have to feel so left out when the Danforth, Beach or St. Clair West did their thing.

Joyce Wong’s disarming debut, Wexford Plaza, isn’t shot in the real Scarborough locale, but it captures that persistent sense of being left behind.

The film opens with Reid Asselstine’s Betty starting her new job as a night-shift security guard in the titular strip mall. That’s also where Darrel Gamotin’s Danny tends a local bar. They’re modest characters in a low-key production, but Wong finds the room for a fine cast to explore complicated feelings and suggest personal details that are never spelled out.

Both are in emotional ruts. They suffer quietly but keep their heads up, looking valiantly for ways to improve their lot in life. But the film, by design, is hard-wired against them.

Wong and her cinematographer, Maya Bankovic, cook up beautiful ways to make Scarborough look narrow and isolated with no avenues for escape. Betty’s security booth, emanating a sickly yellow glow in the middle of a vast, empty parking lot, pretty much captures the mood of the whole film.