NOW MagazineMovies & TVReviewsTV review: Succession is a vicious comedy about the super-rich

TV review: Succession is a vicious comedy about the super-rich 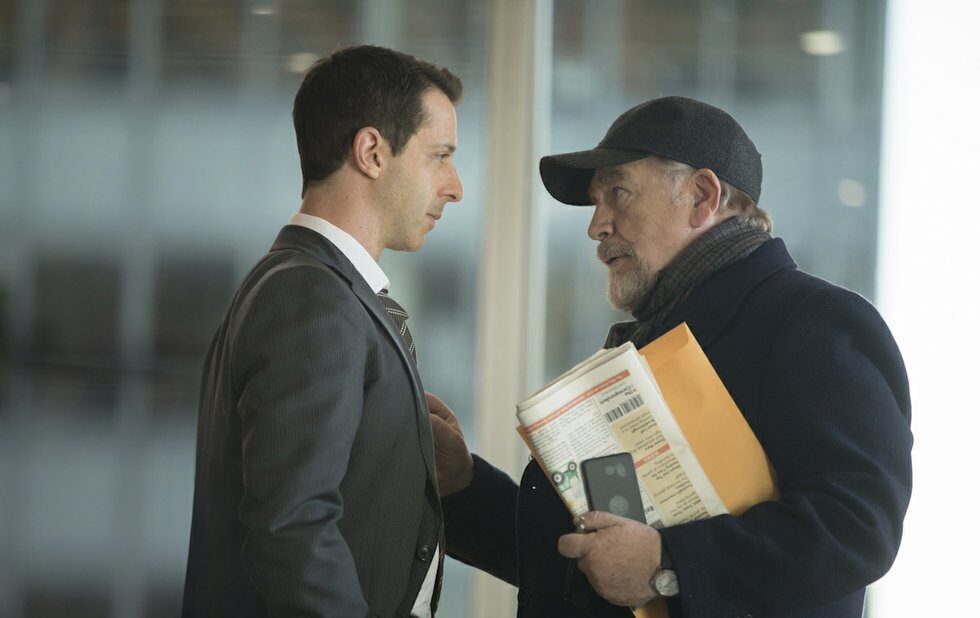 I’m seven episodes into HBO’s satirical drama Succession and the most thrilling scene so far is… a board of directors meeting.

It’s the kind of thing you’d imagine snoozing through, but here it keeps you feeling like you are hanging over the edge of the Manhattan skyscraper where it takes place. Remember to breathe, keep your balance and don’t look down. These super-rich assholes just ratified the minutes and here comes the next item on the agenda.

The mid-season meeting decides who will control a media conglomerate – an issue most audiences would be hard pressed to concern themselves with. Isn’t this what’s happening right now at CBS? But when these suits get together for routine procedures deciding seismic power shifts, my heart rate skips and I am left feeling like I just witnessed a massacre akin to the baptism sequence in The Godfather.

I wouldn’t blame folks for tapping out before the aforementioned episode comes along. Dramatic hooks come slow in Succession, a dysfunctional family comedy verging on Shakespearean melodrama from creator Jesse Armstrong (Peep Show, The Thick Of It), and enduring these people can gnaw at your soul.

But there’s something special about a show that forgoes sexy narrative ploys and rewards your patience with a climactic board of directors meeting.

Succession is about the rich and powerful not the one per cent, but the titans who lay out tables for the one per cent to come and feed. The show gawks at privilege and excess while taking its leisurely time to make us care – if we ever really do – about the selfish and conniving characters whose obvious real-life counterparts are the Fox empire’s Murdoch family.

Brian Cox stars as Logan Roy, the crude and imposing patriarch of family-run media conglomerate Waystar Royco. He calls in favours from his buddy in the White House (hint, hint) to fend off any anti-trust legislation while overseeing a global enterprise that runs TV networks, amusement parks and more. Logan’s resting face is toxic and manipulative. When he shows warmth and vulnerability, it’s up to you to figure out whether it’s legit or a ploy.

Logan’s health is deteriorating and his offspring are circling for control. Chief among them is Kendall (Jeremy Strong), the successor that is obvious to everyone but Logan. Kendall is smart, hardworking and decent (perhaps only in contrast to his surroundings), but the weakness his father probably sees is that his vulnerability shows.

Kendall’s sister Siobhan (or “Shiv” for short) is far more appealingly ruthless (Sarah Snook brilliantly masks cunning with charm). But she has political aspirations and can only afford to side-eye and occasionally disrupt family matters. And then there’s Kieran Culkin’s snaky Roman, a mean-spirited wisecracker who takes nothing seriously but has enough nerve to be offended when everyone assumes the least of him.

There’s more to the Roy clan: half-siblings, spouses and life-long associates – all of them take their cues from the family at the centre in how to position themselves and make grabs for power.

The characters have very little love to share, which would be unbearable to watch if it weren’t so funny. Executive produced by Will Ferrell and Adam McKay (who directs the first episode), the series is unrelenting with its humour: the laugh-out-loud kind the dry and sarcastic kind witty sight gags and the kind that gets stuck in your throat because you realize how depressing it all is.

Like McKay’s mortgage-crisis satire The Big Short, Succession delights in language and how it’s used in power games. In the 2015 film, Wall Street brokers complicate matters with financial jargon, making investments seem too complex to understand just so you can take their word for it and buy what they shouldn’t be selling. McKay countered that by having Selena Gomez explain Synthetic CDO’s or using Jenga to illustrate the mortgage bubble.

Characters in Succession choose their words to manipulate, intimidate or simply assert their position while they negotiate with money they don’t have or leverage power they don’t believe in.

“You guys need to work things out for yourself,” says Greg, a bumbling and broke cousin (Nicholas Braun) learning the ropes from his extended family through trial by fire. He takes a cab ride at the family’s behest after they stripped his last dollar because they can’t be bothered whipping out their own. So Greg instructs the doorman at his destination to sort out the driver’s payment. “Because basically, one of you doesn’t have $14.”

It’s a small and amusing anecdote that shows how the rich play with other people’s money. And it’s among the very few scenes where we see the Roy’s real world influence creep back into Succession’s insular world view. Sexual harassment and racial discord are issues that show up glancingly, barely noticed by the Roys as they trample through. But you’ll notice how their attitudes create a top-down effect that accommodates those very issues.

For the Roys, the stakes in that thrilling board of directors meeting is a dysfunctional family affair. For everyone else, it decides who controls the narrative at a pervasive empire.