NOW MagazineMovies & TVReviewsReview: To All The Boys: P.S. I Still Love You captures the fizzy pleasures of the original

Review: To All The Boys: P.S. I Still Love You captures the fizzy pleasures of the original 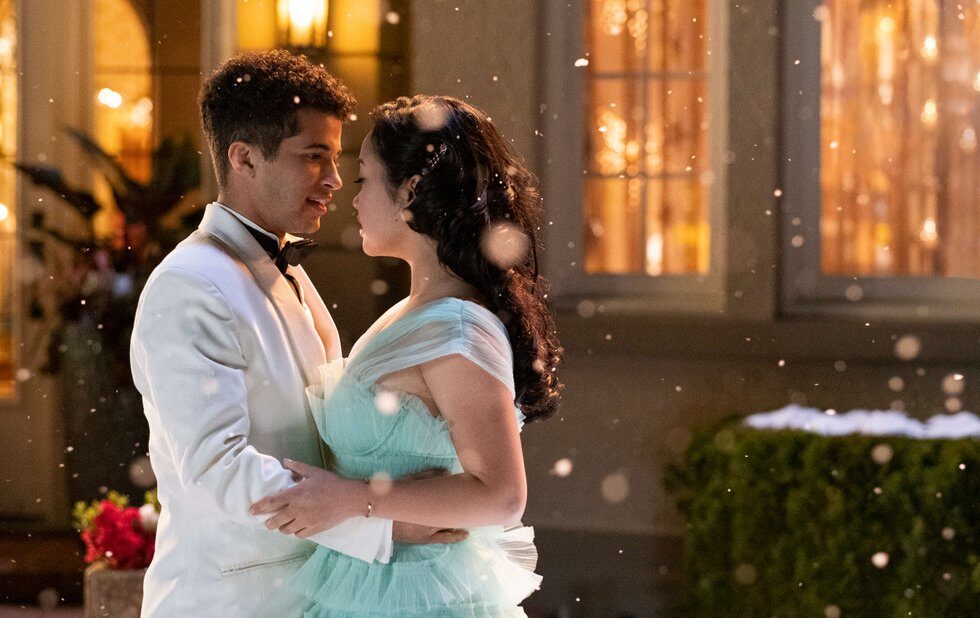 TO ALL THE BOYS: P.S. I STILL LOVE YOU (Michael Fimognari). 101 minutes. Streaming on Netflix Wednesday (February 12). Rating: NNNN

It took a while for me to catch up to To All The Boys I’ve Loved Before, but I really enjoyed it.

Adapted from Jenny Han’s YA novel, it’s a charming teen comedy starring Lana Condor as Lara Jean Covey, a Portland high school student trying to do damage control after the love letters she wrote to her crushes in her youth (but never mailed) mysteriously find their way to the intended recipients. Desperate to show she’s moved on, Lara Jean starts a fake relationship with classmate Peter Kavinsky (Noah Centineo)… which eventually blossoms into something real.

Taking its aesthetic from 80s teen rom-coms while refusing to buy into the genre’s retrograde attitudes, Susan Johnson’s 2018 movie offered a richly imagined world where nearly every character had a proper backstory and a sense of presence. And Condor – who I’d only seen in stuff like X-Men: Apocalypse and Deadly Class – was a revelation as the complicated hero. If you let the movie get past you, maybe give it a look. It’s smarter and sharper than the marketing made it seem.

Why am I telling you all this? Because Han wrote two other books in the series, and Netflix greenlit those adaptations as soon as the first movie hit. And now the first of them, To All The Boys: P.S. I Still Love You, is here. And it’s pretty great, too.

P.S. I Still Love You recaptures the fizzy pleasures of the original, while abandoning the 80s trappings for a slightly more mature storyline. Lara Jean and Peter are a proper couple now, and Lara Jean is buzzing over getting to enjoy their happily ever after. But it turns out that having a boyfriend just means new complications like getting on each other’s schedule, dealing with their personal histories, thinking about how physical they’re prepared to be. (As in the first film, desire and consent are inextricably linked, an almost startlingly progressive choice in a movie aimed at teens.)

A much larger complication looms in the recently resurfaced John Ambrose (Jordan Fisher), another recipient of Lara Jean’s love letters who, it turns out, was just as into her as she was into him. And once they start working together at a retirement centre, Lara Jean finds herself wondering whether she made a mistake by choosing Peter before all the responses were in.

Taking over as director, series cinematographer Michael Fimognari maintains the bright, stylish look while letting the actors shift the tone towards the dramatic. Condor plays up Lara Jean’s vulnerability and insecurity now that she’s in a relationship, while Centineo gets to go full Young Ruffalo as the sensitive, supportive jock Peter.

Fisher has a little less to do as John Ambrose, but he gives the character a gentle, steadfast presence. John Corbett and Anna Cathcart resume the angel/devil pairing of Lara Jean’s father and younger sister, while the supporting cast expands to include, among others, Sarayu Blue as a potential love interest for Dr. Covey and Holland Taylor as an older woman who becomes Lara Jean’s unlikely mentor.

It’s great to see a fluffy high school picture that doesn’t talk down to its audience or its characters, with most of the story’s complications growing out of who these people are and what they mean to one another. At a crucial point, a spat between Lara Jean and Peter escalates into a real fight precisely because they know each other so well.

Also great? Even though there’s another movie on the way, P.S. I Still Love You offers a proper ending to its story. It’s just that you’ll want to see more of these people, which is handy.