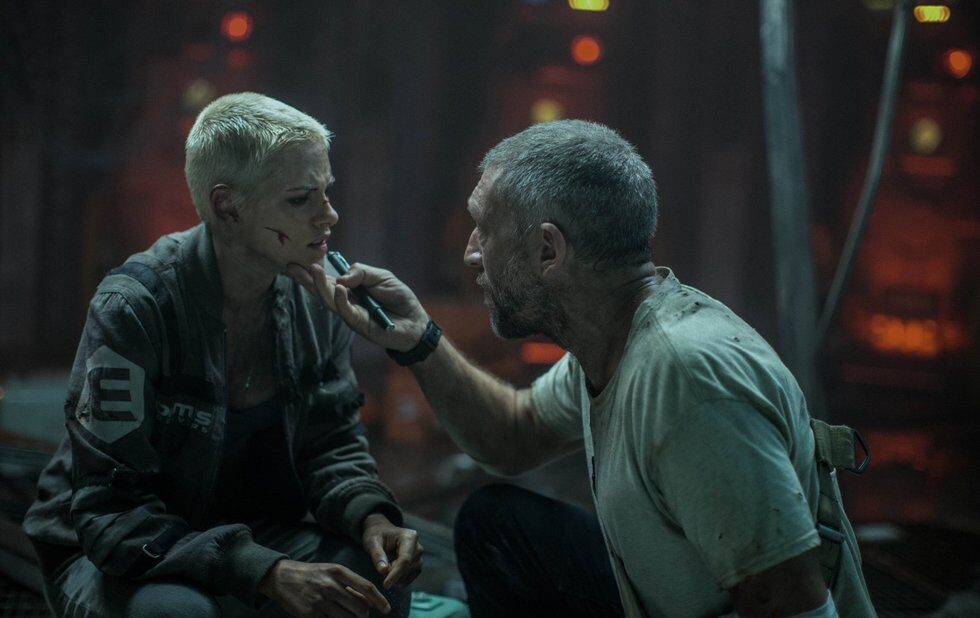 In genre storytelling, familiarity can be a good thing – a self-aware riff on this, a stripped-down version of that, a clever transplantation of a theme, and so on. The new Star Wars movies are in constant conversation with the old ones, for example, and usually the better for it.

But sometimes you wind up sitting in a movie theatre thinking of better versions of the film you’re presently watching. That’s the case with Underwater, which plays like The Abyss and The Descent shoved in a blender set to Alien, and if that feels like a mixed metaphor, well, just watch the movie.

Opening six miles below the surface of the Pacific, director William Eubank’s follow-up to his Sundance sci-fi hit The Signal tracks a handful of survivors of a collapsed drilling rig as they try to reach safety by going even deeper – hey, it makes sense at the time – and discover that they’re not the only ones moving around down there.

It’s a story we’ve seen a hundred times before – most recently as Life and Sea Fever but stretching all the way back to 1958’s It! The Terror From Beyond Space – so the entertainment value must come from the execution and the performances rather than the story.

And… yeah, about that.

It’s true that the screenplay, by Brian Duffield (The Babysitter) and Adam Cozad (The Legend Of Tarzan) provides a near-constant flow of action, while still hitting the required markers of this particular story, and Eubank trades the alienating sterility of The Signal for a cluttered visual palette of shattered screens, sparking wires and messy flotsam, which references James Cameron’s love of clunky engineering and overmatched individuals in both The Abyss and Aliens.

But for all the work the filmmakers have put into the structure and the aesthetic, they’ve failed to do much with the characters. Kristen Stewart, Vincent Cassel, Jessica Henwick, John Gallagher, Jr., Mamoudou Athie and T.J. Miller (sidebar: really?) do their best to give their scrambling, desperate characters more than one dimension while performing to murky CG action in various states of undress, but there’s not a lot they can do to make things feel fresh or surprising.

It’s one thing to ask an actor to flesh out a type. Underwater throws its cast into the deep end with little more than name tags, and all we can do is watch them flounder.