NOW MagazineMovies & TVReviewsReview: The Hunt, even without the controversy, is a terrible movie

Review: The Hunt, even without the controversy, is a terrible movie 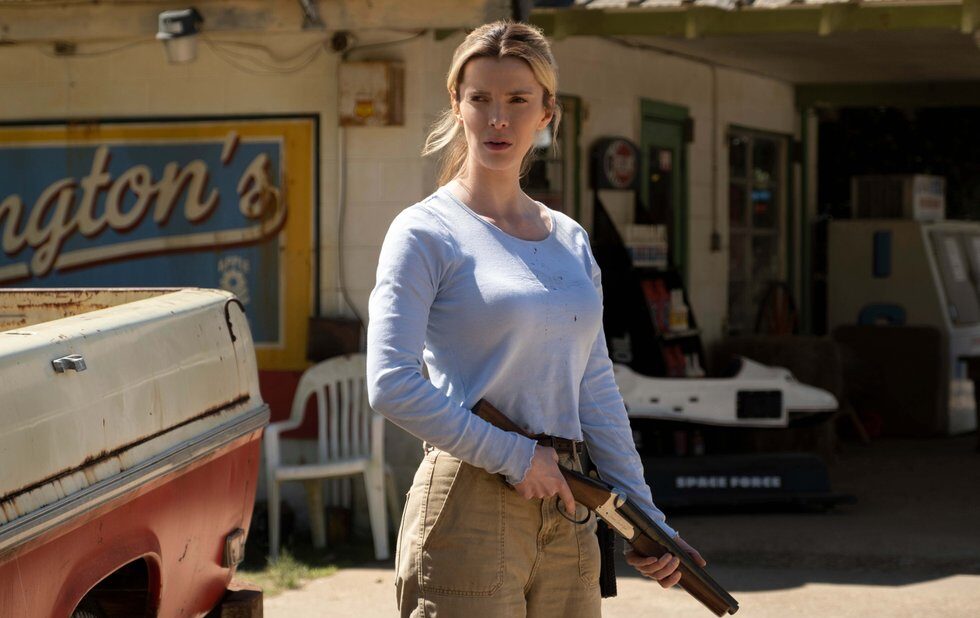 Remember the furor over The Hunt?

Six months ago, the right-wing echo chamber decided that a movie no one had seen – but which was apparently about liberal elites hunting “deplorables” for sport – was an affront to good clean American values, mounting an outrage campaign that eventually got Donald Trump to call the movie “racist” (sure, whatever) and compelled Blumhouse and Universal to yank it from its planned September 2019 release over fears of MAGA warriors shooting up movie theatres. Way to go, conservatives.

Anyway, the news cycle has moved on and we have so many other things to worry about, like a global pandemic and the self-destruction of the Democratic party in a vital election year. Thus we’re all ready for The Hunt, finally arriving in theatres with a retooled marketing campaign that uses last year’s controversy as a hook and suggests Craig Zobel’s film will be just one more dumb distraction in the ongoing meltdown of America.

Sadly, “dumb” is the operative word. While the story does indeed follow a Fox News viewer’s worst nightmare, Nick Cuse and Damon Lindelof’s script is a jumble of misfiring ideas, mixing political satire with splatter-movie violence but never settling into a lane. Structurally it’s a mess – either giving us more information than we need or shifting perspectives in a way that derails the suspense of a given situation.

There’s a way through the story that makes sense, and you can sort of see it, but maybe it felt too similar to The Hunger Games – though that does seem to be one of the jokes that was abandoned halfway into the development process.

I would love to see what this movie was supposed to look like the first time around – as I wrote last August when the controversy flared up, Zobel’s a pretty nuanced and thoughtful filmmaker whose previous films Compliance and Z For Zachariah suggested a willingness to unpack matters of socialization and identity and see why people do the things they do. The Hunt, in its theatrical version, does not appear to be the work of the same guy.

The one thing the film does have going for it is Betty Gilpin, the GLOW star who turns up here as Crystal, an especially resourceful target who decides that if people are going to try to kill her, she’s going to kill them right back.

Gilpin’s pissed-off avenger is an unironic anti-hero in the Snake Plissken mode, short on words and big on action, and she’s the one reason to see The Hunt on a big screen. The rest of it – the garbled messaging, the muddled direction, the waste of an ensemble that includes Hilary Swank, Glenn Howerton, Ike Barinholtz, Amy Madigan, Macon Blair and Emma Roberts – might as well have stayed on the shelf.

Maybe they’ll release a director’s cut on Blu-ray. I’d be willing to take a look at that.