TIFF review: Falls Around Her 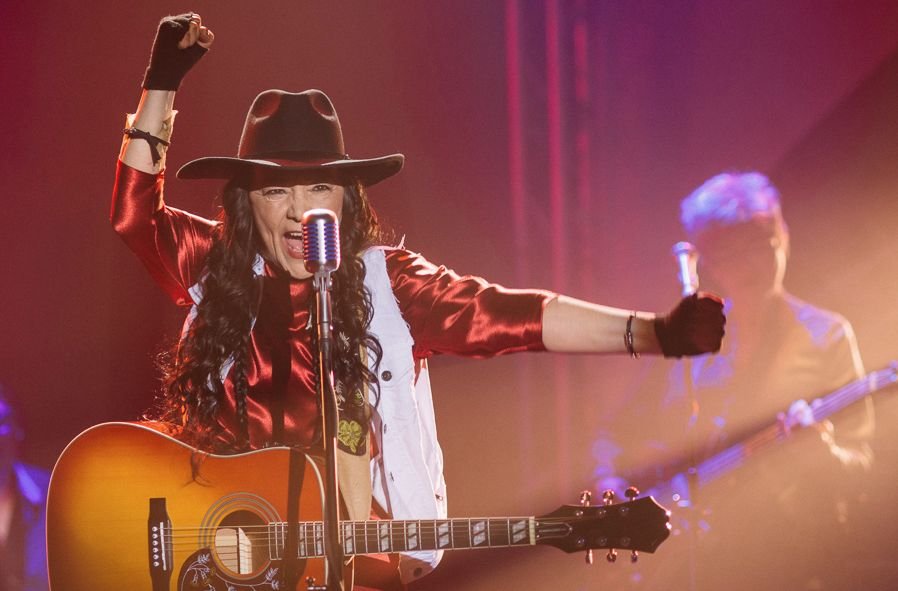 Falls Around Her is legendary Cree and Métis actor Tantoo Cardinal’s first lead role in a feature film – and she’s enthralling in it.

Cardinal (known for Dances With Wolves and the TV series, North Of 60) plays Mary Birchbark, a famous Anishinaabe musician who returns to the Northern Ontario reserve where she grew up after years of touring and living in cities. Surrounded by her sister Betty (Tina Keeper) and old friends, Mary tries to adjust to a quieter life while wrestling with the life she left behind.

Written and directed by Naponse of the Atikameksheng Anishnawbek First Nation, Falls Around Her touches on some contemporary Indigenous issues – the community protests against a mining company polluting the waterways and a joke about the government not honouring treaties – but at its core, the film is a story of one woman’s resilience as she regains her independence.

While the drama purposefully drops subtle clues to Mary’s past, too many details are left unexplained. By the end, you’re left wanting to know more about Mary’s history and her future, too.

For those keen to see more of Cardinal, catch her at TIFF in Through Black Spruce and The Grizzlies.