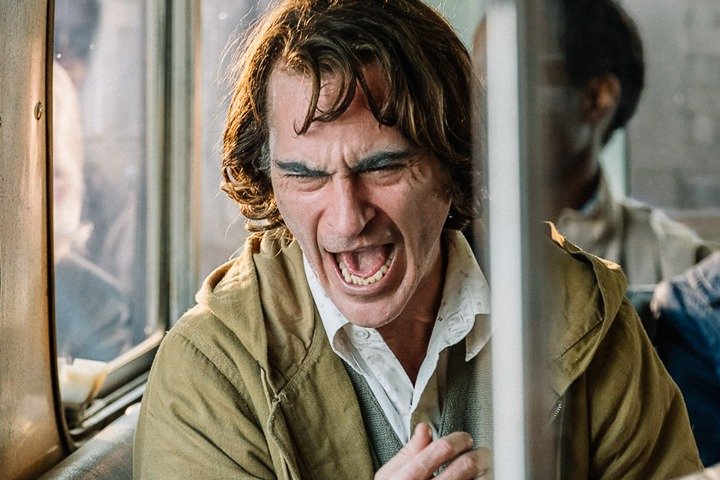 The actor finds real pathos in the confused, tragic arc of an aspiring Gotham City comedian whose miserable life sets him on a path to becoming Batman’s greatest nemesis. And director Phillips, who co-wrote and co-produced Joker, spends long stretches of his movie just standing in awe of his star. Or possibly he was admiring the sets and the lighting package. I can’t really be sure.

So much of Joker is a wallow in artifice. It brings nothing to our understanding of the character that wasn’t already offered in Christopher Nolan’s The Dark Knight, which synthesized decades of comics mythology into Heath Ledger’s nihilistic shell.

This film gives him a name (Arthur Fleck), a day job (clown) and a few other personality tics, and then does almost nothing with them, as Phoenix stalks through a grimy Gotham playing with makeup and seething with violence. He admires a talk-show host (Robert De Niro, playing the Jerry Lewis role from The King Of Comedy, in case younger viewers might miss the Scorsese references on which Phillips has built his church). He stalks a woman (Zazie Beetz), or maybe he doesn’t. And he really hates this rich guy named Thomas Wayne (Brett Cullen).

Phoenix keeps it going for a little while, and there’s a point where the movie looks like it might address the appeal of The Joker as an incel icon he takes what he wants, laughs at authority and has hundreds of acolytes hanging on his every word, of course they’d identify with him.

But Phillips is happy to just float it briefly, the same way he sorta-kinda suggests an endless class war in Gotham without ever really delving into the reasons the system is failing. He wants to make an elevated comic-book movie, and Warner Bros. clearly wants that too, but that’s not what they got.

I guess they really love interpretive dance in Venice.