Series finale of one of the few queer shows that centres a non-anglo, non-white, non-binary, gay-straight narrative ends on a note of hope 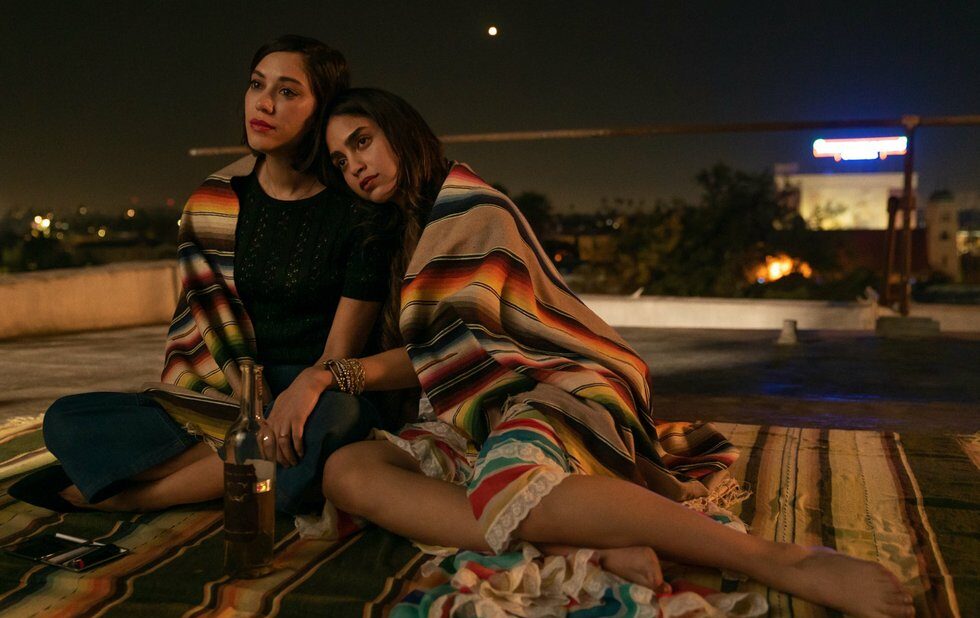 In Vida’s third and final season, a lot has changed. Each character has believably grown into her own, including the one around which everyone revolves: the Vida bar, which is now popular and turning a profit. But in this short season’s six episodes, it continues to be one of the few queer TV shows that centres a non-anglo (the show is in Spanglish-lite), non-white, non-binary, gay-straight narrative. (Some spoilers ahead.)

After the death of their mother, Vida, Latinx sisters Emma (Mishel Prada) and Lyn (Melissa Barrera) are more settled in Boyle Heights, Los Angeles, the Mexican-American community of their childhood. They’re working together as business women with defined roles –  Lyn on the creative side, Emma on the administrative side – but they’re still not on the same page. And they’re closer to agreeing on how to make their corner profitable on their own terms: Latinx, queer, trendy and local.

Emma’s life has developed beyond the business. Her loosening of control is evident in the opening scene: she and Nico (Roberta Colindrez) move together playfully and sensually in bed. This encounter isn’t about power play, as per Emma’s usual sexy displays, it’s about give and take, which she does a lot of all season. Ice-cold Emma has been replaced with someone willing to show weakness and experience joy – a very real and relatable demonstration of growth that’s aspirational for queer women of colour at this moment.

Lyn is making better decisions about men, what she wants from the business and her own life. She cares about the neighbourhood she grew up in, but not about upholding the old guard’s old school standards. We get to see who Lyn is underneath her partying, free-flowing ways.

After an incident between ICE and a neighbour, activist Mari (Chelsea Rendon) questions her role with anti-gentrification group Los Vigilantes. The group’s actions keep stalling because of their collective decision-making process, which leads to missed opportunities.

Though important and relevant, this whole anti-gentrification plot line is getting pretty tiresome as it plays out in real time in neighbourhoods and cities everywhere. So Mari’s reflection and ultimate change in direction comes as a relief. We watch her transition from being a trope of an angry woman of colour to taking control of the direction of her individual activism. A once-annoying character grows into a meaningful player in her community.

Eddy (Ser Anzoategui), Vida’s widow, is out of the apartment and the business, and has less screen-time this season, which disappointingly means less butch visibility. In seasons one and two, I revelled in scenes with Eddy and her butch friends. Because, in real life, where have all the butches gone? This exact question is addressed in a painful scene where Eddy’s masculinity and identity as female are challenged by a young drag king, highlighting generational change and contemporary discourse about progress and language within queer and trans communities of colour.

The show forces us to question identity: Who is Mexican? Who is American? Who is queer? Who is local and who is a gentrifier? Fortunately, the answers are not neatly packaged because they are beside the point. The point of shows like Vida, other than to entertain, is to capture a very real cultural moment that challenges the cis, white, hetero, patriarchal status quo – to show viewers that another world is not only possible but she is already being created.

The question about who constitutes a family separates this season from previous ones, as the sisters are forced to reckon with their sibling relationship and face family secrets about why Emma was sent to live with their abuela as a child. It’s heartbreaking to watch, but true to who free-spirited Lyn and controlled, pragmatic Emma are as people and sisters. And it ties up loose ends.

I’m sad Vida is over, but I’m glad it won’t drag on for seasons of meandering tension. This final season rounds out the edges of many points of tension, without concluding the story. The season offers hope for what may happen to Emma and Lyn in Boyle Heights and in vida (Spanish for “life”).

And right now we need hope in order to continue imagining the world that we want to live in. Amongst all the other queer shows currently streaming, Vida shines the brightest.