Including the Gossip Girl revival, Steven Soderbergh's No Sudden Move and Judas And The Black Messiah 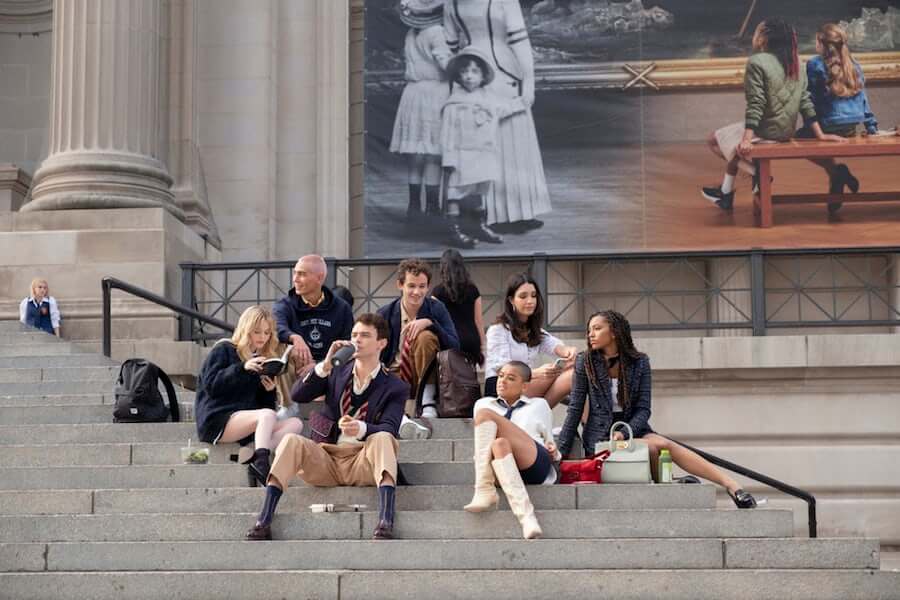 Gossip Girl is getting a revival for the Gen Z era.

The teen soap from the mid-aughts gets a 2021 revival, meaning this cast is more diverse and the mega-rich characters will be checking their own privilege a lot more than Blake Lively and Leighton Meester’s Upper East Side prep school kids ever did. In this sequel series, Kristen Bell returns as the omnipotent “Gossip Girl” narrator and the storylines promise to be edgier since the show has migrated from HBO to the CW. July 8

Seven months after dropping the Meryl Streep transatlantic dramedy Let Them All Talk onto HBO Max, Steven Soderbergh switches gears for this 50s heist movie, which reunites him with his Mosaic screenwriter Ed Solomon, and frequent collaborators (and Traffic co-stars) Don Cheadle and Benicio Del Toro. Amy Seimetz, Brendan Fraser, David Harbour, Jon Hamm, Julia Fox, Bill Duke and the late Craig muMs Grant are also along for the ride. As are we. July 1

Enlightened creator Mike White returns to HBO with a unique and scathing outlook on privileged white people with emotional baggage. And in The White Lotus, they’re taking that baggage to Hawaii. White’s latest bitter comedy stars Connie Britton, Steve Zahn and Jennifer Coolidge as the guests who demand comfort(ing) at a resort for the rich. July 11

This Australian dramedy stars Frances O’Connor (Mansfield Park, Mr Selfridge) as a palliative-care doctor on the Gold Coast whose comfortable routine is up-ended by the arrival of her suicidal English mother (Killing Eve’s Harriet Walter). Creator Samantha Strauss co-wrote last year’s Naomi Watts drama Penguin Bloom and is a producer on the upcoming Nine Perfect Strangers, so there’s the potential for this to be redemptive, twisty or both. We really have no idea. July 18

Shaka King’s powerhouse drama about the complicity of FBI informant William O’Neal (Oscar nominee LaKeith Stanfield) in the 1969 murder of Chicago community organizer Fred Hampton (Oscar winner Daniel Kaluuya) is one of the year’s best movies, collapsing America’s past and present into one awful continuous moment. It understands how power structures work to maintain themselves, while somehow not fully snuffing out Hampton’s hope that dismantling those structures is the way to a better future. And it’s driven by two fully inhabited performances, with Stanfield’s hollowed-out O’Neal reflecting Kaluuya’s radiant charisma and intelligence as Hampton. Dominque Fishback’s pretty great as Hampton’s partner Deborah Johnson, too. July 2, with HBO

This Movie Is Broken

In the summer of 2009, Broken Social Scene put on a free show at Harbourfront; Don McKellar and Bruce McDonald made a movie around it, shooting the concert and adding a fictional story about two old friends (Georgina Reilly, Greg Calderone) wandering down to see it. The result is a loose, rambling and awfully endearing movie that captures Toronto life at its shaggiest – and which now serves as a melancholy last gasp of the city we used to be, before Rob Ford rode the garbage strike into the mayor’s office and set Toronto The Good on the path to the colder, angrier place it is today. But the movie’s sweetness, combined with the band’s obvious joy at being together onstage, can still carry you away. July 7, with Starz

Launched at TIFF 2019 only to have its theatrical run derailed by the pandemic, Irish filmmaker Neasa Hardiman’s waterborne riff on Alien and The Thing feels awfully prescient now, being the story of a group of sailors – among them We Hunt Together’s Hermione Corfield, Nobody’s Connie Nielsen and Batwoman’s Dougray Scott – who encounter a parasitic infestation on a research run, and must decide whether to quarantine themselves to keep it from contaminating the rest of the world. Total fantasy, right? July 14, with HBO

Revolution Of The Daleks (Doctor Who Season 12 Special)

Pillars Of The Earth (season 1)*

Kevin Garnett: Anything Is Possible

The Hobbit: An Unexpected Journey+

The Hobbit: The Desolation Of Smaug+

Girl With A Pearl Earring*

Me And Earl and The Dying Girl*

The One And Only Dick Gregory

This Movie Is Broken*

The Death Of Stalin+

The following titles are leaving Crave in July 2021.

The Art Of Self Defense

There’s Something Wrong With Aunt Diane

Blast From The Past

Deliver Us From Evil

Die Hard: With A Vengeance

A Good Day To Die Hard

Hector And The Search For Happiness

So I Married An Axe Murderer

The Theory Of Everything