Review: Judas And The Black Messiah collapses America’s past and present into one awful continuous moment 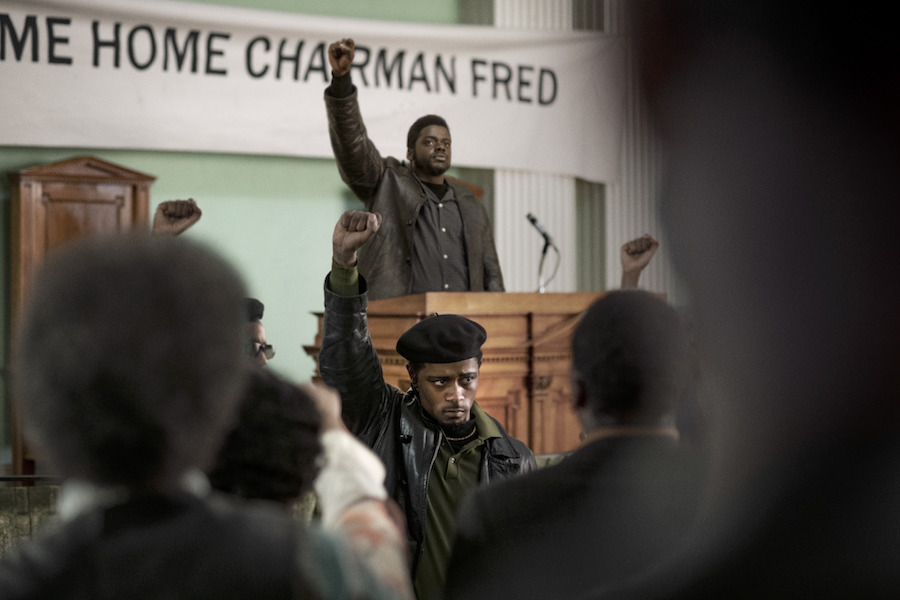 The events of Judas And The Black Messiah take place half a century ago, in 1968 and 1969. But the issues at play in Shaka King’s stirring film, the ramifications of its drama – hell, even some of the dialogue – are utterly, piercingly contemporary.

Judas And The Black Messiah tells the story of Fred Hampton, who in a just world would stand with Dr. Martin Luther King, Jr. and Malcolm X in a triumvirate of American civil-rights leaders. But this isn’t a just world, and Hampton – a charismatic community organizer with the Chicago chapter of the Black Panthers, and on track to a position of prominence in the national organization – was killed before he could make good on his incredible potential, shot dead in a Chicago apartment during a police raid. He was 21 years old. He was asleep.

As you may have guessed, Hampton is the messiah of the film; William O’Neal is his Judas. O’Neal was a petty thief recruited as an FBI informant and ordered to infiltrate the Panthers, get close to Hampton and see what he could dig up. He did what he was told. J. Edgar Hoover got his precious intel. People died. Order was maintained… for some people, anyway.

In less skillful hands, Judas And The Black Messiah could play like hollow Oscar bait, a tragedy of Black lives manipulated by cynical white authority in a less enlightened time. Think of prestigious efforts like Cry Freedom or The Hurricane, which turned horrific abuses of state power against Black men into stories of triumph, reassuring their audiences that these things just don’t happen anymore.

Except of course they do, and in truth they never stopped, and King’s movie – co-written with Will Berson from a story by Keith Lucas and Kenny Lucas – keeps subtly drawing parallels between what Fred Hampton and his comrades experienced to the contemporary Black Lives Matter movement.

When Hampton makes a speech about self-reliance and resistance against the everyday brutalities of living in a police state, the only thing that’s changed are the clothes and hairstyles. That’s the point, of course, but the film doesn’t underline it. It doesn’t need to.

Working with Steve McQueen’s regular cinematographer Sean Bobbitt, King gives Judas And The Black Messiah a nervous, contemporary feel, its every scene carrying an immediacy that threatens to punch through the period setting. And that extends to the leads, Daniel Kaluuya and LaKeith Stanfield, who I’d initially worried might be too modern in their styles to fit into this project.

I shouldn’t have been concerned. Both actors are almost a decade older than their characters, but that doesn’t matter. Stanfield’s natural watchfulness serves him perfectly as O’Neal, whose surface charm barely covers the fact that he’s in over his head, and knows it. Kaluuya captures Hampton’s blazing intensity and magnetism, as well as his quicksilver speaking cadence. (He also shows us a very different version of the man in his scenes with Dominique Fishback, who plays Hampton’s comrade and eventual partner Deborah Johnson.)

Both actors are terrific, though Kaluuya can’t help but pull focus as Hampton: he has to convince us we’re watching someone who could have changed the course of American history. And in the movie’s most powerful moments, we see it.

A crucial speech that Hampton gives in a church, for instance, is shot less like a documentary than a concert movie; we’re in the church where he’s speaking, placed alongside O’Neal, now the Chicago Panthers’ trusted head of security, as he scans the crowd.

But then the shots get wider, and we can feel the way the energy of the crowd changes as Hampton hurtles towards his inspirational crescendo – even as O’Neal’s own dread grows more and more profound. He’s seeing a very different future. It looks like the present, and it’s coming for everyone in that room.

That’s the balance that Judas And The Black Messiah strikes from moment to moment. This is one of the best movies of the year, collapsing America’s past and present into one awful continuous moment – understanding how power structures work to maintain themselves, while somehow not fully snuffing out Hampton’s hope that dismantling those structures is the way to a better future. King sees everything clearly, and carves it onto the screen. It’s a hell of a thing.