Allie X left Toronto for Los Angeles, and Collxtion II is the result 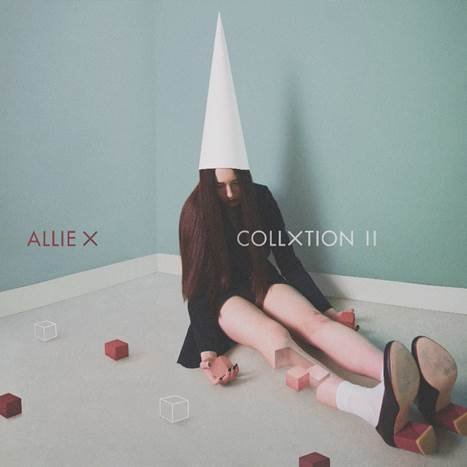 Toronto has long been a huge market for big shiny pop music, so it continues to be irritatingly ironic that big shiny pop artists like Allie X (aka Allie Hughes) must relocate to Los Angeles in order to maintain their shine.

Her debut studio album puts a satisfying emphasis on low-end sound, and thematically it’s more straightforwardly cheery than 2015 EP CollXtion I, which paired moody lyrics with fun melodies to classic Dancing With Tears In My Eyes effect. At 10 tracks, CollXtion II is as clean and tight a pop record as they come.

Paper Love kicks off the proceedings with a whistled melody that’s somewhat grating and a little too PB&J (Peter Bjorn & John), but the song’s metaphors likening relationships to various minor injuries cleverly suggest masochism without going overboard. Hughes continues to up her lyrical game even though the album’s central subject – romance, mostly tortured – is standard.

Need You, a duet with Valley Girl, is a deceptively sweet-sounding breakup jam with a gentle groove and Bon Iveresque vocal effects, and hooky Cassanova – originally released as an over-the-top torchy demo – goes down nicely as a snappy house banger with Daft Punky vocoder on the outro. Lifted feels generically on-trend with its reggae-pop beat, while summer will be much improved if Old Habits Die Hard and That’s So Us land some decent radio play.

The ballad and album mission statement True Love Is Violent ends the record with Allie X’s most direct and raw vocal, though the song is more measured in delivery than the title might suggest. It makes sense, given CollXtion II marks a streamlining of her Top 40-friendly instincts, melding 80s pop and contemporary trends into a sharply refined sound.

Top track: That’s So Us