Obsessions with Claire Boucher's personal life and perceived authenticity often overshadow what should be self-evident: her beautifully ambitious and singular pop music 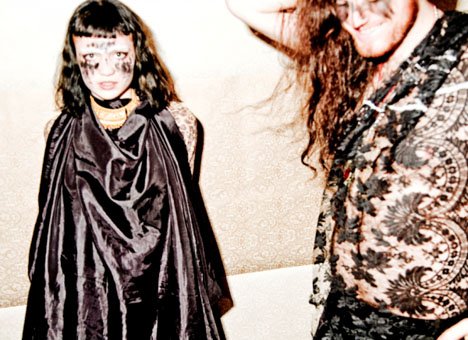 In the long lead-up to her fifth album, Grimes declared on Instagram that Miss Anthropocene was a concept album anthropomorphizing the “goddess of climate change.”

Thematically, it’s less a rallying cry than a fantastical examination into the inevitable doomsday. About two-thirds through the album on My Name Is Dark, she sums it up: “So we party when the sun goes down imminent annihilation sounds so dope.”

Miss Anthropocene is darker and more cohesive than 2015’s Art Angels, which ricocheted from saccharine power pop to breezy country. But it still feels like a natural evolution for the Vancouver-born Claire Boucher, the self-taught producer, musician and perfectionist who has always been drawn to genre-bending and eschewing trends

On the downtempo Darkseid, named after the DC Comics super-villain, her airy vocals are paired with the jittery verses of frequent collaborator Taiwanese rapper 潘PAN (formerly Aristophanes). Inspired by the opioid epidemic and written the night Lil Peep died of an accidental overdose, Delete Forever showcases Boucher’s lucid voice as she sings “more lines on the mirror than a sonnet” over acoustic guitar and plucky banjo. (For those stunned by the inclusion of banjo on a Grimes song, go back and listen to the glittery California from Art Angels). Boucher’s ode to nu-metal We Appreciate Power – originally released as a single and now available on the deluxe version of the album – clangs like a Mad Max anthem as Boucher pledges allegiance to artificial intelligence and computers.

The standout My Name Is Dark feels like classic Grimes: punchy drum machine beats and otherworldly synths, feather-light vocals that morph into sinister screams, an errant guitar solo, a nod to the Smashing Pumpkins. (In our 2015 cover story, Boucher said she feels like “a way less popular Billy Corgan” because they’re both terrible at talking to journalists and both like playing with genre.)

Around the halfway mark of the nearly six-minute song, she coos “unfuck the world, you stupid girl.” It feels like an indictment of how the media and segments of the indie music scene have obsessed over every detail of Boucher’s life since the release of her breakthrough 2012 album, Visions, when she was catapulted from the Montreal’s DIY loft scene and into the offices of Roc Nation, the red staircase of the Met Gala and onto pages of gossip rags.

Unsurprisingly, the rollout of Miss Anthropocene has been rife with controversy: the press release sent to critics notes that Boucher is now “moving into the space of corporate surrealism” and that she’s recently had “experimental eye surgery only available to the upper class” – seemingly self-aware trolling referencing her relationship with tech billionaire Elon Musk. And then there are the billboards proclaiming Global Warming Is Good, as decreed from her post-human persona also called Miss Anthropocene.

For nearly a decade, journalists and fans – yes, including myself – have been so preoccupied with Boucher’s personal life, her pop star potential or authenticity as an artist, that this narrative has overshadowed her actual music. But Boucher’s production prowess, beautifully complex and ambitious songwriting, is self-evident on Miss Anthropocene.

Top track: My Name Is Dark