Mount Eerie’s A Crow Looked At Me is unsettlingly personal 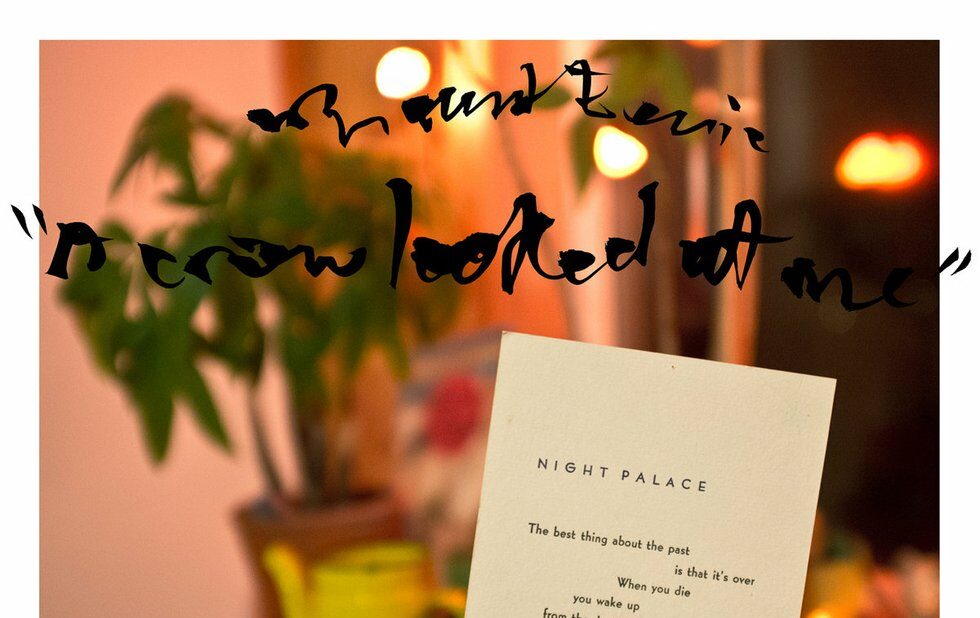 Phil Elverum’s eighth album as Mount Eerie opens with the lyric “Death is real,” a line that reappears on other songs with increasing intensity, until Elverum cries it out in anguish. It could have been the title to this devastatingly intimate chronicle of the weeks and months after Elverum’s wife, Geneviève Castrée Elverum, died in July 2016 of pancreatic cancer. Instead, he focused on his deep love for her. He addresses her on 10 of the 11 songs (on the final one, Crow, he switches to addressing their daughter, who goes from being a baby to a dreaming, talking “sweet kid”).

Elverum’s songs have often poetically explored absence and yearning through natural metaphors (“conceptual emptiness was cool to talk about back before I knew my way around these hospitals,” he sings on Emptiness pt. 2). And sonically, A Crow Looked At Me is not too far removed from Lost Wisdom, the beautiful, quiet album he made with Julie Doiron and Frederick Squire in 2008. But while Lost Wisdom is haunting, A Crow Looked At Me feels haunted.

Elverum recorded it at home in Anacortes, Washington, in the room where Castrée died. The songs were written on her paper and performed using mainly her instruments. (She was an artist, comic book artist and musician.) And the details he mentions – a knapsack she’d ordered for their daughter that arrives a week after she died having to throw out her underwear her bloody tissues and the fly that hovers in the air (“could that possibly be you, too?,” he asks) – feel brutally personal. Too personal. Death has made a previously private person shockingly, distressingly open. “I now wield the power to transform a grocery store aisle into a canyon of pity and confusion and mutual aching to leave,” he sings on My Chasm, perhaps with a touch of grim humour.

“When real death enters the house all poetry is done,” Elverum sings, yet he proves that to be untrue. It’s a different, more literal kind of poetry, but it’s also imbued with a mysticism that may come about only in crisis: as Castrée’s spirit gradually fades from the house, she exists practically everywhere: in the foxgloves, in waves across the water, in the sunset, in the crow following Elverum and his daughter.

Elverum has called his new record “barely music” (“it’s just me speaking her name out loud, her memory,” he told Pitchfork). But a close listen reveals it also to be a lovingly crafted album, with gentle melodies that linger in the air, pretty, memorable guitar lines and a subtle but persistent approach to percussion: a quiet, rustling drum machine and what sounds like either a muffled block or a shoe clopping. In this way, Elverum reminds us of the sovereignty of time, how it marches forward even when you really don’t want it to. For just one moment, Elverum uses a drum kit to signify a door slamming shut from the wind before he reluctantly takes out Castrée’s garbage. “It doesn’t feel good,” he sings.

A Crow Looked At Me is an unsettling, awkward listen and it might (probably will) make you cry. It’s also a tribute to an amazing 13-year love story (the penultimate song Soria Moria encompasses Elverum’s childhood longing, how he met Castrée and their instant connection) and may turn out to be one of the strongest albums of the year.