NOW MagazineMusicAlbum reviewsReview: Solange celebrates Black Americana on triumphant When I Get Home

Review: Solange celebrates Black Americana on triumphant When I Get Home

With her dreamy tribute to her Houston roots, the R&B/soul auteur shows the South has still got something to say 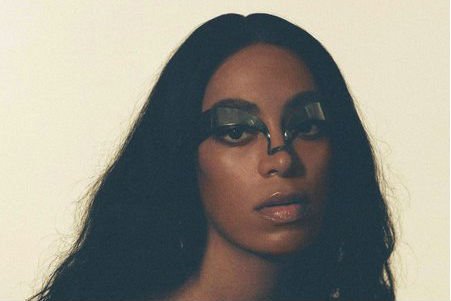 It’s hard to overlook the fact that Solange chose to release her new album in the twilight of Black History Month.

When I Get Home plays like a moody night ride through Houston’s Third Ward, with Solange in the driver’s seat resting one hand on the steering wheel and the other on the radio’s dial. The car smells like incense and Black Ice air freshener and the driver is wearing an XXL white tee.

Over 19 tracks, Solange frames her beloved hometown as an enduring fixture of not only Black history, but American cultural history. She asserts the influential, underappreciated cultural contributions of Black people in the South as classic Americana, singing about southern iconography, like candy paint and gold fronts, with fondness and conviction.

Each song and interlude is an ethereal vignette of Solange’s early life in Houston, with heavy thematic and stylistic tributes to the city. The project lifts up the cultural cornerstones that emerged there, most prominently from 90s and early 2000s hip-hop. The album’s first interlude, S McGregor, chops and screws Phylicia Rashad and Debbie Allen reciting one of their mother’s poems. Solange occasionally mimics the style in her singing, too, particularly on the jazzy Down With The Clique.

She sprinkles dirty south signatures over classic bassy funk and contemporary soul, fusing the influence of Sun-Ra and Stevie Wonder with style touches of her adventurous collaborators like rising New York crew Standing on the Corner and former members of Odd Future.

Playboi Carti and Pharrell assist on Almeda, one of the project’s high points, where Solange lists “brown zippers, brown face, black skin, black braids, black waves, black days, black baes, black days” as “Black-owned things” that “can’t be washed away, not even in that Florida water” – referencing the supposed supernatural substance that she famously carried on the 2018 MET Gala red carpet.

Songs play out like mantras, her rawness manifesting as repetition. On Things I Imagined, she travels up and down her vast vocal range over majestic, jazzy instrumentals, singing the song title over and over. Tracks flow seamlessly, with Solange’s breezy falsetto floating overtop – an extension of her sultry, slowed speaking voice, to which Sampha becomes a melodious echo on Time (Is).

In a Twitter Q&A exactly one year before the album’s release, Solange hinted at her album’s rollout. She wrote, “I was gonna release the Beatles cover on Valentine’s Day on Black Planet but couldn’t figure out how to work Black Planet in 2018.” One year later, she figured it out, announcing her album on the MySpace-era social network, which, yes, is still a thing. It fits the album’s vibe of affirming Black nostalgia, speaking to the comfort found in Black spaces, tangible and virtual settings where Black people can feel at home.

Top track: My Skin My Logo