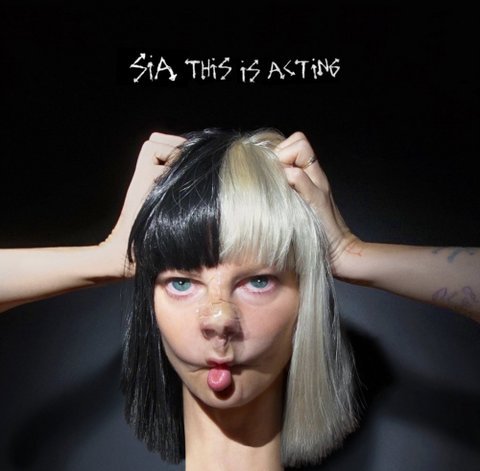 Pop-star-turned-songwriter-turned-pop-star-again Sia Furler apparently recorded her seventh album to fulfill contractual obligations with her music publisher. Whereas 2014’s 1000 Forms Of Fear sounded like top-40 fun but was lyrically full of violence and angst, This Is Acting is almost entirely material she originally wrote for other artists – hence the title.

And hence the fluffier tone that kicks off with Bird Set Free and Alive, a pair of Olympic-theme-song-sized belters rejected by Adele. You can imagine any number of today’s pop divas tackling these tunes, and while Furler has insisted she’s “play-acting” by singing the material, she manages to cut through generic themes to inject darker predilections with hard-sung vocals that sound downright masochistic at times.

Her voice screeches and breaks at top volume on aspirational steamroller Alive and cracks on the chorus of One Million Bullets. Elsewhere, the girlie-getting-ready anthem Cheap Thrills and the Amerie-esque Sweet Design temper -Furler’s proficient but heavy-handed -balladry.