These 10 artists, platforms and collectives are innovating in order to keep music alive in the COVID era 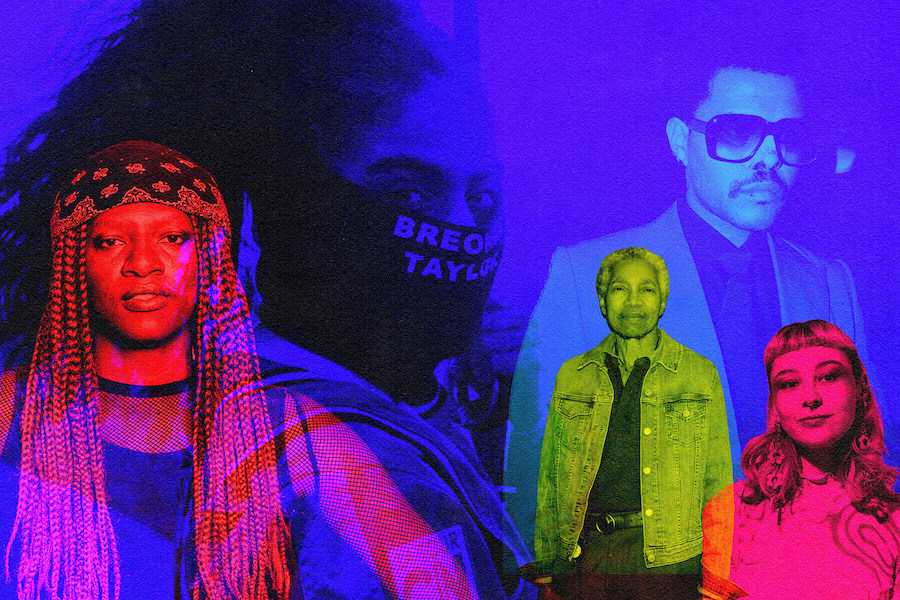 The COVID-19 pandemic has hit a lot of musicians hard. But despite hardships and uncertainty over the future of the music industry, many arists have managed to do big or admirable things over the last six months or so.

From livestream concerts, to new records to industry initiatives, here are some of the Canadian heroes keeping music alive in the lockdown era.

Daniel Romano already showed signs of a restless creative spirit, but nothing like what he’s been up to during the pandemic. The former Attack In Black troubadour somehow put out nine albums since the mid-March lockdown. They range from country to punk to long psychedelic meanderings. There’s a live album, a collaboration with a couple of members of Fucked Up, another with Tool’s Danny Carey and a full album cover of Bob Dylan’s Infidels. The latest one, How Ill They World Is Ordered, is the one getting a proper promotional push, but there’s diamonds on all of them.

Beverly Glenn-Copeland has been releasing spiritually-rich, electro-acoustic music for four decades, but the former Mr. Dressup fixture is finally receiving his due thanks to the 2015 reissue of 1986’s Keyboard Fantasies. His cult has been growing during the pandemic, with a documentary about his life winning the audience award at Hot Docs (it’s set to play at Inside Out). The pandemic also led to an unfortunate situation where he and his wife were left without a place to live, but his fans rallied by raising over $90,000 on GoFundMe. A new career retrospective, Transmissions: The Music Of Beverly Glenn-Copeland, features his first new song in 15 years, River Dreams.

She’s had a breakout couple of years, but Jessie Reyez didn’t put out her debut album until April. A mix of old and new songs, it shows what makes her special within the pop realm:  heart-on-her sleeve vulnerability, fiery passion and overall realness. Since then, she’s gone onto even bigger and better things. She’s been a strong voice on racial equity within the music industry, she made a cameo in Beyoncé’s Black Is King visual album and even performed the national anthems for the Toronto Raptors’ first playoff game from atop the CN Tower in a mask with Breonna Taylor’s name on it while kneeling. Excuse the pun, but the sky is the limit for her.

After the death of George Floyd and ensuing Black Lives Matter civil rights protests, there’s been new attention paid to how anti-Black racism operates within the music industry. In Canada, music industry collective ADVANCE formed to “lead the change in developing an infrastructure for the betterment, upliftment and retention of Black people in the music business.” It was founded by executives at all three major labels and includes over 100 people working at all levels within the Canadian music industry. The collective is still in its infancy, but this should be an important behind-the-scene voice for Black Canadian culture workers.

The pandemic has brought so many of music’s pre-existing problems into sharp focus. For musicians below the pop-star tier, it was never easy to live with the pennies that streaming platforms like Spotify pay in royalties. But it became even less tenable when the live music market completely died. In that time, musicians and fans have turned to Bandcamp. The artist-friendly online music distributor started Bandcamp Fridays, waiving their revenue cut and giving 100 per cent of sales to artists. It’s not only put $100 million into the dwindling pockets of music-makers, but resulted in an explosion of new releases and rare re-releases. It’s also become a time for donations to social justice causes, including Bandcamp’s own Juneteenth event where the company donated all proceeds to Black charities.

At a time when so many artists started playing music from bedrooms without much thought to presentation or sound, Luna Li elevated it to an art. Her mesmerizing solo jams layer multiple Luna Lis on top of each other, with her harp, violin and super-smooth guitar solos gliding over looping beats. Watching her tracks cascade in rhythm is very satisfying, enough for her to go viral from her own bedroom. Soon, young fans were sending her their homemade illustrations. We called her one of the Toronto artists to watch in 2020, and it’s been a lot of fun watching her do her thing.

The gospel has been spreading about this Montreal-based rapper who released two blistering metal-inflected horrorcore albums during the pandemic, God Has Nothing To Do With This Leave Him Out Of It and the follow-up Stigmata EP. The former is an underdog shortlister for the Polaris Prize. Her bone-crushing beats and intense rhymes, influenced by experiences growing up trans and religious in Zambia (along with artists like clipping., Death Grips and Danny Brown), are unlike anything else right now. She’s done great collaborations with both members of the now-broken-up Toronto industrial-pop act Black Dresses. And she’s a quality Twitter follow.

As hard a time as it’s been for musicians during the pandemic, it’s been nearly as tough for music media. As freelance budgets have been slashed and arts sections have shrunk, there are fewer pages (or even virtual pages) for Canadian artists to have their music meaningfully engaged with, or to even get the word out. Rather than wait it out, a group of Canadian writers (some of them NOW contributors) have banded together to form the New Feeling collective, a worker-owned publication that operates on a co-op model. They released their first digital issue, which features album reviews and a few meaty features and interview profiles. It’s forming before our eyes, though, with an impressive list of stakeholders, all making sure it’s a platform that represents the diversity and richness of music culture in the country.

Formerly Toronto-based artists Witch Prophet and SunSun (who are also a couple and the musical duo Above Top Secret) have moved to a farm on Caledon Hills and rebranded their label from 88 Days of Fortune to Heart Lake Records. The focus is on amplifying the voices of artists who are often marginalized in the Canadian music landscape, and they’ve launched a GoFundMe campaign to help do it. The fundraiser, which is currently up to $7,240 of their $50,000 goal, will fund 10 $3,000-$5,000 grants and mentorships for 2SQTBIPOC women and non-binary artists and allies making soul, hip-hop or R&B. Witch Prophet also released a fantastic album, DNA Activation, at the beginning of the quarantine. Give it a listen.

While others at the top rung of pop music’s ladder were choosing to hold off on releasing albums to wait out the pandemic and go on a proper tour (oh the naïveté of six months ago) the Weeknd rolled the dice and released After Hours. It shot to the top of the charts. Single Blinding Lights has become ubiquitous on both traditional radio and TikTok. Abel Tesfaye has also used his platform to support Black Lives Matter, challenging major labels and streaming services to go “big and public” (never his favourite register) with donations to Black causes, while doing the same himself. He’s also made sizeable donations to frontline workers.