NOW MagazineMusicConcert reviewsReview: American Football brought a lot of feelings to the first weekend of NXNE 2019

Review: American Football brought a lot of feelings to the first weekend of NXNE 2019

Plus: more early NXNE reviews of Haviah Mighty, Dizzy and others 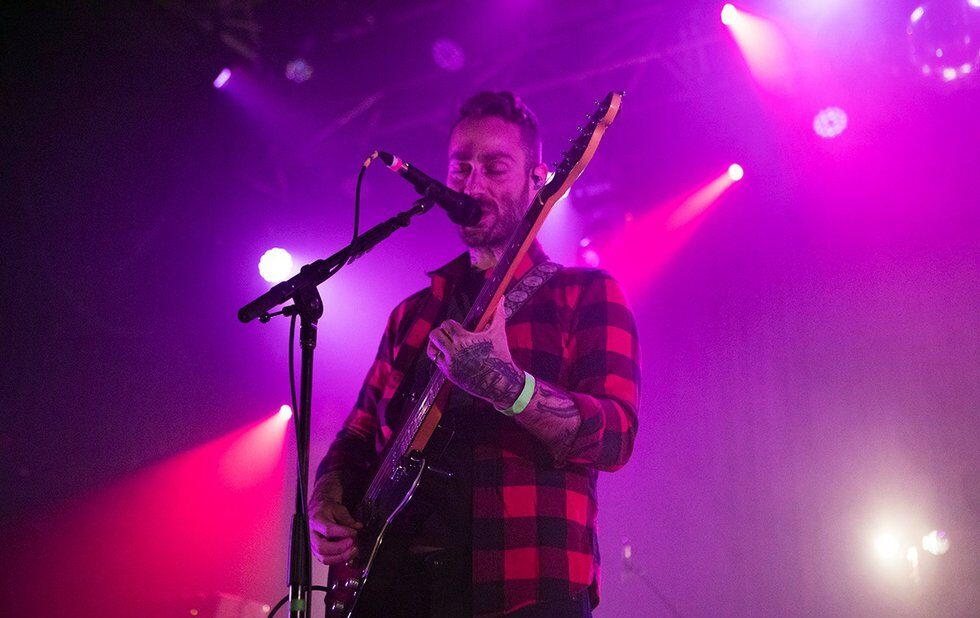 In the opening line of Honestly?, from American Football’s 1999 debut, Mike Kinsella deadpans, “I can’t remember teen dreams / all my teenage feelings and the meanings.” Yet when he shouted it at the Opera House, amongst devoted fans packed in and sweaty, the nostalgia was palpable.

When cult bands reunite after years apart – as American Football did in 2014 after lying dormant since 2000 – the myth-building interim can lead to reunion shows full of wistful sentimentality. (See also Neutral Milk Hotel, My Bloody Valentine.) At this NXNE show, the audience was mostly middle-aged white men air drumming along to every beat and an energetic legion too young to remember when the Illinois band released their first album but acted as if they’ve been waiting a decade to see them live.

In their first show here since the reunion, they played a mix of beloved old songs like I’ll See You When We’re Both Not So Emotional and Stay Home. They also played cuts from their recently released LP3, including moody Silhouettes, which like the album version, began with a minute of sparkling vibraphone. On stage, lightbulbs flickered in time, before a crush of reverb guitar enters. Throughout the show, trumpet interludes and tambourines added an upbeat element to Kinsella’s intricate, cyclical fingerpicking.

At times, his voice – a slight yelp as instrumental to the band as any other piece of equipment – was overpowered by the thumping drums and droning ambiance. And it wasn’t until the 45-minute mark that he finally addressed the room, admitting that the break was pre-scheduled by the band’s guitar tech, who writes out the set lists. Perhaps the frontman was chattier the night before when he played another NXNE show as his solo project, Owen, at the Monarch Tavern, a venue one-tenth the size.

The band capped off the night with Never Meant, which Kinsella said they would be singing karaoke-style. Not that he needed to encourage the audience to sing along. It was a wave of fuzzy clashing guitars, loud drums, a frenzy of shakers and reverb, and hundreds of people drowning out Kinsella.

It wasn’t a show full of surprises, and that’s okay. The emo pioneers played all the songs Toronto fans have waited years to hear, and that’s what they came for.

Opener Ellis was the perfect counterpoint. Fronted by Hamilton-based Linnea Siggelkow, Ellis’s woozy guitar rock got a gritty overhaul as layers of distortion accentuated her raw, honeyed voice. (The show was a honeymoon of sorts for the band – the day before, Siggelkow got married to Brandon Williams of Chastity.)

Seeing Siggelkow made me think of music critic Jessica Hopper’s classic essay Where The Girls Aren’t, about sexism in the emo genre. On seeing young women at emo shows, she writes, “I wonder if this does it for them, if seeing these bands, these dudes onstage, resonates and inspires them to want to pick up a guitar or drum sticks. Or if they just see this as something dudes do, since there are no girls.”

Siggelkow herself has talked about growing up in “dude-heavy scenes with a lot of agro-masculinity” and suffering from imposter syndrome. As she played to a nearly sold-out Opera House, I looked at the young women around me, beaming as they watched her deftly move across the stage, shredding on her guitar, singing about her feelings.

American Football might be emo forefathers, but I’m more excited about the new cohort.   SAMANTHA EDWARDS

More from the first weekend of NXNE 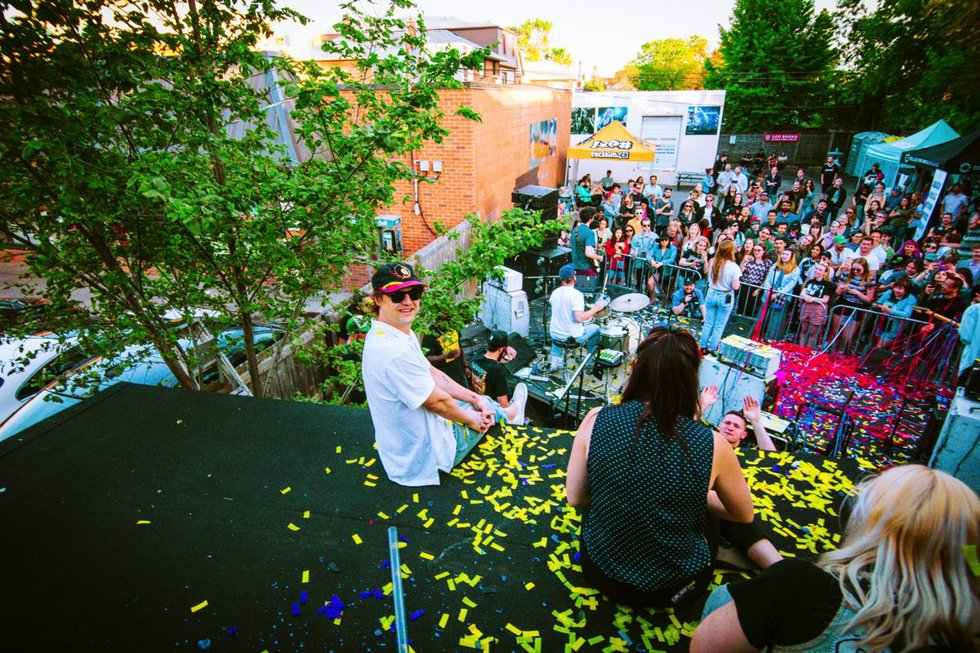 With tacos, tall cans of craft beer and at least one audience member holding a skateboard, there was an old-school NXNE feel to Royal Mountain’s sunny BBQ – like SXSW but less overwhelming.

Playing in the lot behind the Canadian label’s office in the Junction, Dizzy ended in the early evening, punctuating a day that included sets by Haviah Mighty, Dusted and a surprise appearance by Hollerado. As label VIPs (including hosts Raina Douris and Annie Murphy) watched on from the balcony above, the Ontario band played dreamy, emotional indie rock that felt like the right vibe for the sunny party. Echoey guitars glided over dramatic drum hits, and you could tell singer Katie Munshaw – and the crowd – were really feeling the music.

Toward the end of the set, Menno Versteeg – one of Royal Mountain’s label heads and singer for Hollerado – jumped from the balcony down onto the roof and loaded up his confetti cannon as everyone in the crowd pulled out their phones in anticipation. That part wasn’t so old-school, but it was a celebratory end to a show that raised money for the label’s mental health fund.  RICHARD TRAPUNSKI

HAVIAH MIGHTY and SYDANIE as part of RAPTORS UPRISING at the Hideout, Sunday, June 9. Rating: NNN

Haviah Mighty wasted no time getting into it at the Raptors Uprising curator series show. She began her set 20 minutes early at 11:40 pm, moments after rapper Sydanie finished performing 999, the title track from her 2018 EP.

Invigorated by Sydanie’s signature bubbly energy, the crowd was ready for more. The hunger in Haviah’s voice was palpable as she spat the opening bars of her single Waves.

Dressed in a white Raptors T-shirt and black Raptors shorts, Haviah made it her mission to continue rising the room’s spirits in anticipation of Monday’s game.

She weaved through the crowd to dance and rap alongside us, pausing only to bring out her sister, Omega Mighty, as the duo performed Wishy Washy. They launched into a choreographed routine that synched perfectly with the track’s melodious reggae and dancehall production.

Haviah has all the elements of an international superstar. Don’t be surprised if it happens soon.  CLAUDIA MCNEILLY