At Roy Thomson Hall, both the legend and relative newcomer refused to be confined to a genre, coming together on an exhilarating final jazz-funk jam 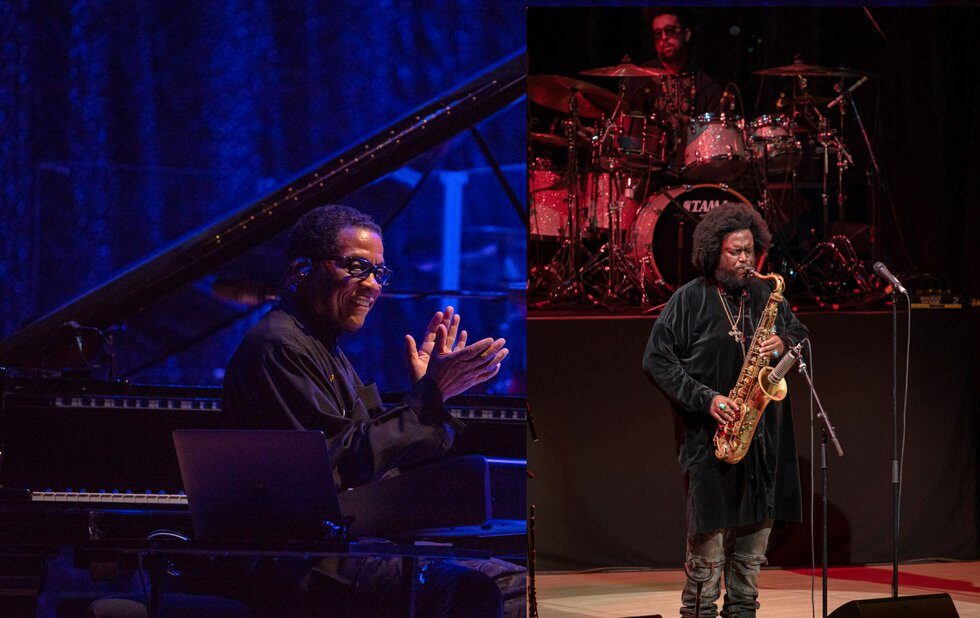 At age 79, Herbie Hancock is still finding ways to pass on his knowledge to the next generation of musicians. In recent years, he’s collaborated with a number of diverse artists including experimental electronic producer Flying Lotus, bassist/singer Thundercat and jazz/hip-hop fusionist Robert Glasper, all of whom share his reluctance to be confined to a single genre.

“I’m examining their approaches to music, and their use of social media and how they record. Then we begin to exchange ideas,” Hancock told the New York Times in a recent interview. “So it’s not just what I’ve done in the past, but the fact that I’m physically here now and accessible.” Fitttingly, the pioneering pianist and composer is on a co-headlining tour with Kamasi Washington, the Los Angeles tenor saxophonist and bandleader whose sprawling, audacious discography has made him widely regarded as one of contemporary jazz’s current torchbearers. 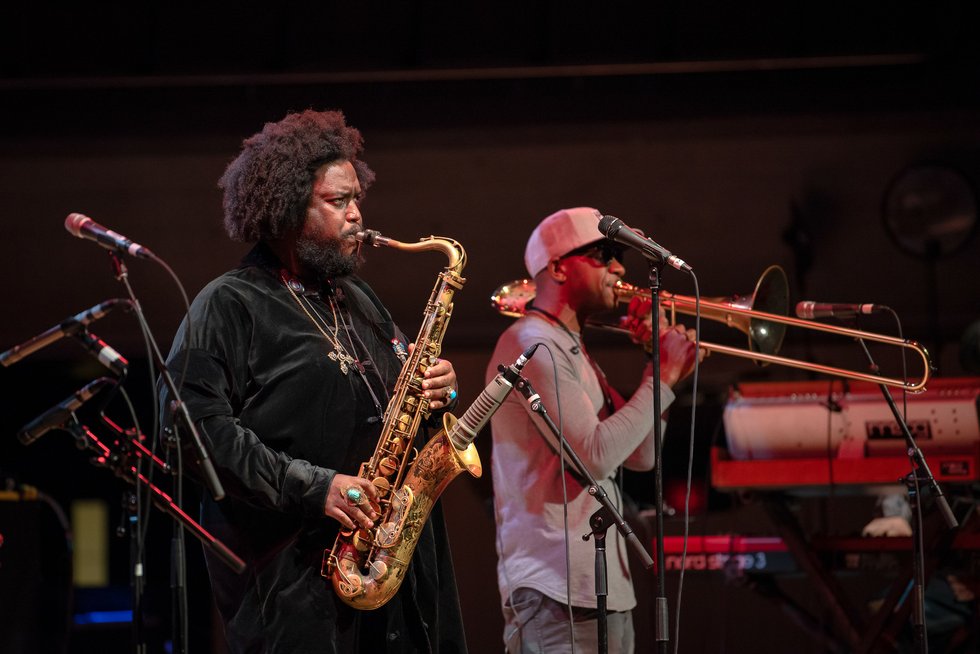 At Roy Thomson Hall on Tuesday night, they were both congenial and funny. They preached messages of acceptance and unity to the sold-out crowd, a mix of young and old fans. “Diversity amongst all people on this whole planet is not something to be tolerated. It’s something to be celebrated,” said Washington midway through his exhilarating, catalogue-spanning set.

He made time for the members of his seven-piece band to show off their individual talents. Besides his father Rickey Washington on flute (“The man who taught me everything I know”), he was backed by singer Patrice Quinn, trombonist Ryan Porter, standup bassist Miles Mosley, keyboardist BIGYUKI and drummers Tony Austin and Jeremiah Collier. When he wasn’t ripping through continuum-bending solos, Washington would watch his group in awe. He even ceded the spotlight at one point to Mosley so that the fleet-fingered musician could perform his 2017 track Abraham. Saving the best for last, they played the triumphant Heaven And Earth highlight Fists Of Fury, Quinn’s soulful voice and the shrieking horns ringing throughout the venue. 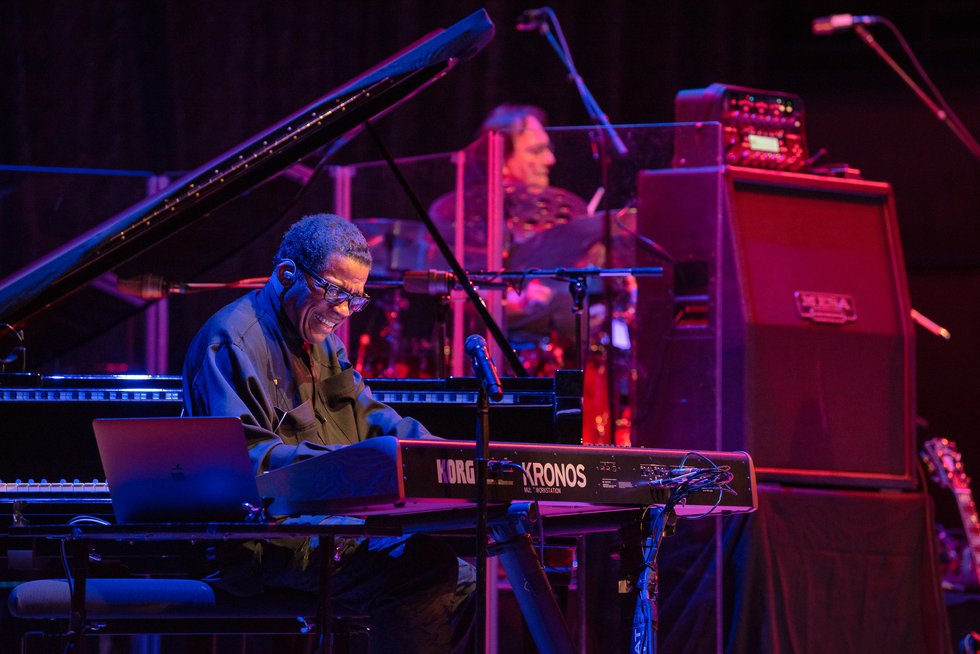 Before he even took a seat at his keyboard, Hancock held the audience in rapt attention. “You guys are as crazy as I am,” he joked, encouraging each section one by one to wave their arms. His quartet included renowned session drummer Vinnie Colaiuta, Saturday Night Live band bassist James Genus, East African singer and guitarist Lionel Loueke and multi-instrumentalist Terrace Martin, who were given effusive intros by Hancock after a celestial overture. The latter – who most notably produced Kendrick Lamar’s 2015 opus To Pimp A Butterfly (Hancock also said Martin would be producing his long-awaited next album) – was a particular highlight, effortlessly switching between saxophone, synthesizers and backup vocals.

While he didn’t stray far from his side-stage command centre, Hancock was animated and sharp, whether he was delivering vocoded vocals on Come Running To Me or a mini-sermon about the importance of preventing climate change. Classics like Actual Proof and 1964 Empyrean Isles centrepiece Cantaloupe Island sounded every bit as fresh as when they were first recorded decades ago, with Hancock allowing plenty of room for improvisation.

Despite the 90-minute set proving to be too long for some of the older audience members, those who stuck around until the end were treated to a thrilling rendition of 1973 jazz-funk classic Chameleon, with Washington joining and jamming alongside his keytar-shredding elder. It was impossible to tell who was having more fun – they were both grinning ear-to-ear long after the standing ovation ended.