Reunions are usually disappointing, but this one bucks the trend 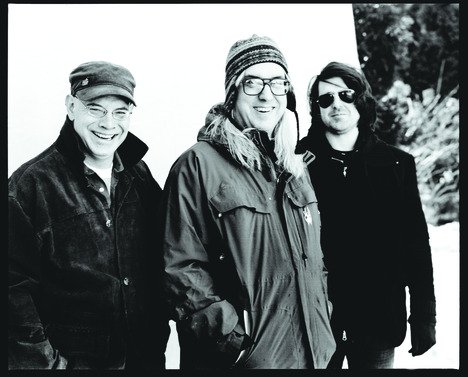 During a show in 1989, J Mascis walked over to Lou Barlow and violently kicked him in the leg, bringing the original lineup of Dinosaur Jr. to a bitter, bruising end.

Or so the legend goes.

Whatever the exact impetus, then-bassist Barlow was fired that year, while drummer Emmett “Murph” Murphy stuck around for a few more before jumping ship in 1993 during the band’s major-label tenure.

Mascis’s former bandmates went on to portray the guitarist, singer/songwriter and overall leader of the moody noise-rock band as uncommunicative, controlling and hurtful. Their reunion five years ago, then, was nothing short of a stunning turn of events.

But what perhaps shocked Dinosaur Jr. fans and critics even more was how astoundingly inspired 2007’s Beyond – their first album together since 88’s Bug – turned out to be. And it wasn’t a fluke. This year’s Farm (Jagjaguwar) is as good, if not better than, its predecessor, leaving us scratching our heads in confusion. Reunions rarely work, yet this one finds the band firing creatively on all cylinders.

“I’m as cynical as anyone else when it comes to music,” says Mascis with the kind of molasses-like response for which he’s notorious. “I assume [a reunion] will suck. I hope that it doesn’t suck, but I assume it will.”

Reached at his home in Amherst, Massachusetts, he gives a pulling-teeth-style interview. When asked if he and former foe Barlow have any kind of relationship outside of touring and rehearsal, he says, “Not really,” citing geographic distance (Barlow resides in L.A.) as the main obstacle.

With albums as strong as Farm, whether or not they’re high-fiving best friends seems inconsequential. Mascis’s poignant voice and screeching wall of guitar are as powerful on the new record as on 1991’s Green Mind or 1987’s You’re Living All Over Me – Mascis’s favourite Dino album. And Barlow’s contributions are reminiscent of his best work in post-Jr. band Sebadoh.

Of course, there are also plenty of blazing guitar solos, something at which Mascis is unmatched amongst his peers in the worlds of alt, indie rock and punk. This is partly because most guitarists in said genres dismiss solos as embarrassing displays of earnestness. Not Mascis. He appreciates the emotional thrill a great solo can provide, especially when delivered at ear-piercing levels.

“I was much more interested in leads for some reason,” says Mascis, who never shies away from the volume knob. “[When I started playing] I liked the feeling of the speakers moving the air. Pretty early on, I realized I wanted it loud so I could feel it more.”

For all his natural guitar talent, he started out as a drummer. He still puts in time behind the skins with the stoner-metal side band Witch he formed around the time he and Barlow began burying the hatchet. When Dino first formed back in 1984, Mascis reluctantly moved from kit to guitar.

“I started playing guitar when we started the band. I was pretty bad at first. I was a good drummer, and people wanted me to play drums.

“But I was committed to the idea of making music in a band, and I didn’t like the sound of the guitar players I knew. So I decided to try it.

“I didn’t set out to be a great guitarist or anything, just to make good music.”

J Mascis is well known to play his guitar loud at Dinosaur Jr. concerts. Here he discusses whether it’s possible that sometimes he plays too loud.