NOW MagazineMusicEl Mocambo to reopen this spring before CMW

El Mocambo to reopen this spring before CMW

Information that's been spreading online is mostly inaccurate, but owner Michael Wekerle says the historic venue will open "when the snow melts and the sun starts to shower" 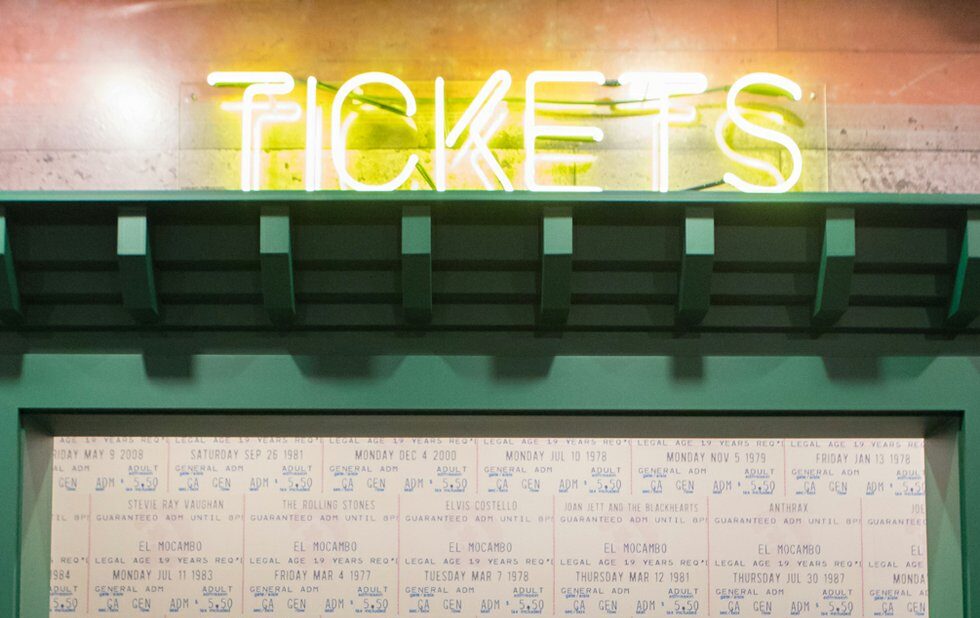 Once again, the rumours of the El Mocambo’s rebirth have been greatly exaggerated.

Last week, Canadian country musician Corb Lund announced a May 22 date at the historic venue, and a few newspapers and blogs pronounced it the first official show at the soon-to-reopen El Mocambo.

That show is now being listed at the Great Hall instead. The El Mocambo has been in talks with Canadian Music Week (CMW), though, general manager Andy Curran confirms. Lund was one of the names floated during the discussions for the festival, which runs from May 19 to 23.

It’s not surprising that people would be spreading premature news about the venue – that’s been happening pretty much since banker and TV personality Michael Wekerle bought the venue at Spadina and College in 2014. The El Mo’s been under renovations since then, with Wekerle stringing us along with a sign relighting and public clamouring for the Rolling Stones. Meanwhile, other historic rock venues along College – namely the Silver Dollar and the Matador – have closed.

But don’t give up on the El Mo just yet: the venue is almost ready to open.

“We expect to open soon, but I’ve said it eight times in a row and I’ve been wrong, so I think I best not be saying anything too definite right now,” says Wekerle. “But very soon.”

“When the snow melts and the sun starts to shower.”

More specifically, the El Mo team is hoping doors will open by end of March, but they won’t say so definitively. 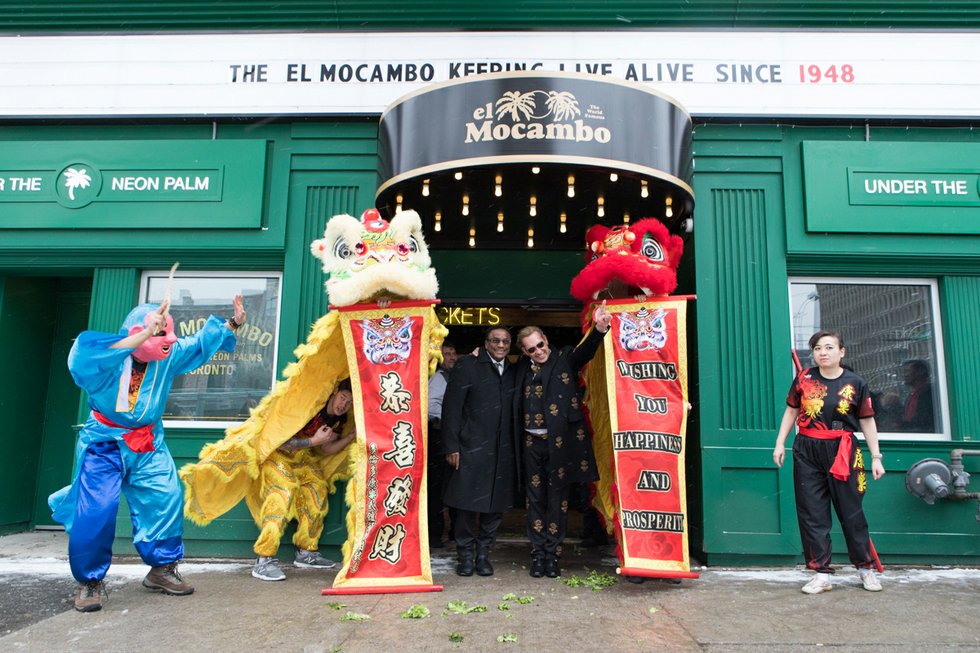 It’s encouraging that NOW’s interview with Wekerle happened in the venue’s lobby. He didn’t take us further, but at least we made a few steps inside the doors. That’s more than we could say after attending the sign relighting ceremony in 2018, which happened in a heated tent behind the building.

This time, the occasion was a traditional lion dance in honour of Chinese New Year on February 6, which Wekerle attended alongside Chinatown BIA members, city councillors Mark Grimes and night mayor Michael Thompson. It was a photo op, but also very real celebration for members of the Chinatown community where the venue is situated. One of the silver linings of the long wait to open, says Wekerle, is that the venue has been able to get to know the neighbourhood.

The lion dance symbolizes strength and courage, and is meant to bring good fortune, prosperity, endurance and power. “Hopefully it blesses us so there won’t be any more problems or anything that could be a negative influence on the property,” says Wekerle.

What problems? Wekerle says he’s been through it all – from plumbing and permits to electrical, capacity and health and safety. But after six years and over $20 million, he’s confident he’s ticked all his boxes. “I can’t see a safer place,” says Wekerle. “One hundred per cent concrete and steel.”

Now everything is in place and staff is in the testing stage, putting finishing touches on the two rooms and throwing friends-and-family shows to make sure everything is working properly without having to use a major artist as a guinea pig. Recently, Wekerle threw a 50th birthday party for a friend at the El Mo with a funk cover band taking the stage.

Wekerle says the history of the venue will be embedded in the decor and details, something that is apparent in the lobby. The ticket window is adorned with blown-up tickets of acts who’ve played there, from Blondie to the Tragically Hip to U2. The old El Mo sign is integrated into the lobby wall. And the 400-450 capacity downstairs stage is called the Starlight Room – the name it had in the 70s. The upstairs stage is 600-700 capacity, and the whole venue is wired for high-quality live streaming (partnered with a company called CYA), which will allow viewers to watch shows from anywhere inside the venue or anywhere in the world. The hope is to get major artists playing on their intimate stages while broadcasting to a wider audience.

Wekerle promises “a world-class stage, a world-class recording facility, a world-class second stage that includes a balcony, and a sound system that’s second to none in North America.” That tech is one of the last things being tested, and they don’t want to open the doors until they’re comfortable it’s functioning at its highest capacity, he says.

The El Mo is also opening a record store/retail location at the adjoining property at 460 Spadina that will become a “lifestyle destination” with vinyl, turntables and headphones, as well as guitars, special pop-up artist merch, space for local photographers and more. Wekerle says he’s been in discussions to partner with Sunrise Records.

Curran confirms the El Mo will definitely host CMW shows, though he hopes to open before that. The booking strategy hasn’t changed since the last time we talked: the El Mo will be an open and available room to outside bookers with a genre-agnostic mix of up-and-coming bands, legacy acts and superstars. They’ve been doing walkthroughs with local record labels and promoters, and Curran says there’s major interest to book concerts.

When I ask Curran who they’ve been talking to, he says “there’s part of me that wants to tell you so bad.” He won’t drop any names but says he’s “dangerously close to announcing.”

The artists he’s talked to are all over the map: EDM, K-pop, alternative rock, reggae, hip-hop, country (“there’s not a great selection of venues in town that can showcase country”), even comedy, magic and theatre.

“We’re as anxious as anyone to get the doors open,” says Curran. “We’re chomping at the bit to get some music in here that will really mean something.”

“We can’t wait to return the El Mocambo back to the city.”