In memoriam: David Berman of Silver Jews and Purple Mountains we loved him to the max

Brilliantly sardonic, darkly funny and endlessly quotable – he was the indie rock poet of the people 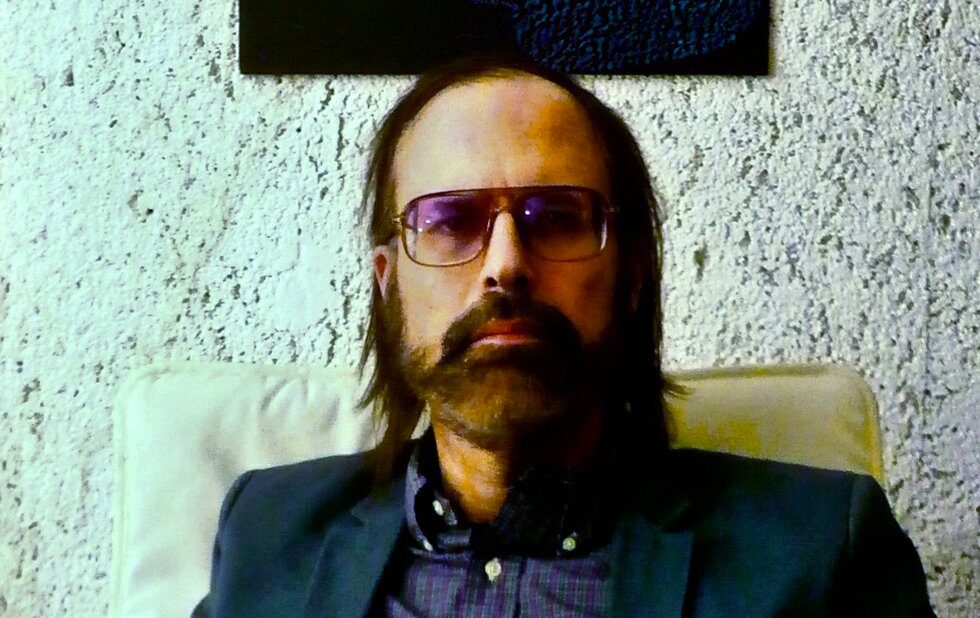 David Berman was a friend to many, even if we never met him in person. That’s clear from the outpouring of adoration shown by fans, critics and fellow musicians arriving in the wake of his devastating death, announced by Berman’s lifelong label Drag City. It’s even clearer from the text messages, DMs and phone calls I received after people heard the shocking news and wanted to reach out because they knew I was a fan. Just weeks after the release of his brilliant comeback album as Purple Mountains (which I reviewed here) and days before he was set to embark on a tour that would have brought him to Toronto’s Lee’s Palace on August 27, Berman’s passing hits like the sudden loss of a family member.

At age 52, Berman returned to music this year after 10 years in seclusion following the dissolution of his beloved former band, Silver Jews. He had his reasons. In 2009, following the release of their farewell album, Lookout Mountain, Lookout Sea, he dropped a bombshell. His father was Richard Berman, a notorious lobbyist known as “Dr. Evil” for his ruthless efforts to shut down humanitarian and animal-rights organizations. In a post on the Drag City message board, Berman announced the band’s breakup in signature sarcastic fashion: “I guess I am moving over to another category. Screenwriting or Muckraking.” A few lines down, he cracked a joke about R.E.M. “I always said we would stop before we got bad. If I continue to record I might accidentally write the answer song to Shiny Happy People.”

I secretly hoped he would write that song, a screenplay, or maybe another collection of poetry like his brilliant 1999 book, Actual Air. The world could have used more of his quivering baritone, his unvarnished meditations on how to navigate life in all of its beautiful complexities.

It was unclear what Berman actually spent his time on for the past decade until he started doing interviews again earlier this year. In a powerful profile for The Ringer, author John Lingan shared a few sparse details. “He read, mostly Judaic studies and political philosophy. He lived online, on Reddit, obsessed with the fuming hatred directed at Barack Obama.” Then Berman tweeted a photo of DCBS, a shop he had opened to sell comic books, games and coffee driven out of business by a nearby competitor serving alcohol. It revealed a whole new level of pathos behind Purple Mountains’ song Margaritas At The Mall.

I wasn’t old or cool enough to hear the Silver Jews in their mid-90s heyday, when Berman’s collaborations with Pavement frontman Stephen Malkmus while working as security guards turned the pair of lanky weirdos into cult heroes. This period culminated in Berman’s third album masterpiece, American Water, a wry and stunning collection of songs beginning with one of his most unforgettable couplets: “In 1984 I was hospitalized for approaching perfection / Slowly screwing my way across Europe, they had to make a correction.” Though I wouldn’t hear the album until years after its release, it became the soundtrack of my 20s as a budding music journalist and record store clerk, burrowing backwards through his rich discography.

Tragically, the reality of this time for Berman was dark. After struggling with an addiction to hard drugs, he attempted suicide with a lethal cocktail of crack cocaine and pills. Surviving this pulled him out of the blackness, inspiring him to finally perform live at age 38 and rediscover his faith, as documented in the film Silver Jew, following the band’s trip to Israel. Yet his marriage to longtime partner Cassie Berman, a luminous presence on Silver Jews albums since 2001’s Bright Flight, had been falling apart behind the scenes. During the band’s long hiatus, they separated, and Berman moved into a room above the offices of his record label.

Purple Mountains’ self-titled debut crystalizes all of these experiences and more. Set against a lush backdrop of mellotron-laced country-rock provided by the band Woods, he wrote about the death of his mom (I Loved Being My Mother’s Son), his relationship (She’s Making Friends, I’m Turning Stranger), and possibly himself (Nights That Won’t Happen). He was sharp and self-aware, hilarious and heartbreaking, delivering lyrics that ranked alongside anything in his discography.

On the sprightly standout Storyline Fever, Berman sang that he wanted to fulfill fans’ expectations: “When you’re seller and commodity/you’ve got to sell yourself immodestly/turn your pedestal into a carving board/if that’s what the audience is starving for.” Of course, he was craving that same connection, as shared in a passage from the Ringer interview about his plans on the road for August 2019. “This tour, he’s committed to staying to talk to anyone who wants to, Willie Nelson style. ‘It’s distressing to do this, but if I’m to grow, I have to do things that I didn’t do a long time ago,’ he said. ‘I’m tired. I need to take a few risks. I can’t keep living like this.'”

That last line now cuts like a dull knife. Berman may have not realized that he had already connected with fans, for decades, like few other musicians. His songs will remain timeless because they were written with “cowboy chords,” the basic guitar string positions that players of any skill level can master. But it was his words that truly resonated with listeners from multiple generations. Never hiding his own sadness but channeling it into brilliantly sardonic, darkly funny, endlessly quotable lyrics was the true gift David Berman gave us all. He was the indie rock poet of the people. And we loved him to the max.