Toronto’s most vital DJs come together for one huge party

The city’s underground electronic scene is siloed by genre, but Red Bull Music Festival's Encounters party brings many of them together at the Symes. ISO Radio will live-stream it. 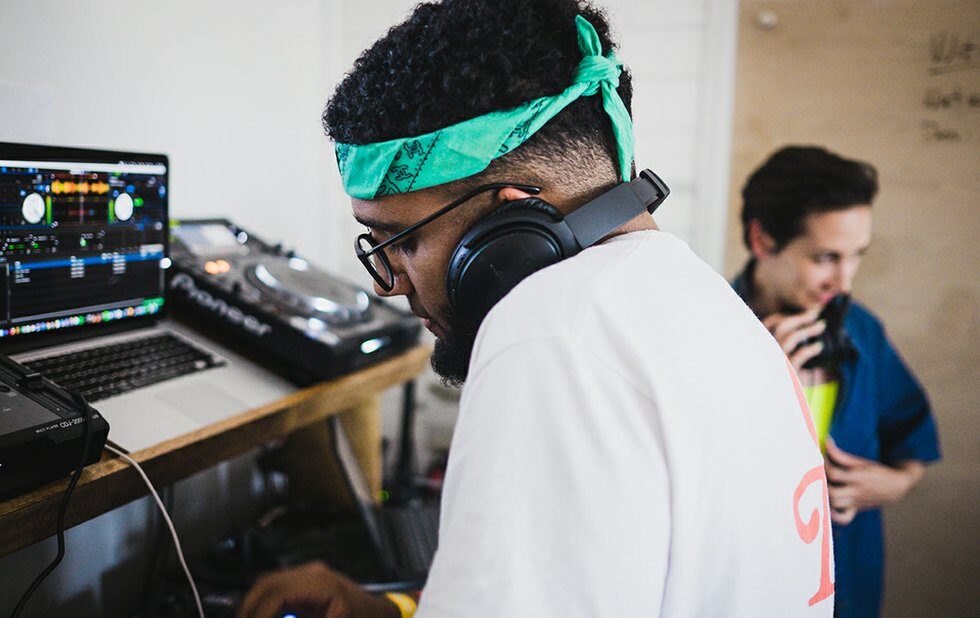 Daigoro doing a DJ set on ISO Radio during NXNE. The local community radio station will live-stream Encounters this weekend.|As much as we are a world-class city with world-class musicians and artists who are really doing interesting things

Daigoro doing a DJ set on ISO Radio during NXNE. The local community radio station will live-stream Encounters this weekend.

From the outside, Toronto’s electronic scene is as strong and resilient as it’s ever been. DJs and collectives are leading the conversation on issues like gentrification, safety and the cultural importance of nightlife. Despite a carousel of closing venues, they’re putting on parties just about every weekend, showcasing the diverse talent pushing the culture both in the city and outside of it.

From the inside, though, there isn’t one electronic scene. There are many scenes, often siloed by sound and space. You can be a fan of techno and never go to a house show, or spend every weekend dancing at hip-hop or ballroom parties without knowing what’s up at the warehouse party down the street.

That’s what makes Red Bull Music Festival’s Encounters party such a rare and unique event. They’re taking many of those siloed local scene leaders and putting them all under the same roof at the Symes – an all-night two-room 4-am-last-last-call rave that will dancehall, hip-hop, hard techno, classic house and a lot more.

There are DJs like Bambii who strive for diversity on the dance floor, Ciel who aims for safer spaces and inclusive lineups. Kehdo, Ceremonies and efemmera rep the underground dance community On Earth while Karim Olen Ash has his foot in many of the city’s best queer parties. There are also Toronto genre-splicers like Korea Town Acid and Raf Reza, hard-driving EBM from Joel Eel and City Dance Corporation and DJs from out of town like experimental dancehall crew Equiknoxx from Jamaica, British DJ Madam X and Russian techno artist Machine Woman.

For Josephine Cruz, aka in-demand DJ Jayemkayem, that bridging of scenes is what the city needs. ISO Radio, the online community radio project she started with her Bare Selection label partner Freeza Chin, is co-presenting the Encounters party and will be live-streaming it over the digital airwaves at isoradio.to. For her, the goal of the party and the station – which features hosts like rapper Cadence Weapon and folks from music and art collectives like Bedroomer, Kuruza and Raven’s Vision – overlap.

“It sounds kind of utopian and maybe a little bit naive, but that was one of the big dreams of ISO, to create a common umbrella that all music and culture in Toronto could stand under,” she says. “A common goal that we could all work toward.”

Cruz sees the size of the city as both a strength and, when it comes to unity, a weakness.

“The city that has a bunch of smaller music venues that seem to favour one type of music,” she says. “I actually find that smaller cities have more intermingled music scenes because they have fewer venues, so the ones they do have have to serve many different communities or have a broader appeal.”

Cruz, whose label is heavily inspired by UK garage and grime, often looks to the UK for inspiration. There, she sees different artists forging cross-genre connections because there are more hubs: festivals where many types of fans and artists can come together in one place, a strong club scene and a thriving radio culture built around DJs and producers playing live.

ISO is an online community with a late-90s-style chat room interface built in, but it’s also a physical space where members of the scene are encouraged to drop by and hang out during the five-days-a-week live broadcasts. In addition to that Summerhill studio above Boxcar Social, they also throw one-off parties and do site-specific live streams during events like NXNE and Nuit Blanche.

“It gives us a physical space to congregate in that’s not necessarily an event, party or concert,” says Cruz. “It also allows DJs to learn skills like planning/programming/producing a show, communication skills when it comes to coordinating guests, and gives them access to club-standard DJ gear that they might not be able to use otherwise. And at the most base of levels, it’s a platform for creative expression.” 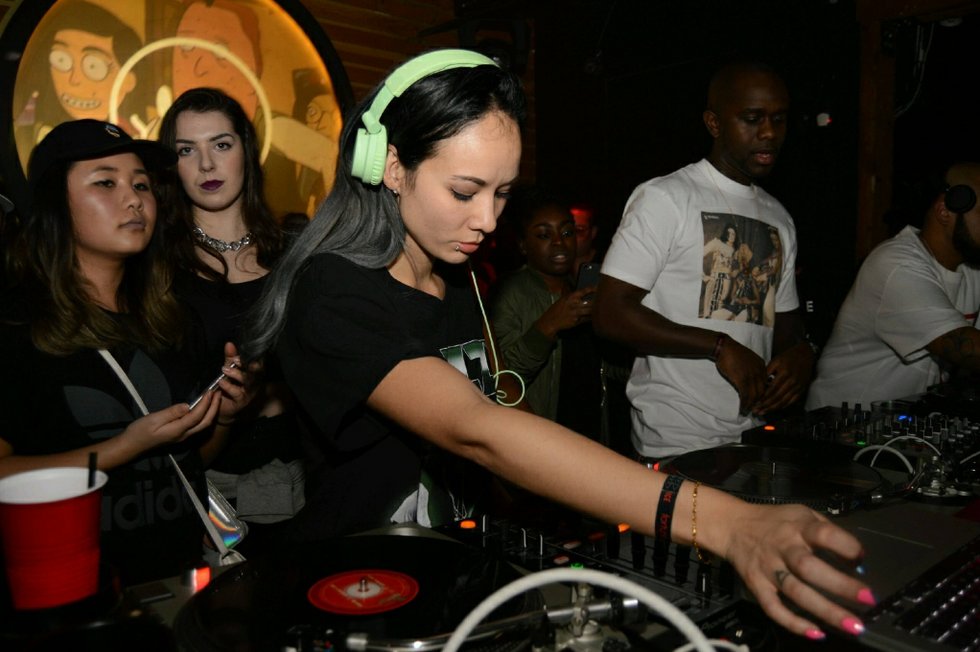 In that way, though it’s smaller-scale and scrappier, ISO is spiritually linked to creative incubators like the Remix Project, Artscape Daniels Launchpad and the Weeknd’s recently launched Hxouse. It also shares a mindset with Intersessions, the DJ workshop series aimed at fixing the gender imbalance, and whose founder, former NOW cover star Chippy Nonstop, is also playing Encounters.

Those kinds of free grassroots spaces are increasingly necessary at a time when many creative spaces are primarily capital-driven – or if they aren’t, they’re precarious precisely because they aren’t. They could easily be displaced by rent dramatically increased overnight or by a building being sold to a condo project.

“It’s frustrating because music, art and culture are some of the things that make Toronto what it is, and are what attract people to live here. I myself came here for that exact reason. But now artists are being pushed out because a music venue will never create the same revenue that a condo complex does.”

Even if DIY culture doesn’t have the same barrier to entry as bigger ventures, it requires more than just passion. You need a ton of labour – both creative and physical – because lack of funds and institutional support means extra work for people who usually aren’t getting paid for it.

One solution is for people from different corners of the scene to come together and pool their skills and resources. It’s not always easy for people accustomed to doing it themselves to do things together, though. People pushing culture are passionate and driven by necessity, so they tend to be strong personalities. Put enough of them in one room (or on one Twitter thread) and they can boil over. But when they can make it work, there can be big cultural payoffs.

So at best, Enounters will be a productive dance floor meeting of many of the city’s most vital voices. And at worst, you get a huge one-off party.