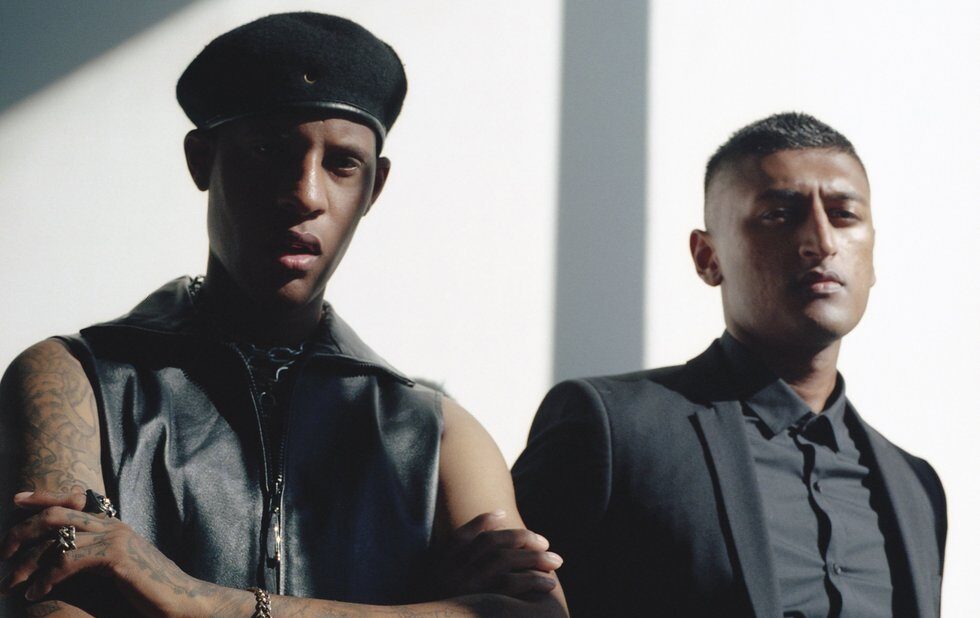 If you weren’t already watching charismatic local rapper Just John, his collaboration with producer Dom Dias has turned his energy level up to 11 and made them both impossible to look away from. Known for building their own scene underground, they’ve gone profesh with this new four-song EP – their first for Warner Music. It’s got a new version of their go-hard anthem Soundboi and three more songs that go almost as hard. It’s part of a wave of hip-hop artists infusing punk energy into their sounds (don’t miss 999, the new tape from Sydanie, either). “I don’t share location, I’m where the bag at,” John raps on Bag. Based on this first glimpse of their major label career, it’s probably coming to them.

There was a lot of local talk about UK hip-hop and electronic music when Drake started collaborating with Skepta and tattooed “Boy Better Know” on his arm, but as with many things in Toronto, there’s more going on underneath Drizzy’s looming shadow. Tre Mission has been waving the grime flag for years now, mostly as an MC, but this is his first instrumental EP as a producer.

The three-song release is full of the skittering beats, staccato bass squelches and melodic bubbles that propel underground parties in London, and it’s the first release on the new Toronto label Bare Selection. Started by Freeza Chin and JAYEMKAYEM – two of the busiest DJs in the city right now – the label bridges the gap between Toronto’s electronic scene and instrumental electronic music coming out of the UK: garage, grime, dancehall, experimental rap and more. It’s worth keeping an eye on whatever they do next.

A Brampton rapper with an album that sounds rooted firmly in the current Toronto sound (the mixing and mastering was done by OVO intern 5Piece), EverythingOShauN has followed last year’s throw-it-all-at-the-wall Almost Everything with Everything Over Everything Else. The trappy production is a bit tighter and the sing-songy hooks a bit catchier, like he’s trying to make every song a single. Look for features by Clairmont The Second and Staasia Daniels and what could be the first hip-hop song built around a Kyle Lowry flex.

Falana used to be based in Toronto and started making a little noise locally a few years ago. She’s since moved to Lagos, Nigeria, and remade her sound and style. Ride Or Die is the first taste of her upcoming EP, Chapter One, out in early 2019, and it’s a mix of R&B, soul and Afrobeats, adding up to a global pop aesthetic that continues to sweep the mainstream. Ride Or Die shows off her fully formed visual aesthetic, and also her vulnerability: “[It’s] a song about a desire for intimacy, and sometimes our fear or inability to welcome it into our lives,” she says.

And now for something totally different: the new five-song EP from WLMRT, one of the city’s most energetic, funny and just plain fun punk bands. The ones to watch have as good a knack for writing pithy and caustic mini-blasts as describing them on their Bandcamp page. It’s a “blast of passive-aggressive power-violence.” “Think about the rotting corpse of no-wave, all dolled-up in neon, going pool-hopping in an ice storm.” “A quarter-life crisis has never sounded so angst-inducing.”

Check out our full #NOWplaying mix of new Toronto music below (including a new Damian Abraham-featuring Superchunk song, new Adria Kain, Absolutely Free and more) and follow the playlist here for a new one every Friday: