The Toronto group's ringleader, Tim McCready, on the dos and don'ts of live-band karaoke 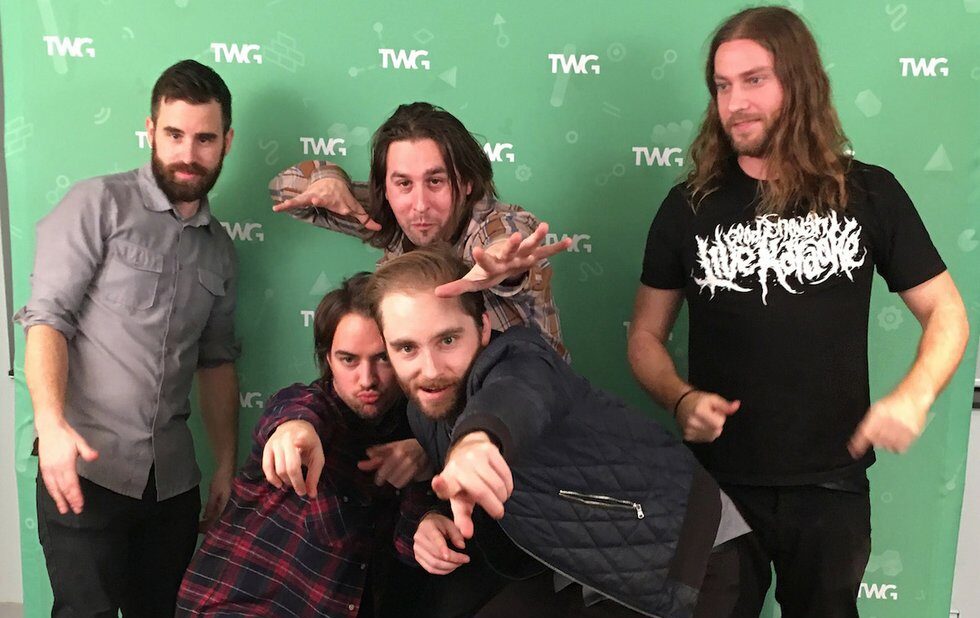 It’s a secret long-held dream of many – to play in a band. Specifically, to front a band and let loose on a microphone.

Good Enough’s 10 Toronto members have hundreds of songs at the ready for anybody who signs up to sing at one of their gigs. So far, about 3,500 people have taken them up on that, and the band averages 10 shows a month.

Ahead of Good Enough’s two shows this week, we chatted with ringleader Tim McCready, who also runs the 159 Manning parties, about karaoke singers wanting more than canned tunes.

Yonge-Dundas Square during NXNE. We were scheduled to play from noon to 5 pm but got shut down after three hours because the overzealous stage manager had a chip on his shoulder and was jealous of how awesome we are. So we went back to 159 Manning and played in the backyard for another five hours. We can’t be stopped! Another was Rockeoke On The Beach, down in Erieau, near Chatham. A guy organized a huge pop-up event on the beach with a giant stage on Labour Day weekend and over 2,000 people attended. Then he hosted an after-party at his house, which is a sprawling estate on Lake Erie with tennis courts, a saltwater pool, stone pizza oven, bonfire. A lot of our corporate events have been great, too. You’d be surprised how wild actuaries can get at their annual national conference!

Unless you can rap, don’t pick Eminem, 50 Cent, Today Was A Good Day by Ice Cube or Hotline Bling, because you will suck and it won’t even be funny. Any other genre we play, if you’re bombing we will help you out, do some backup vocals, give you cues, and everyone in the audience will cheer you on no matter what. It’ll be good enough, because we’re all in this to­gether to have a good time. For hip-hop, either slay it or don’t bother. Also, timing is important. You can sing a bit off-key, but if your energy and rhythm are good, you’ll be fine. If you can dance, you’ll be fine. If you can’t clap in time, you’re doomed.

Drinking and karaoke often go hand in hand. Does a singer’s drunkenness ever get in the way?

Yes, singing onstage with a band you haven’t rehearsed with in front of an audience does lend itself to drinking. It might even be required? We like people being loosened up a little, but we get bummed out when they get too drunk and step on our guitar pedals or knock into our equipment. There’s definitely a line that can get crossed, and when the crowd gets too sloppy it’s not too long before we need to shut it down. That doesn’t happen too often though.

When people come to see a karaoke band, they leave their judgment at the door and are there to have fun and support the singer onstage. Also, people will hire us to do anything: weddings, 40th birthday parties, ­corporate events, summer camps for adults. Playing in a band with original music, it’s standard to perform 20 ­minutes to an hour tops, and even then a lot of listeners get bored after 30 minutes. We’re only getting warmed up after 30 minutes! We get to play for three to five hours a night, and because it’s a rotating cast of singers and we don’t know what song is coming next, the crowd stays engaged a lot longer. It’s great for honing your chops as a player. The money’s much better than playing in an original band. We’re splitting between four or five players instead of four or five bands.

What do you think is behind people’s desire to sing with a live band?

The singer gets to be in a band for five minutes, without all the bullshit you have to deal with when you’re actually in a band.