NOW MagazineMusicFeaturesGrimes gets the classical treatment

Grimes gets the classical treatment 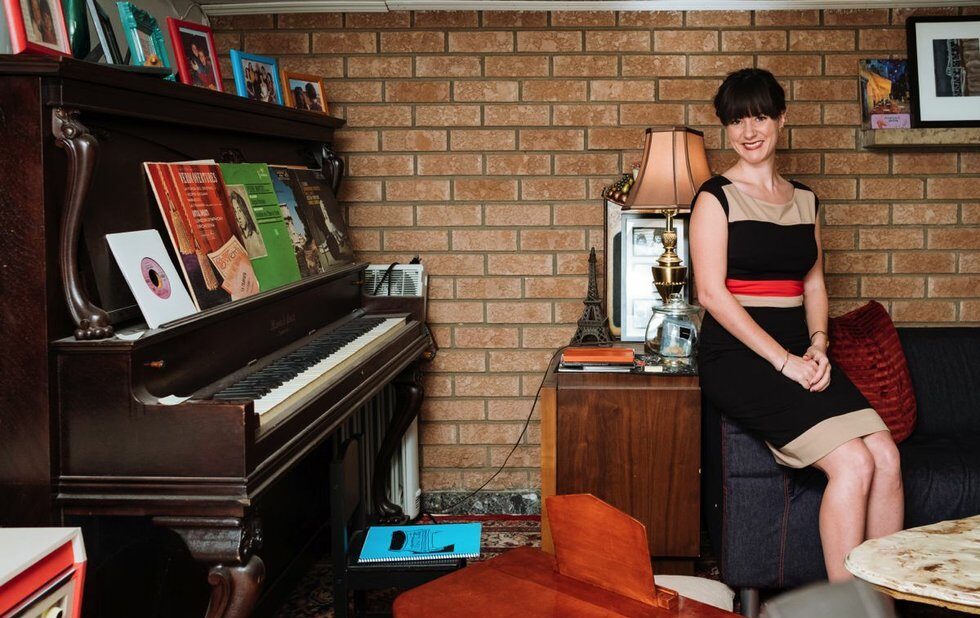 Grimes’s 2012 album Visions is getting the classical treatment from Montreal-based ensemble Plumes.

It’s fitting that Pearce should find herself tackling a composition based on the music of Grimes, a left-field pop star who’s been outspoken about the lack of recognition for female producers and technical talents. The issue of gender equity in classical music is one Pearce has continually pushed, as former general manager of the Canadian League of Composers and now as executive director at the Music Gallery.

A native of PEI, she initially studied piano but switched to composing after taking a course on it at Mount Allison University. Although there’s no shortage of top-tier Canadian composers who happen to be women – Juliet Palmer, Linda Catlin Smith, Barbara Monk Feldman and Ana Sokolovic, to name a few – men dominate composition programs at Canadian post-secondary schools and the programming slots that come with the biggest budgets and media attention.

Ahead of Plumes’ Many Visions, NOW spoke with Pearce about translating Grimes for an acoustic ensemble, and gender equity in the city’s classical scene.

What was it like re-arranging Grimes in a classical context?

The song I ended up using was Nightmusic and I must’ve listened to it 100 times before writing my piece. It’s a very electronic, synthy and reverby track. Plumes is primarily acoustic so the idea of translating that sound world for a chamber ensemble using unamplified instruments was really challenging but also interesting. Plumes have a harpist and I had written for harp before. Since they don’t have a percussionist, I ended up using the harp as the beat-making part, so the harpist plays the body of the instrument to get the percussion aspect of it.

I tried to keep the vocals very similar to what is in Grimes’s track. I had to work pretty hard to transcribe them because she’s all over the place. There’s so much ornamentation and singing right before the beat. To get that notated was tricky but fun.

What is it about Visions that lends itself to this sort of reimagining?

It’s really rich musically. The melodic aspects of the tracks are amazing. Veronica, Plumes singer, has this incredible voice but is very different from Grimes. It’s going to be quite different from the album, which I think will be really exciting.

Last year, Grimes tweeted about how the Junos were neglecting to recognize women doing technical work in music. There has been a lot of attention lately on how the classical world is slow to recognize women composers. What’s your take?

What action would you like to see grow from these conversations?

I’d love to see is more women teaching at universities because there’s only two or three women faculty in composition programs across the country, which is way out of balance in terms of representation. When juries or award committees are equal, that makes a huge difference. It’s a trickle-down effect. When the conversation is more diverse, it produces more diverse results.

Another struggle for a lot of women composers is they might be able to get programmed, but the opportunities are on a smaller stage or a smaller scale. Orchestral performances are extremely hard to get for a female composer. It’s tough to even get to that point where you would be asked.

Is that because it’s a financial risk for an orchestra to work with a new composer?

Why do you think the gender gap is so pronounced in the area of authorship?

Certainly on the performance side they struggle as well – particularly conductors. It’s not so much tied to the field, but it has to do with a position where you’re seen as having some kind of power or leadership.

Another important position in this sector would be artistic direction. There’s a lot of “do it yourself” spirit in Toronto, and lots of groups that make sure their programming is equitable and interesting. But I think it works best when it comes from both directions.

What drew you to composition?

When I started composing, it was really magical. A few months into my composing course at Mount Allison, I wrote a piece for piano and oboe and it was the first time anyone had played something I’d written. I had never experienced that feeling before.

Some pieces have gone to places I’ve never even been to. I had a toy piano piece played in Singapore, Australia and the UK. I know it seems silly but it’s pretty wild to think something you wrote in your basement or a café can travel unsupervised. It just goes out into the world, which is one thing I like about the classical side. You’re like, “Just take care of it, okay? It’s its first time travelling alone.”

Pearce has put together a playlist of music by female Canadian composers:

Nancy Tam – Artisan of the Machine

Performed by the Vancouver Symphony Orchestra