It’s Nanaimo, BC, in the late 90s. Looking impossibly cool behind the pulpit of the Blackball Records cash register, Andrew hands me a cassette. The J-card is just a cheap black-and-white photocopy, like an 80s hardcore punk demo. He declares it comes from “the real underground” and bestows upon it (with his clear disdain for everything that’s not on this cassette) an impossible aloof and authoritative coolness.

Listening to the music on the store’s overhead, I am confused. To my uninitiated ears, it’s clearly music for and by weirdos – shambolic in the extreme, just pointless noise. Why would someone make this? And why would someone else release it? And why on a dead format like cassette, of all things?

But someone did, and that is how I heard the Tower Recordings, a band whose music I never would have encountered if not for the micro-label that put it into Andrew’s hands and then temporarily into mine (I didn’t want it and Andrew wouldn’t have sold it to me anyway). Without that tape I never would’ve found myself deeply submerged in the improv-psych scene 10 years later, proudly putting out music for and by weirdos on my own label.

I founded the CD-r micro-label Arachnidiscs Recordings in late 1999 – and now, after 20 years, I’m shutting it down.

Why? There are a few personal reasons, but there’s one abiding philosophical one: the vital role once held by micro-labels has all but vanished.

I initially founded Arachnidiscs as a means of releasing the debut recording by my own BABEL project. The album was sold exclusively from the Blackball Records store, mainly to my weirdo friends, but also – we were all shocked – to a stranger who ran a yoga class that needed some background drones. Soon friends and associates of Blackball were given releases on Arachnidiscs and the label made the leap from vanity press to independent label. Even though the reach of the label was limited to a small percentage of patrons of a small record store in a small Vancouver Island city, the artists reached an audience they otherwise had no access to.

Now, at the end of its 20th year, Arachnidiscs will release its 200th title – its last.

On October 31, we’ll say goodbye with a double album called Thirteen Exquisite Corpses, featuring BABEL and many label alumni including Andrew MacGregor, Eiyn Sof, Kayla Milmine and more. It’s a series of “exquisite corpse”-style improvisations, each building off the last. 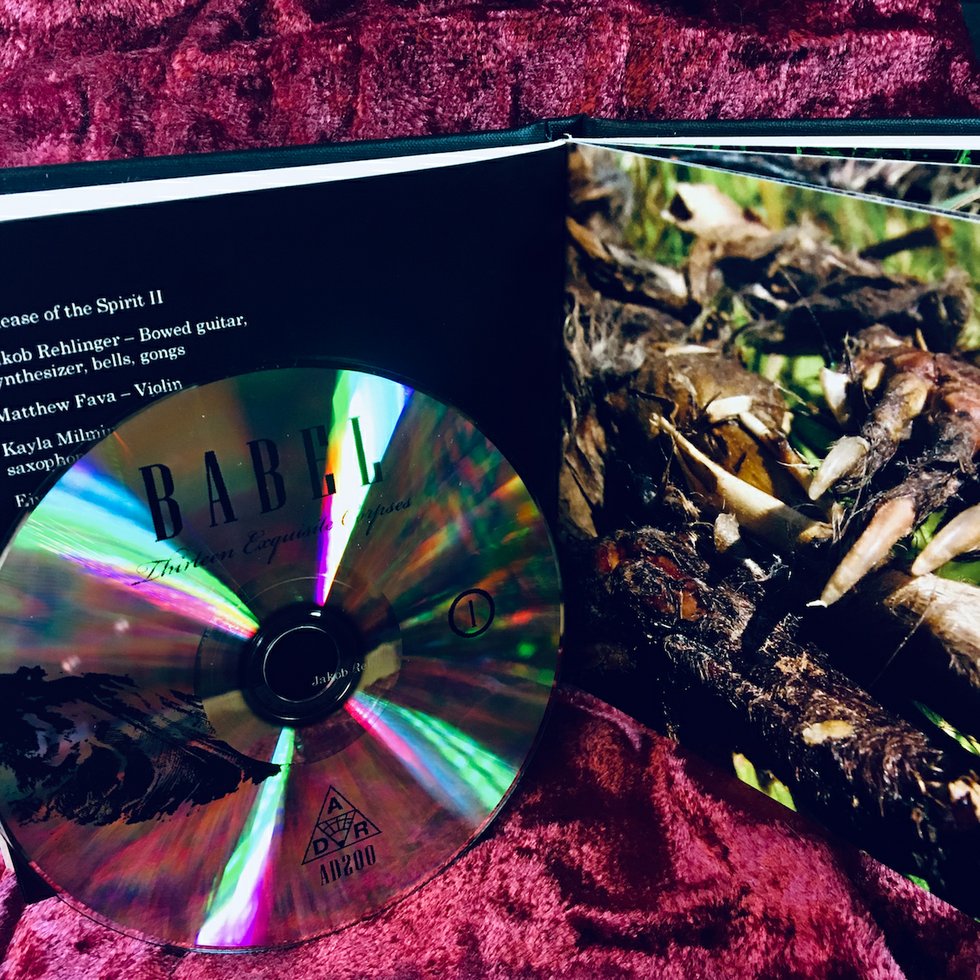 Having moved to Toronto over a decade ago, after exposing local and Canadian weirdos (Gown, Nick Storring, Clara Engel, Colin Fisher, Holiday Rambler, etc.) to an international contingent of dedicated fans and followers with CDr, cassette and vinyl releases, I am closing up shop.

As hard as it is to accept, you no longer need micro-labels to disseminate underground music. That role is now filled, and you could argue in some ways filled better, by Bandcamp and Spotify.

In 1979, if The Fall recorded a song in the forest and there was no one there to put it out on a 7-inch, did it exist? For all intents and purposes, no. In the pre-digital era – before Napster, then SoundCloud, then Bandcamp and Spotify – recorded music only existed on physical formats. Mainstream glossy music magazines, photocopied zines and early blogs simply weren’t able to write about an album based on a URL, as is conventional nowadays. If it wasn’t available on a CD, cassette or LP, the general public wasn’t going to hear it – or even hear about it.

There were no Spotify discovery algorithms to guide you to The Tower Recordings, there was Andrew behind the counter at the record store. There was no Bandcamp tag you could follow, there was a genre-specific college radio show on between 11pm and 1am on Tuesdays. Bands and fans, reviewers and DJs, were all beholden to labels, whether that was Warner or Foxy Digitalis. Labels of all sizes were more than vital, they were it.

But now, a band doesn’t need a record label to put out their album, because an album doesn’t need to be a record. It can exist completely virtually as a download from Bandcamp or a stream on Spotify. Increasingly, what a band needs a label for is to be a PR firm, agent and manager, to get them on the right playlists, which will in turn get them on the right festival lineups. That’s because there’s no longer career-sustaining money in selling music – physical or digital – but conventional wisdom says there is still a bit in playing live. Physical records themselves are a sort of affectation left over from the old model.

And there’s nothing wrong with affectation in an industry, let’s be honest, built entirely on affectation. I love the affectation. If a struggling band needs a label to bankroll the pressing of an album just so they can hold that existence-affirming artifact in their hands, that’s cool. But while labels can still maintain a sort of brand recognition and loyalty due to the careful curation of their roster, that doesn’t matter much when people are discovering music solely via Spotify playlists. The band can get by without an LP and without a label.

Small labels can and will continue to exist, and there’s still value in them existing, but it’s hard to say they still need to exist. The world, I’m perfectly happy to admit, can now get by without Arachnidiscs Recordings.