The DJ, radio host, promoter and music industry mentor always wants to make a positive impact, no matter how she does it 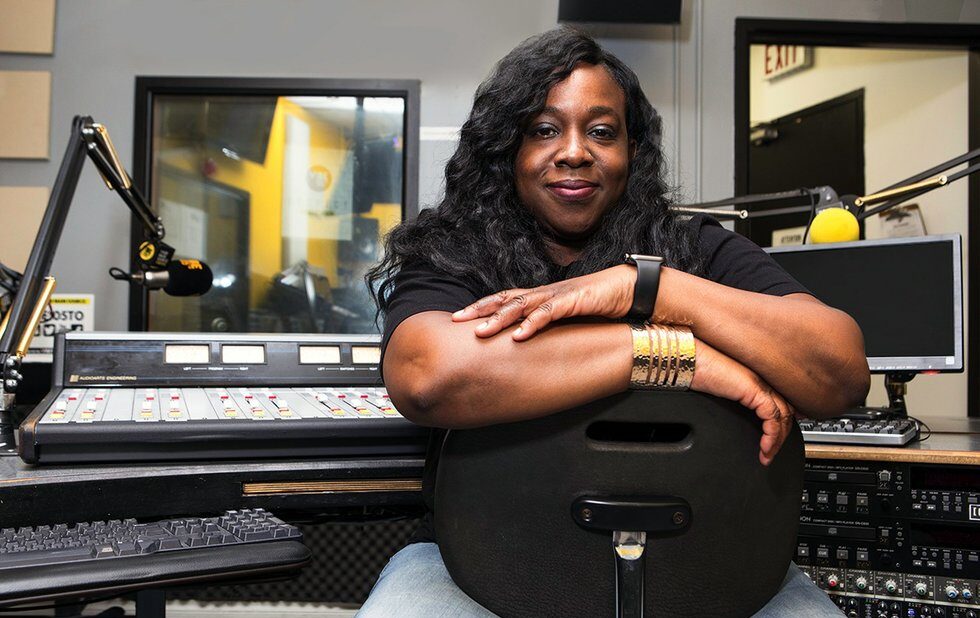 It’s been 25 years since Mel Boogie began her music career, and the versatile, indefatigable Toronto DJ has decided to celebrate. The strength of the lineup for her anniversary party – which features local hip-hop legends like Michie Mee alongside up-and-comers like quick-tongued quartet The Sorority, with whom Mel just completed a national tour as their DJ – speaks to the high regard she continues to earn.

The key to her longevity is her multi-tasking skill set. Ever since her humble beginnings doing community radio graveyard shifts in the early 90s (which was around the time I met her), Mel Boogie has been an influential force as a DJ and behind the scenes as a mentor and provider of opportunities to emerging artists – especially women.

She’s lost none of her prowess behind the decks. Her upcoming compilation album, DJ Mel Boogie Presents the L.I.F.E. Project, will feature Mel’s hand-picked lineup of all-women MCs rocking over a curated suite of uncompromising beats. Giants, a new single featuring Eternia and pHoenix Pagliacci, drops the day after the celebration.

She’s a great DJ, but she’s more than that, too.

I remember first meeting you early on in your career at York University. When does this event’s 25 years date back to?

I started at CHRY 105.5 FM in 93, fresh out of high school. One of the senior staff members at the time was [CBC Metro Morning host] Matt Galloway. I call him my college radio hero because he shows me that there’s life after college radio. [The radio station] had paired me up with two other female students who wanted a show, and we got the 2 to 7 am slot. So I just literally learned how to DJ on the air.

Aside from working at CHRY, you also hosted Droppin’ Dimez on CKLN and CHRY (from 2001 to 2014), arguably the only hip-hop show completely hosted and produced by women in North America at the time. How did that come together?

I left [CHRY] and after a small gap of time I went to CKLN to help Lindsay Bess on Droppin’ Dimez, which ended up being 15 years of my life. She was like, “Well, you haven’t been on the air in a while. Do you want to come help out one night?” And then I never left.

Even now I have people coming up to me saying, “I grew up listening to you. I remember Droppin’ Dimez.” The vain part of me kinda feels a way because, reading between the lines, I feel like they’re telling me that I’m old. [It’s] like, “Who you calling Auntie?” But I appreciate the respect. It feels weird, but it feels good at the same time.

You currently host a show on Vibe 105 FM. In the age of streaming what is the role of community radio?

I think it’s still a strong resource for artists. Streaming is so saturated that it’s really hard to find those emerging artists, that diamond in the rough. Through community radio, when you have a certain artist in the studio, we’re not just playing their music, we’re also giving them an interview and finding out what their story is and what part of the city they’re from, what got them into music. We’re adding that personality and that texture to their story, which you don’t get from casually going through Spotify.

We’ve talked a lot about radio but that’s just one aspect of your activity in the industry. Can you talk about your involvement in the Junos, for instance?

This year is my first year as co-chair, but I’ve been on the Juno rap committee for quite a few years. I’ve been pushing to get more women involved. This year we have more than just me, which is great. We review the submissions and ensure that they qualify for the category and create awareness for artists who may not know how to submit to the Junos or what it means to be a nominee.

In addition to that, I’ve been on the Urban Music Association of Canada board. I’ve been a part of [Canadian women emerging-artist talent showcase] Honey Jam since 1995.

I’m a workaholic and that helps, but wherever I see there’s a gap and a way to support people, I want to do that. It’s really hard [for independent artists], and I want to make it easier for them. If I’m able to do what I love doing on the ones and twos, then I want them to be able to do what they love. And as challenging as it is for artists, it’s even more challenging if you are a female artist. There are so many other challenges entering as a woman.

What does it mean to you to have so many people want to be on the bill for your anniversary show?

It definitely means a lot. When you do stuff because you love doing it, you just keep it moving and you’re not sure if you’re always making an impact on people. Once we announced that it’s my 25th anniversary and I’m actually doing something for it, people who were close to me and who didn’t know me at all were like, “Yo, it’s about time you do something [to celebrate].” It’s important to document your own milestone because once it’s gone, it’s gone.

I’ve been blessed enough to do something that I love for 25 years. I’m a woman, I’m a wife, I’m a mom, I have three kids and I’ve been able to do that while getting my degree and working full-time and teaching piano and all these other things. It’s the love of the music that’s kept me going for this long. I’m working as hard as I do because there are people I love who aren’t here to do it anymore, like King Reign and DJ Son of S.O.U.L., who definitely had a positive impact on me and hundreds, if not thousands, of other people.

That’s why I keep doing what I do. Tomorrow isn’t promised and I want to be able to know I did make a positive impact on someone.