From Indigenous reclamation to David Bowie obfuscation, these six artists are building new worlds of sound 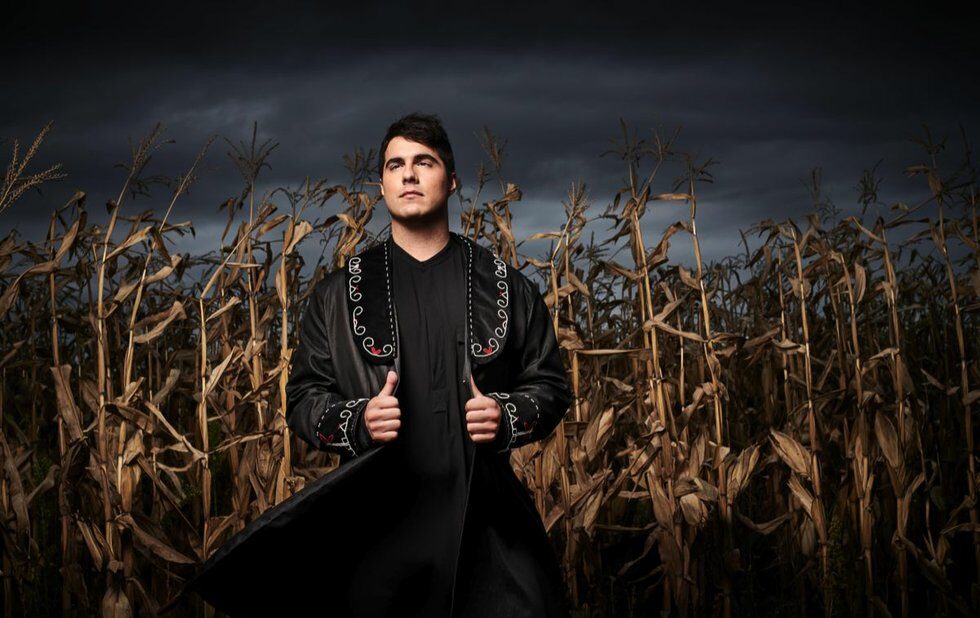 “We’re just so hungry for language,” says Wolastoqey singer/songwriter Jeremy Dutcher. “It’s vital to who we are and it tells us how to live and relate to each other.”

If you caught the New Constellations show in December, you were likely blown away by Jeremy Dutcher’s booming operatic voice and sweeping performance. For the last five years, Dutcher has been working on a collection of songs, to be released this spring, which mix traditional music of the Wolastoqiyik (Maliseet people) and contemporary classical elements for a powerful message that both proclaims and reclaims.

“I looked in the classical western canon for material that was either written by or dealt with Indigenous issues,” Dutcher explains. “And the things I found were not from a perspective that honours and respects but rather one that others and romanticizes.”

So Dutcher sought out wax cylinder recordings of the traditional songs of his ancestors from the early 20th century – a time when Indigenous cultural expression was criminalized. Extracted by an ethnographer, these field recordings are kept at the Canadian Museum of History.

Dutcher flushed out the melodies and built compositions around them with classical instruments but also electronics, as heard on the breathtaking Honor Song, a stand-alone single that acts as a preface of sorts for the album.

“This record is about access,” Dutcher says. “I’ve gone into the archive and absorbed all of this knowledge and cultural beauty into this mirror and I’m taking it and reflecting it into the community.

“We have been here for a very long time, we’ve been doing our thing and it’s really beautiful. So let’s keep living in beauty.”

Saxophonist, co-founder of TONE festival and super-collaborator Karen Ng (Broken Social Scene, Feist, Andy Shauf, Bry Webb, the Holy Gasp, L CON) is a mainstay in Toronto’s improv music community. After a full year of touring, culminating with her being named a finalist for the 2017 Toronto Arts Foundation Emerging Artist award, Ng has taken some time to compose new works for various ensembles, including the Josh Cole Quintet (Cole, Ryan Driver, Brandon Valdivia, Matthew Pencer), who will perform every third Wednesday of the month at the Tranzac this year. Ng’s own year-long residency at the Tranzac with an array of folks happens on the fourth Thursday of every month. And keep an eye out for the return of TONE!

If you’ve found yourself at a show lately where the music hovers somewhere in the folk, experimental-pop or jazz realms, you have likely seen Brodie West. In his various projects – Eucalyptus, The Brodie West Quintet, Ways (a duo with drummer Evan Cartwright), to name a few – West’s sax playing can be muted or bold, while his own compositions burn in coloured hues like a neon light. Look for a full-length record from his quintet and the debut release by Ways (mixed by Sandro Perri) out later this year.

The sonic-world-building of Bekah Simms is nuanced and complex, especially now that she has been augmenting her acoustic compositions with electronics. Simms has a solid foothold in Toronto’s burgeoning chamber music scene, and her achievements have not gone unnoticed – she earned a spot on CBC’s 30 hot Canadian classical musicians under 30 in 2016 and the Canadian Music Centre’s Toronto Emerging Composer Award in 2017. Right now, she’s writing a piece for two saxophones and electronics based on David Bowie’s Blackstar. She’s also recording an album (to be released in the fall) of her chamber and solo works. It should be a treat for both classical and experimental music fans alike.

Explorative percussionist Germaine Liu has a knack for making pieces in unlikely ways from unlikely objects. Last fall she made a big splash at the Music Gallery’s X Avant Festival with a water-based performance with percussionists Mark Zurawinski and Joe Sorbara. Currently, she’s creating new pieces with flashlights for a percussion ensemble. Her CeramiX project, meanwhile, involves composing with Chiho Tokita’s ceramic pieces as instruments. No matter what she’s doing, her works are contemplative and euphoric, rattling around your consciousness long after she finishes playing.

Blending experimental music with performance and visual arts, Willes’s thoughtful sonic installations restore a sense of place in a city that feels increasingly ephemeral. Last year he was artist-in-residence at the Toronto Public Library Scarborough Civic Centre branch, holding “quiet concerts” that encouraged audiences to experience the library’s delicate, hushed acoustics. Equally noteworthy was his collaboration with Anne Bourne and performance collective Public Recordings for a reworking of Pauline Oliveros’s expansive and meditative deep listening piece To Valerie Solanas And Marilyn Monroe In Recognition Of Their Desperation. This year Willes will present the second re-staging of Oliveros’s piece, and develop a new work with teenage performers, which came out of his Toronto Public Library residency.