Was 2019 the year fandom turned toxic?

This summer I finally had a close encounter with the Arianators.

At Ariana Grande’s sold-out Sweetener world tour stop at Scotiabank Arena in June, they were there in their uniformed citizenship, clad in their oversized sweaters, thigh-high boots and double buns. Echoing the cultish pastel athleisure of the congregations that showed up to Kanye West’s Sunday Service shows this year, their total commitment to Ari’s aesthetic was charming, but also a little bemusing.

To be honest, I was actually more struck by the rigour of Ari’s faithful than her IRL concert presence. But that fervour this year, at times, turned nasty.

Look no further than their relentless targeting this spring of her ex-boyfriend, Saturday Night Live cast member Pete Davidson (the muse of her breakup anthem thank u, next) and the racist and violent threats they directed at Toronto writer Roslyn Talusan in response to her Playboy essay critiquing Grande’s pattern of Black and Asian culture appropriation.

In both cases, Grande was surprisingly muted in chastising her fanbase.  “She consistently remains passive as her stans viciously attack non-celebrities,” Talusan said in a BuzzFeed interview. “It’s become a pattern of hers and it’s harmful considering how she positions herself as an advocate for equality, vocal feminist and [2SLGBTQ+] ally.”

Indeed, Arianators had more impact this year than Ariana Grande herself. And they weren’t alone. In many ways, 2019 was the year that toxic fandom took over music.

You could say this has been a long time coming. In the past decade, fandom has emerged as an unparalleled force in mainstream culture. Just look at how corporate overlords at Marvel and Star Wars thrust their stars through the ComiCon gauntlet. Fans are no longer on the sidelines, but full-fledged participants in the ways studios and labels are packaging and distributing their media products.

Nowadays in music, you aren’t an icon without an anointed fanbase. Beyoncé and the Beyhive. Gaga and her Little Monsters. If Taylor Swift or Nicki Minaj are attacked, a simple clapback – as Nicki did last year on Twitter when local writer Wanna Thompson dared to criticize her recent music direction – spurs Minaj’s 21 million Barbz to viciously attack. (In that case, Thompson was harassed to such a degree that she was doxxed and lost her internship with an entertainment blog.)

The clapback is the new dog whistle. While celebrity clapbacks are often applauded – especially when directed toward cyber bullying – this year they were increasingly aimed at professional music critics and writers who were simply doing their job. 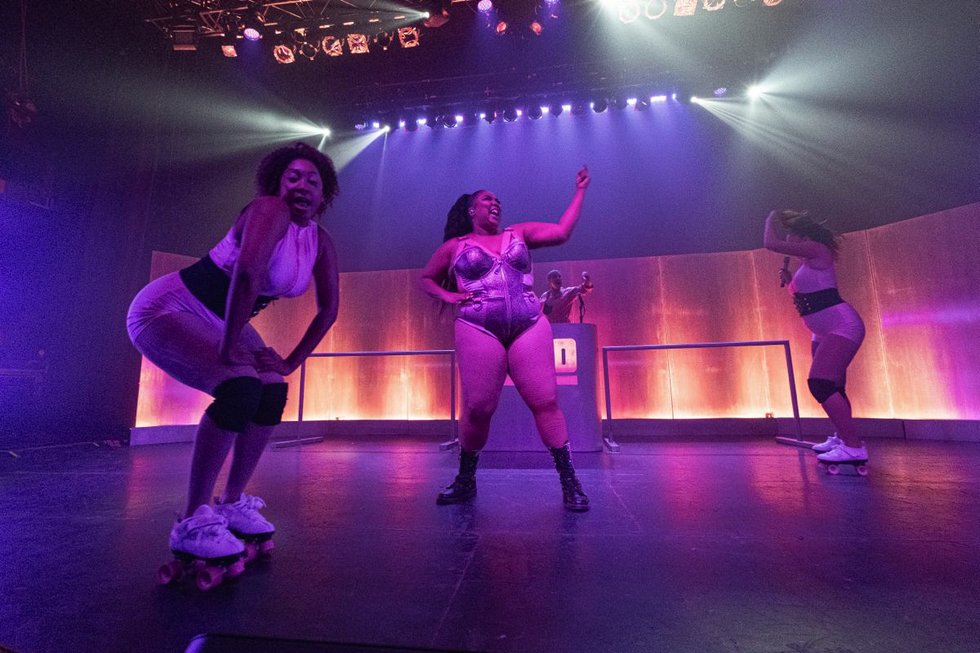 When Pitchfork reviewer Rawiya Kameir published a 6.5 review of Lizzo’s Cuz I Love You album, the singer and rapper aired her frustration with a caps-locked subtweet.

Kameir’s criticism was fair and measured, championing the artist’s focus on body positivity and female empowerment while noting the homogeneity of its musical production, but that didn’t stop Lizzo’s messy overreaction: ““PEOPLE WHO ‘REVIEW’ ALBUMS AND DONT MAKE MUSIC THEMSELVES SHOULD BE UNEMPLOYED,” she tweeted. That tipped off tumultuous year for Lizzo that coincided with her major breakout, including a lawsuit from a former Postmates driver after Lizzo’s Twitter complaint about bad service led to the driver getting social media abuse from fans.

I don’t expect celebrities to be aware of the ongoing media layoffs, cuts and buyouts that have been happening since the industry’s collapse during the Great Recession. But the impact has been dwindling arts coverage, not to mention freelance writers being vulnerable and exposed to these online attacks.

The nature of social media is to multiply the extremity of any interaction. And in the age of Trump, alternative facts still reign online. Last year, it was discovered that much of the trolling ire over The Last Jedi was driven by Russian bots. A month ago, China followed California in making “deepfakes” a criminal offense without full disclosure.

All this to say that toxic fandom is symptomatic of bigger things happening in world politics and fan culture in general: power dynamics, ownership, belonging.

Taylor Swift, now an outspoken critic regarding the music industry’s institutionalized sexism after the sale of her masters to Scooter Braun’s Ithaca Holdings, has raised awareness for the unfair record deals many young artists are forced to sign. But this advocacy came at the heels of her issuing a Tumblr call to Swifties to mobilize against Braun and his artists, which include Justin Bieber, Ariana Grande and Demi Lovato. Swift – who has often played into a white victimhood narrative – essentially weaponized her fanbase. (Braun later claimed his family received “numerous death threats” following her stan call.)

What to look forward to then in 2020? Perhaps stans thinking for themselves. When Drake was booed at Camp Flog Gnaw, Vice’s Jaelani Turner-Williams blamed a mix of entitlement and on-demand access of music, with fans thinking “they have control of the aux cable.”

While I can appreciate the need to rein in fandom’s entitlement, let’s also recognize where it comes from. Fans were promised community and faith in their stanning. Now they’re being gouged by pre-sale ticketing and ever-more-expensive Supreme-like pop-up drops of official artist merch.

The term “stan” was coined almost 20 years ago, named after the obsessive psychopath in the Eminem song. As Slate’s Jack Hamilton notes in a reflection on 2019 music fandom, it’s now an aspiration. In his view, the supposed sainthood now cast on pop stars and the way streaming obscures the industry’s actual economic realities “offers the illusion that fans and stars are ‘closer’ to one another than ever before.”

Here’s hoping, then, that artists can come to realize the power and responsibility they wield with their hardcore stans. And, in turn, fans can realize how they’re prone to being monetized and weaponized. Without the toxicity, fandom can be a beautiful thing. Hopefully the next decade will yield a gentler, healthier fan culture.