The anxiety about Toronto’s rapid transformation from a globally renowned cultural hub to a development hell-scape is palpable. Despite our supposed commitment to becoming a music city, venues keep closing, and arts funding is drying up.

Though some are lamenting the closures, one segment of the population has had to operate in a music infrastructure that never really made room for them in the first place. For racialized communities, the urgency to forge a music scene as diverse as they are has existed for decades.

After throwing a series of town hall meetings attended by artists and community organizers, co-founders Che Kothari and Ryan Paterson established Manifesto in 2007 as Toronto’s largest – and only – hip-hop festival, with an emphasis on showcasing local talent not readily supported by the scene.

In the 11 years since, Toronto became a hotbed for music fests, many of which tout healthy ticket sales and in-demand international performers, wrangled by seasoned promoters. Things have since cooled, with global imports Bestival and Riot Fest both making an exit after two years in Toronto, and the Toronto Urban Roots Fest’s return is still up in the air.

But Manifesto succeeds by making a commitment to local music and continuing the conversation it began over a decade ago. 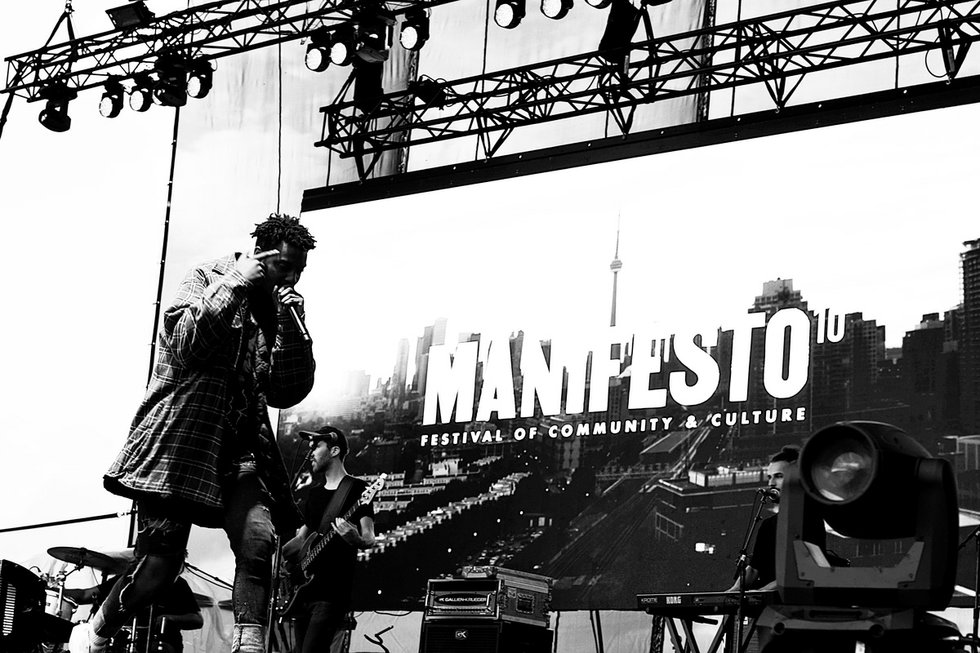 “When we look at our programming, it’s paramount that we put [local artists] at the forefront. Manifesto is about Toronto,” Kothari says.

“It’s about our unique voice, what we can offer back to our local communities and then the world. It’s always been about highlighting and creating space and a platform for our artists to represent themselves and build their visions and careers.”

Collaboration remains at the heart of the festival and is key to its longevity. The Manifesto website indicates it’s had the help of over 1,200 employees, 800-plus volunteers and more than 60 interns through the years.

“The list of people who contributed to what this organization has become and the work its done is really long,” says Paterson. “It’s been a lot of pooling of passion and talent and resources to come together.”

The organizers are big on tradition but also invite change. They’ve done some reshuffling this year, opting to roll out the festival over the summer, fall and winter months instead of the staple mid-September blowout.

Samuels first attended a Manifesto event in his teens and credits it with inspiring him to found his own collective. It was his earliest experience of a safe space for racialized artists and performers – a type of space he says remains “unethically” scant in Toronto’s music scene.

“Sometimes [venues] are just accepting [people of colour] because they want a buck. The integrity of the space is totally compromised because a person in that space can be racist or disrespectful, and that could be triggering,” Samuels says.